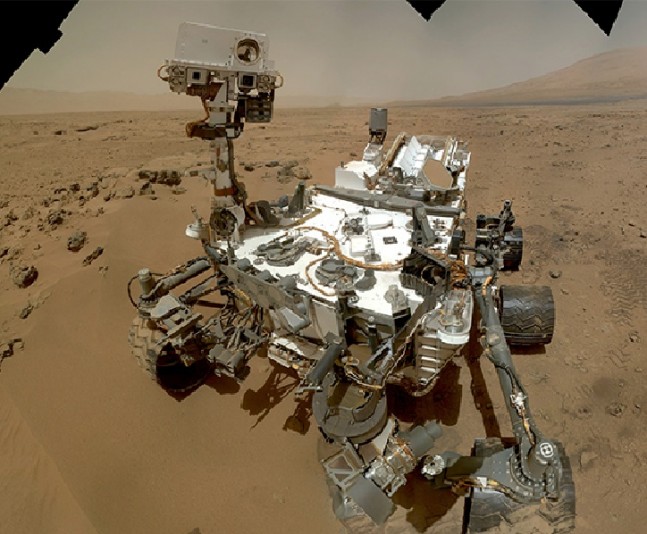 The agreement with CNES will allow the French space agency to build the mast for the SuperCam component of the Mars 2020 rover. SuperCam will be a more advanced version of the ChemCam component operating on the Mars Science Laboratory Curiosity rover. ChemCam analyzes the minerals in rocks and soil in order to determine their composition and to decide which samples will be investigated by the rover’s other instrumentation. SuperCam will take the process a step further, analyzing not only the composition of rocks and soil but also searching for biosignatures – elements, isotopes, molecules, or other evidence of past or present life. It will also decide which samples will be collected and returned to Earth.

“I’m delighted that our long time partners CNES will join us on the next step in our journey to Mars,” Bolden said. “We’re paving the way for humans to visit the Red Planet and working to answer one of the key questions for all humanity: has there ever been life elsewhere?”

Meanwhile, the agreements with Spain are for continued cooperation on the Curiosity rover, as well as the NASA Interior Exploration using Seismic Investigations, Geodesy and Heat Transport (InSight ) mission and the Mars 2020 rover. “NASA is proud to continue our strong collaboration with Spain that is already producing amazing results on Mars,” Bolden said. “We look forward to this next phase of our partnership and a wealth of data about Mars, the next destination for human exploration.”

The NASA InSight mission will place a geophysical lander on Mars in order to study the interior of the Red Planet. According to NASA’s InSight page, “By using sophisticated geophysical instruments, InSight will delve deep beneath the surface of Mars, detecting the fingerprints of the processes of terrestrial planet formation, as well as measuring the planet’s ‘vital signs’: Its ‘pulse’ (seismology), ‘temperature’ (heat flow probe), and ‘reflexes’ (precision tracking).”

The Mars 2020 rover is essentially an improved version of the Curiosity rover. It will measure about 10 feet long (about 3 meters), 9 feet wide (2.7 meters), and 7 feet tall (2.2 meters). According to NASA’s website, the exact science objectives for the mission are still under consideration, but the primary objectives are to characterize the geologic processes in areas determined to have once been habitable, to search for biosignatures, to collect samples, and to contribute to the information needed for eventual human explorers.