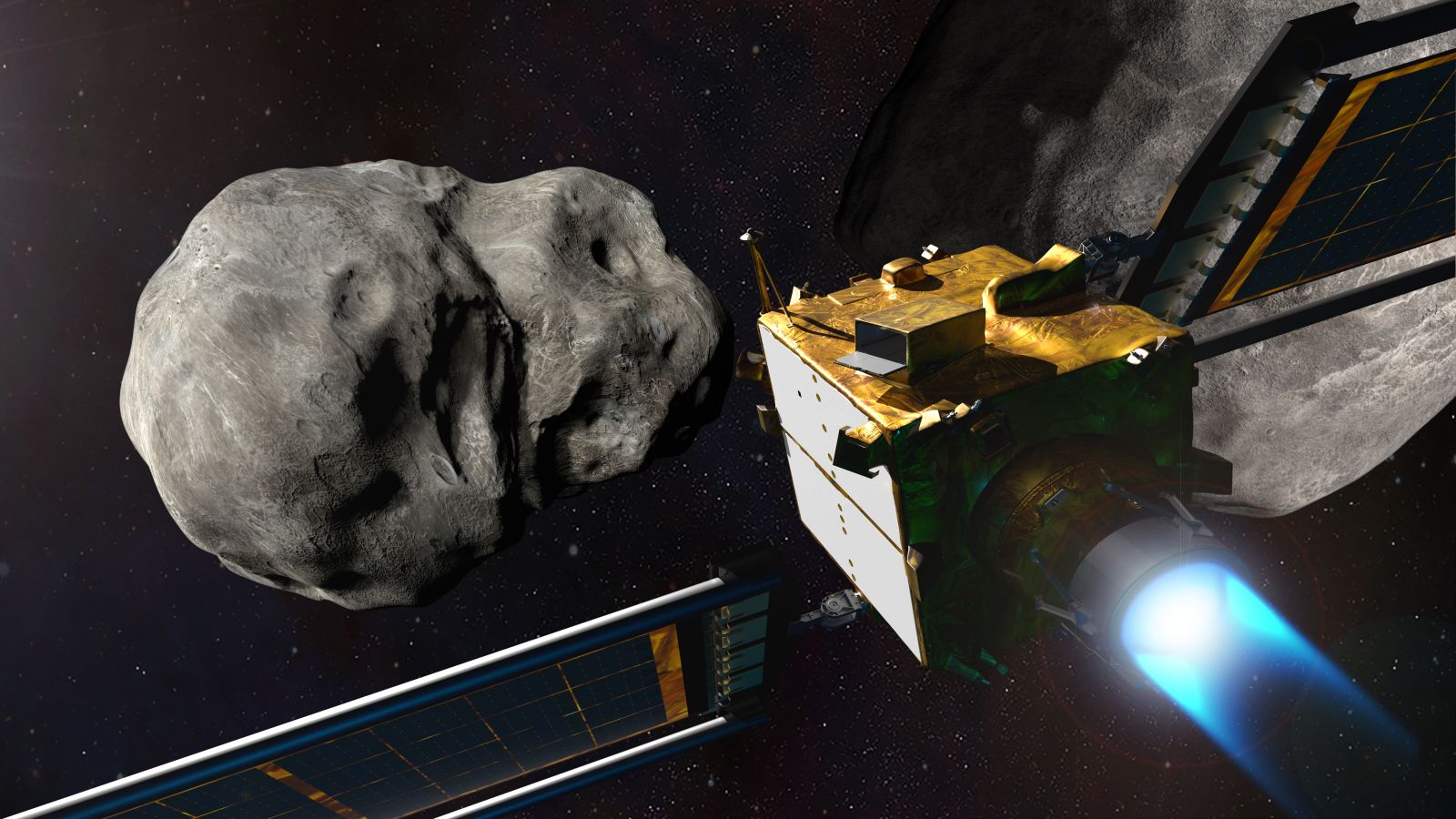 NASA’s Double Asteroid Redirection Test, or DART, is set to launch this week in order to deliberately crash into an asteroid less than a year from now. Credit: NASA/Johns Hopkins APL

NASA is set to launch a spacecraft specifically designed to crash into an asteroid to demonstrate a planetary defense technique.

The mission, called Double Asteroid Redirection Test, or DART, will be the first test of an in-orbit deflection test of kinetic impact technology. Liftoff of the spacecraft is set to occur at 1:20 a.m. EST (06:20 UTC) Nov. 24, 2021, atop a Falcon 9 rocket from Vandenberg Space Force Base in California. 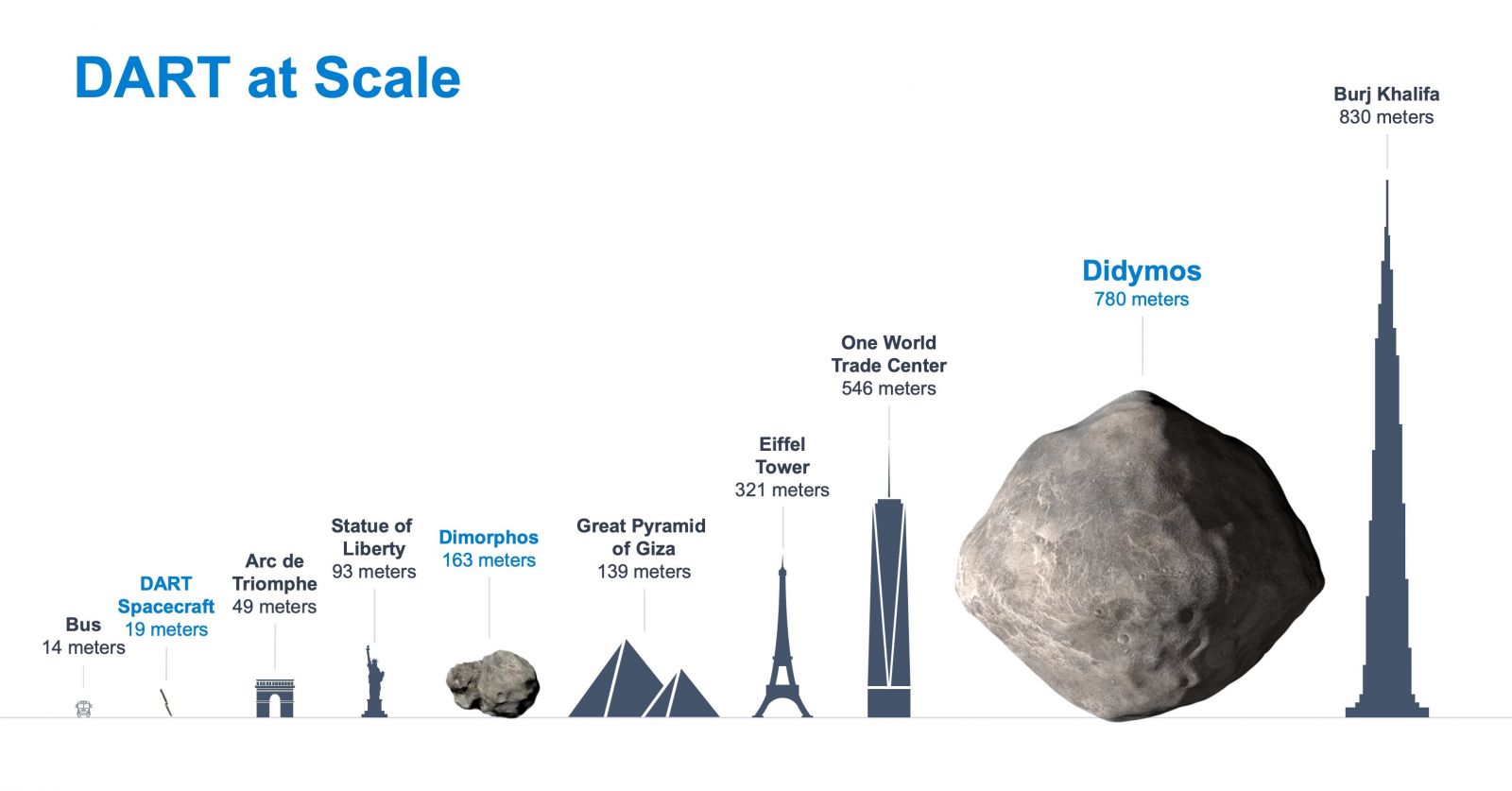 The scale of the DART spacecraft compared with its target asteroids and several Earth landmarks. Credit: NASA/Johns Hopkins APL

Once launched, NASA plans for DART to impact Dimorphos with a speed of 4 miles (6.6 kilometers) per second in late September 2022, changing the orbital velocity of the moonlet by about 0.4 millimeters per second. This doesn’t sound like a lot, but NASA said this is expected to change the orbital period of the small body by several minutes.

After the test, Earth-based telescopes are expected to measure the change in the orbital velocity of Dimorphos.

NASA wants to test the asteroid deflection capabilities of kinetic impact technology before a real threat is directed at Earth. The agency said Didymos is not a threat to Earth and its orbit does not intersect with the planet at any point.

NASA hopes to use this launch as testing grounds for collecting data after deliberately crashing the DART spacecraft into the asteroid systems effectively adjusting their course should an asteroid collision with Earth become a real concern.

Preparations and rehearsals for this launch had to be completed successfully between APL Mission Operation Center in Maryland and spacecraft launch operations in Vandenberg, California prior to launch.