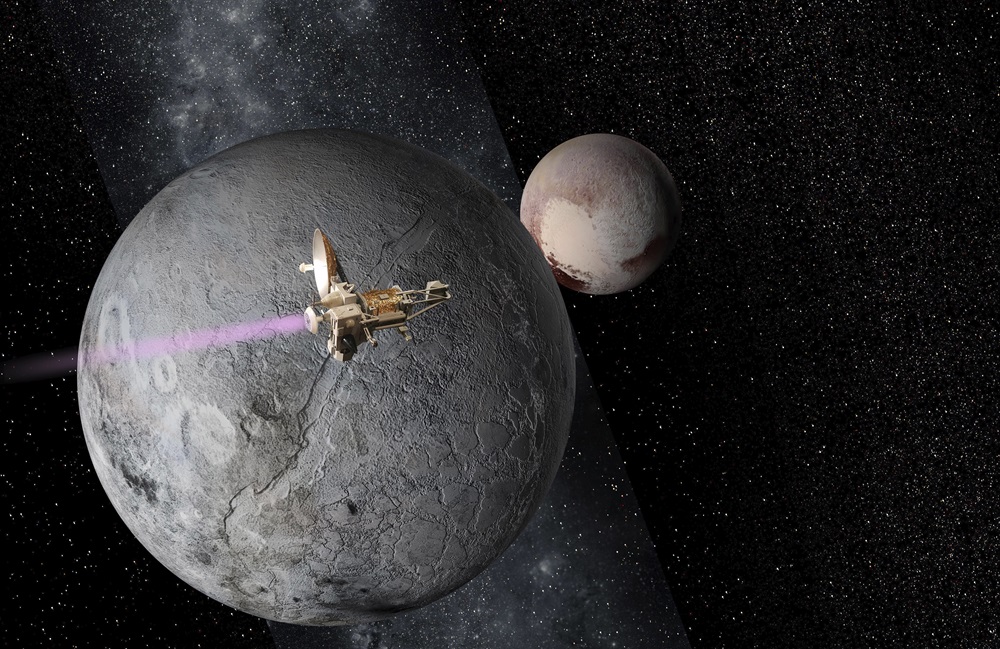 NASA is funding a study by the Southwest Research Institute (SwRI) to explore the feasibility, nature, and cost of a return mission to Pluto, this time with an orbiter.

The study comes four years after the New Horizons spacecraft flew by Pluto on July 14, 2015, revealing it to be a stunningly beautiful and complex world.

However, because that mission was a fast flyby, only one of Pluto’s hemispheres was mapped in high resolution. Data collected was limited to conditions of that particular day rather than observations of seasonal and geological changes over time. Just 40 percent of Pluto and Charon were mapped in high resolution, and no close approaches were made to the system’s four small moons.

One of 10 studies NASA has approved in anticipation of the Planetary Science Decadal Survey, a document issued once every decade by the National Academy of Sciences outlining priorities for planetary science missions, the orbiter proposal will focus on “the important attributes, feasibility, and cost of a possible Pluto future orbiter mission.

SwRI conducted its own internal study of a potential Pluto orbiter in 2018, led by New Horizons principal investigator Alan Stern. which addressed both spacecraft design, science instruments, launch vehicle, and chemical propulsion the mission would need.

A major study finding was that the mission could save fuel by using close flybys of Pluto and Charon as gravity assists. Such maneuvers were conducted by the Cassini mission via Titan flybys and would significantly reduce the fuel the spacecraft would have to carry upon launch. 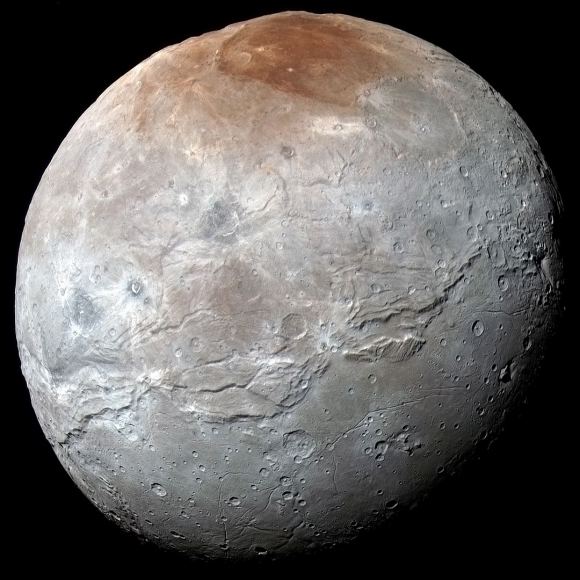 Even with the use of this maneuver, an orbiter would weigh about five times as much as New Horizons because it would have to carry enough fuel to brake at Pluto and enter orbit.

Following the New Horizons flyby, scientists debated whether to return to Pluto with an orbiter or visit other dwarf planets and Kuiper Belt Objects (KBOs) with flyby missions. SwRI’s 2018 study confirms a single spacecraft could orbit the Pluto system for two years, then use a gravity assist from Charon to propel it to a second dwarf planet as well as a small KBO similar to Ultima Thule, New Horizons‘ second flyby target.

“This is groundbreaking. Previously, NASA and the planetary science community thought the next step in Kuiper Belt exploration would be to choose between ‘going deep’ in the study of Pluto and its moons or ‘going broad’ by examining smaller Kuiper Belt Objects and another dwarf planet for comparison to Pluto. The planetary science community debated which was the right next step. Our studies show you can do both in a single mission: it’s a game changer,” Stern emphasized.

According to Tiffany Finley, a software specialist at SwRI‘s Space Science and Engineering Division, who took part in the 2018 study, an orbiter could make five or more flybys of each one of Pluto’s small moons, study Charon up close, inspect both Pluto’s equatorial and polar regions, and sample Pluto’s atmosphere.

Like NASA’s Dawn mission, which orbited both dwarf planet Ceres and protoplanet Vesta, a Pluto orbiter could use xenon ion propulsion to travel to a second target and enter orbit around it.

The orbiter would need a much faster communication system than New Horizons, which took 16 months to return all the data it collected to Earth. That means a much higher storage volume than New Horizons‘ 16 GBs of storage and both a transmitter and dish antenna that are 10 times more powerful than those New Horizons carried. Both the technology and software required for these already exists.

Ideally, the orbiter would send data back to Earth approximately every 15 to 30 days.

SwRI‘s study, which envisions launching in the late 2020s or early 2030s, also proposes the spacecraft be equipped with reaction wheels that would enable it to regularly conduct pointing maneuvers at various targets.

Goals for an orbiter outlined in the 2018 study include mapping all of Pluto and Charon in high resolution, using radar to determine the depth of Pluto’s glaciers, studying its atmosphere using a mass spectrometer, identifying the compounds on the surface and in the atmosphere, and using a thermal mapper to learn what is powering the glaciers and whether Pluto hosts any active ice volcanoes. Additionally, a magnetometer would determine whether Pluto’s core is still active while lidar would map those areas near Pluto’s poles that are in permanent shadow.

Radio tracking will allow scientists to answer the question of whether Pluto contains a subsurface ocean of liquid water, which would make it one of the solar system’s growing numbers of ocean worlds, such as Europa and Enceladus, that could potentially host microbial life.

Upon completion, the new, NASA-funded study will be submitted to the National Academy Planetary Decadal Study, which begins next year. The results of all Decadal Survey studies will be published in 2022. 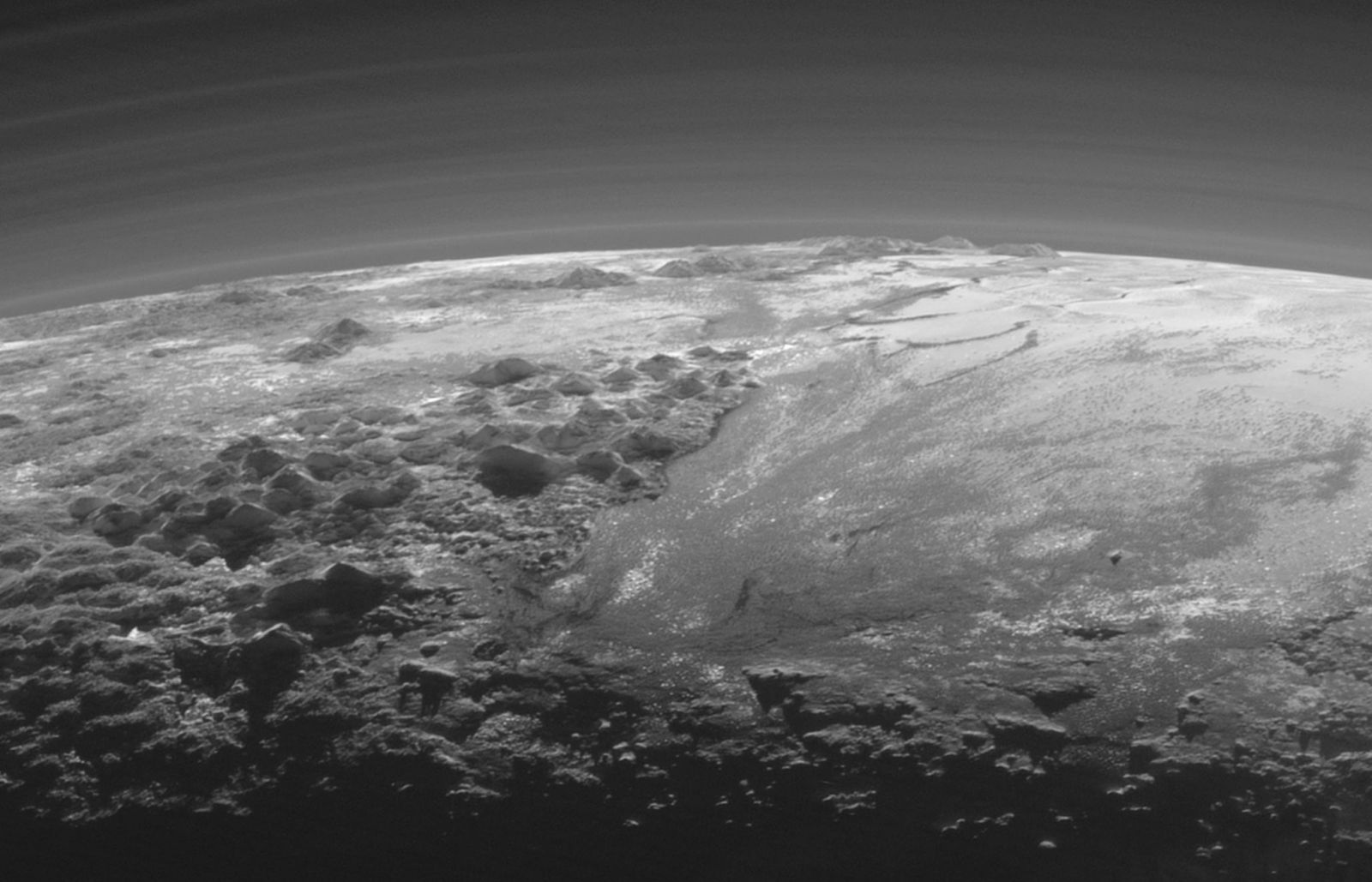