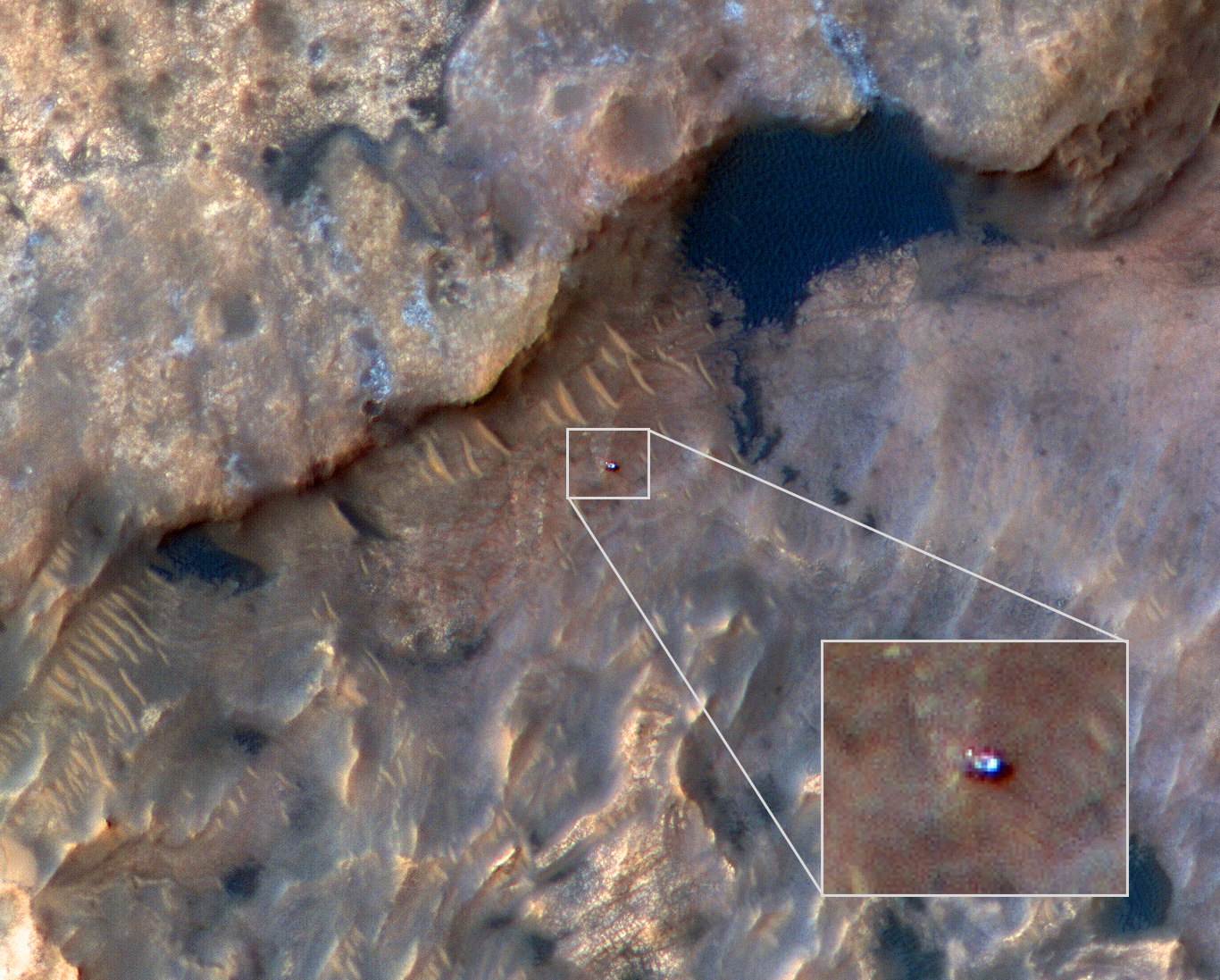 NASA’s Curiosity rover is the blue dot seen in this photo of ‘Woodland Bay’ on Mars’ Mount Sharp, taken by the Mars Reconnaissance Orbiter’s HiRISE camera on May 31, 2019. Image Credit: NASA/JPL-Caltech

NASA’s Mars Reconnaissance Orbiter (MRO) captured an image of the Curiosity rover in a photo of Mount Sharp’s Woodland Bay region taken from orbit on May 31, 2019.

The orbiter used its High Resolution Imaging Science Experiment (HiRISE) camera to photograph this region, known as a “clay-bearing unit” due to its composition, of the three-mile- (five-km-) high mountain that sits within Gale Crater.

Within the ridge-filled, pink-colored landscape, Curiosity appears as a small blue dot just below Vera Rubin Ridge in the upper middle section of the photo. A bright spot visible at the upper left corner of the blue dot has been confirmed to be the rover’s remote sensing mast or “head.” Scientists were able to identify the feature because they knew Curiosity‘s exact position at the time the picture was taken–facing 65 degrees counterclockwise from north. That position placed the sensing mast at the exact location of the bright dot.

A color-enhanced and enlarged image reveals several bright spots on the rover, all of which are visible only when both MRO and the Sun are in specific positions that enable the rover to reflect mirror-like images of smooth regions on the Martian surface. Three or four such bright spots can be seen in the enlarged image of the rover depicted in the inset.