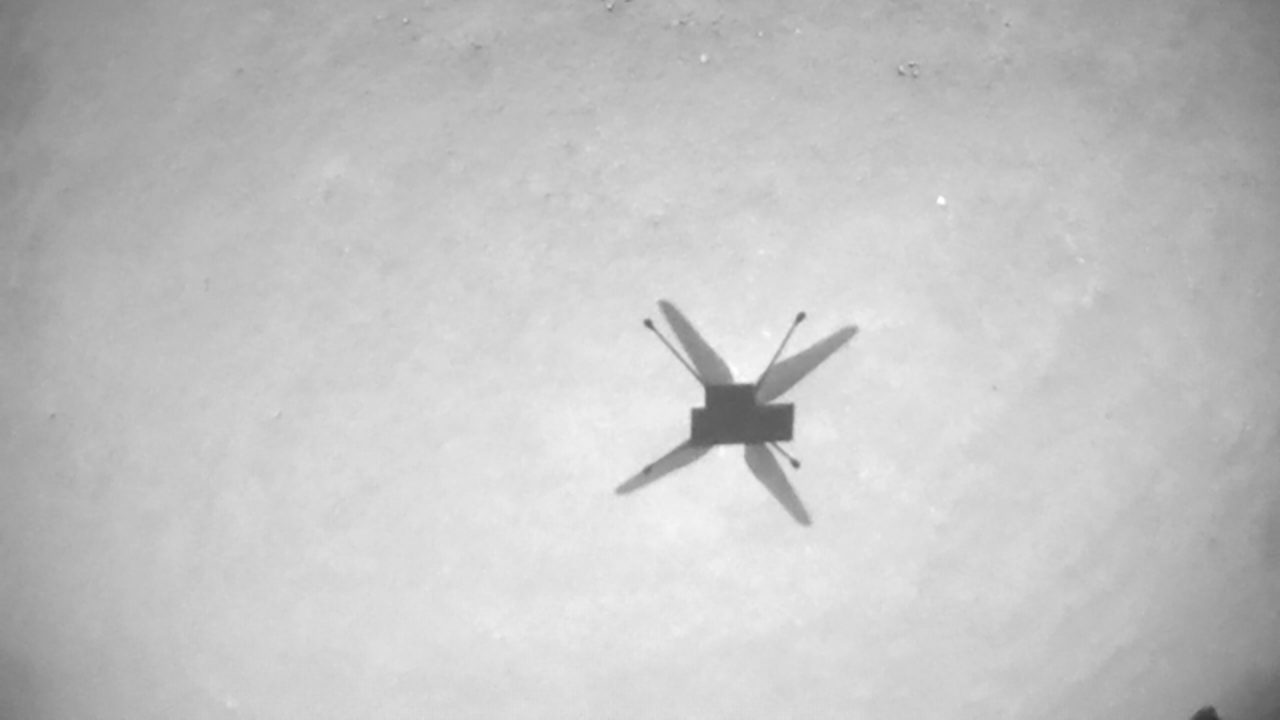 The shadow of Mars Helicopter Ingenuity as seen from its onboard camera as the helicopter makes its 14th flight above the Martian surface. Credit: NASA

The 23-second flight occurred at 4:18 a.m. EDT Oct. 24, 2021, in Jezero Crater. Ingenuity’s flight path took it five meters above the Martian surface followed by a two meter translation to the side in order to avoid an uneven surface caused by sand ripples below.

While this was by no means Ingenuity’s longest flight, it was the first flight to bring the device’s rotors to a top speed of 2,700 rotations per minute, more than five times the average rotor rotational speed for helicopters on Earth.

This flight marked the first in a series of high-RPM flights as the season begins to change on the red planet. The changing seasons on Mars are expected to result in a much thinner air density, making it more difficult for Ingenuity’s rotors to achieve lift.

Engineers at the Jet Propulsion Laboratory wanted to make a small trial run to see how the helicopter performs at such higher RPM’s and found that the capabilities are much the same.

This also marks the first flight since the communications blackout that resulted from the solar conjunction, a period of time in which Earth and Mars were on opposite sides of the sun, causing a blackout period lasting approximately two weeks.

Ingenuity has been on Mars since it’s landing with the Perseverance rover in February 2021. When the helicopter first flew in April, only five flights were planned over about 30 days.

Hear the sounds of Mars via microphones on the Perseverance rover. In the video, you can hear what the Ingenuity helicopter sounds like from the rover during an earlier flight. Video courtesy of NASA’s Jet Propulsion Laboratory