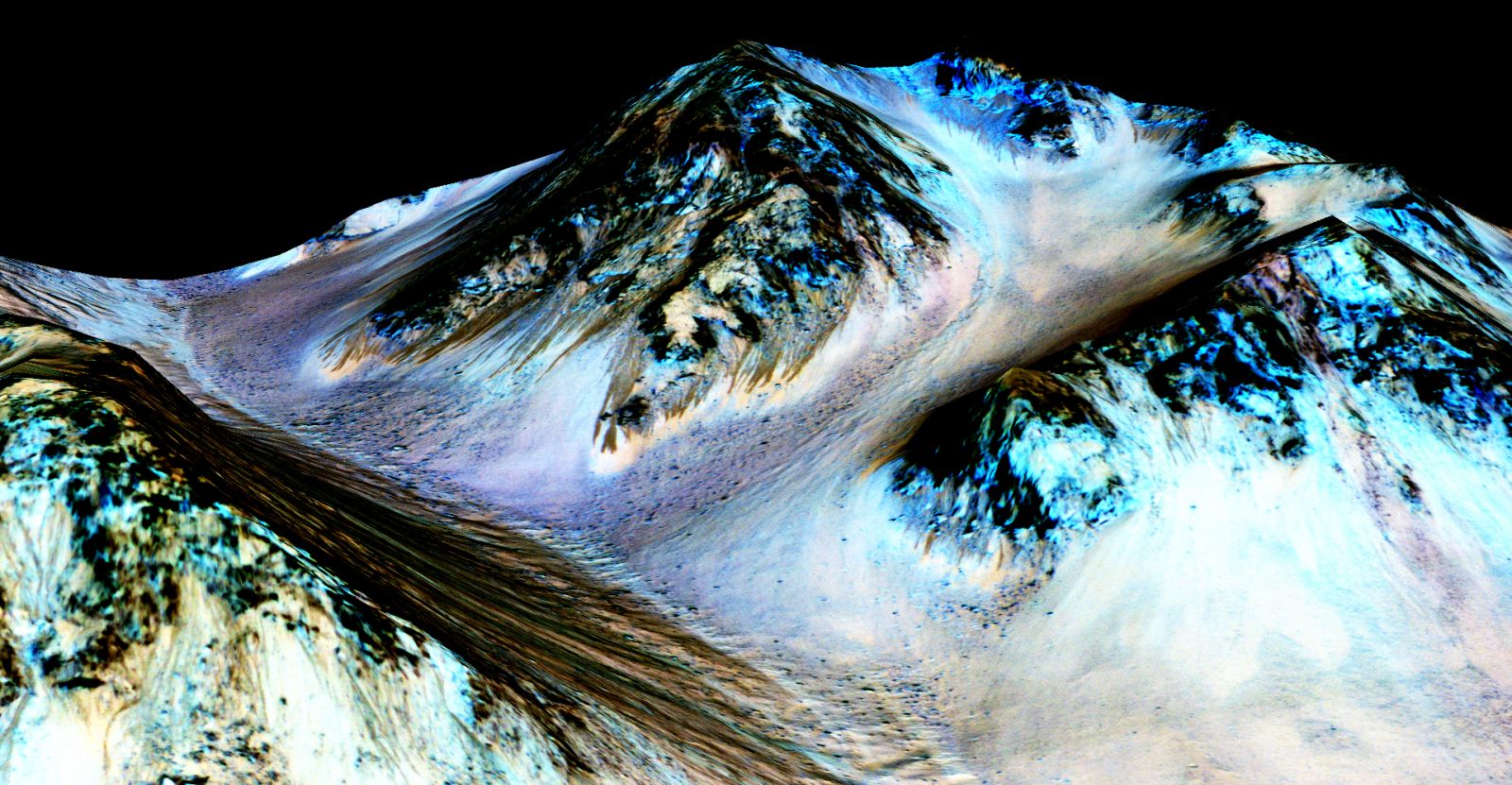 Mars and Saturn’s moon Titan are at the forefront of the search for habitable solar system worlds, but they are very different from one another in terms of the presence of liquid, temperature variations, and the presence of organic compounds, planetary scientist Vincent Chevrier of the University of Arkansas noted in a March 12 online seminar.

Titled “The Search for Habitable Conditions in the Solar System,” the seminar featured an in-depth look at two worlds that are at the core of NASA research on habitability.

During the early 2000s, NASA’s motto in terms of looking for past and/or present habitability was “follow the water,” Chevrier explained.  Maps of Mars were created identifying specific regions that showed signs of past salty water, or brine, and care was taken to avoid any contamination of those sites by microbes that might have hitched rides on landers and rovers.

More recently, the quest for habitability on other worlds has shifted, with the new focus on the formation and stability of liquids, the presence of energy sources, and the existence of organic materials, he stated. 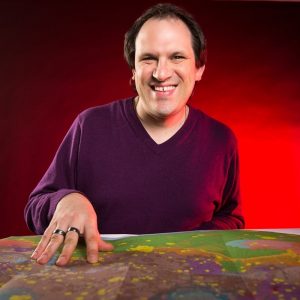 Actual flowing water has never been seen on Mars. Instead, scientists search for clues of its past existence in the form of flow features such as slope lineae.

The stability of brines at both locations is questionable. Because the equatorial region receives more sunlight than other areas, underground brines at shallow depths can easily evaporate. Mars’s low surface pressure causes water that melts to immediately boil away.

“Only the lowest activity brines are thermodynamically stable on the surface,” Chevrier said. Thermodynamic stability means liquid water will not boil, freeze or melt.

Another reason surface brines cannot remain stable for long is the fact that Mars’s temperatures fluctuate wildly from day to night.

Whether brines form depends on the nature and concentration of Martian regolith. NASA’s Phoenix lander, which studied the Red Planet’s north polar region, identified a complex mix of salts at its landing site. But for mixtures of salts to produce a significant amount of brine, the salts have to be separated from one another.

“We have a few hints liquids could have formed on the surface of Mars, but it’s never compatible with the requirements for life. This is a major issue with Mars today.” 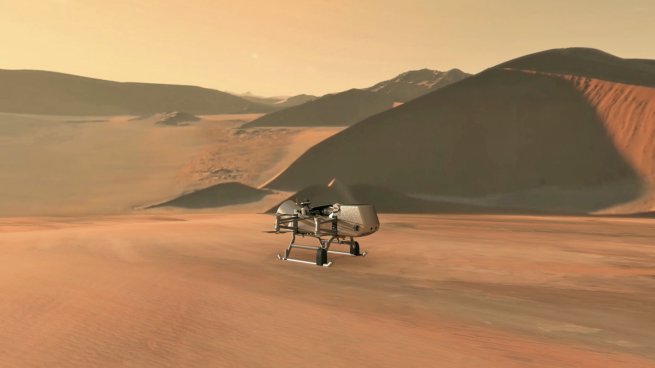 Like Earth, Titan has a hydrologic cycle but with ethane and methane instead of water. Yet little is understood about the way that cycle works, the properties of the liquids involved, and whether chemical reactions can occur inside them.

“We have no idea what kind of chemistry to expect,” and it is unclear whether we can detect whatever chemistry is occurring due to Titan’s distance and obscuring hazy atmosphere.

Unlike Mars, the large moon is rich in complex organics, Chevrier emphasized.

NASA’s Cassini orbiter, which studied the Saturn system for over 13 years, detected liquid methane, ethane nitrogen and small amounts of other compounds on Titan, along with storms and rain, evaporation, and atmospheric aerosols.

Interaction between the Sun’s ultraviolet rays and surface methane and ethane produces tholins, complex organic compounds that give Titan’s atmosphere its orange color. Prebiotic chemistry occurs when these tholins are mixed with water, producing amino acids.

Co-crystals, or molecular solids that form at very low temperatures and are stable only at temperatures below 150 degrees Kelvin, have been produced in laboratory experiments that simulate Titan’s environment in terms of pressure and temperature. These “indicate some chemical reactions could be possible on Titan’s surface,” but they would be “an entirely new chemistry,” Chevrier said.

Several other solar system worlds have subsurface oceans and are therefore also candidates for habitability. These include dwarf planet Ceres, Jupiter’s moon Europa, and Saturn’s moon Enceladus, he noted.

NASA’s Perseverance rover, which recently landed on Mars, and its Dragonfly mission, which is scheduled for launch in 2027 and conduct controlled flights over Titan in search of pre-biotic chemistry, will provide crucial new data regarding the habitability of both worlds, Chevrier emphasized.

Quite informative. Didn’t know about the Dragonfly mission. Wow. I think Pluto might be habitable, too, since in all probability it, too, has at least one subsurface ocean. Would have to bring long johns.

Thank you for pointing out the error. It has been corrected.

Very informative writing. I think we need to colonize the Moon and Mars as the primary focus of space exploration in the near future. Dragonfly is very ambitious and would be fantastic as a mission, but since the liquid is ethane and methane, what’s the point? The Moon and Mars at least have real water…