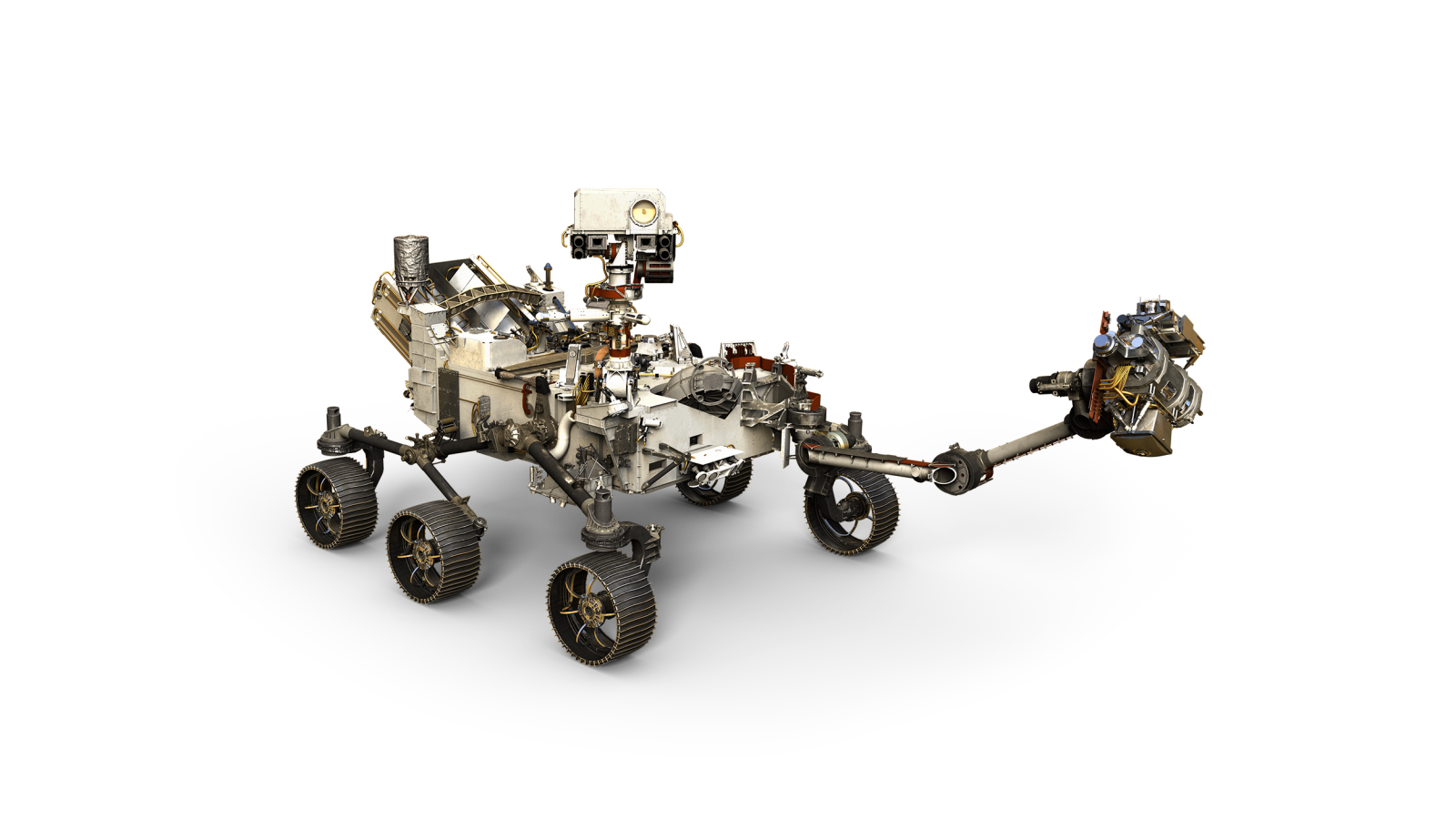 Leading up to a planned July 2020 launch date, NASA’s latest mission to Mars is currently undergoing testing. Both the spacecraft and its rover payload have been tested and have been equipped with new equipment in preparation for flight.

Recently the Mars 2020 spacecraft completed acoustical and thermal testing at the Jet Propulsion laboratory in Pasadena, CA. The process is designed to replicate what the spacecraft will endure on its way to Mars. 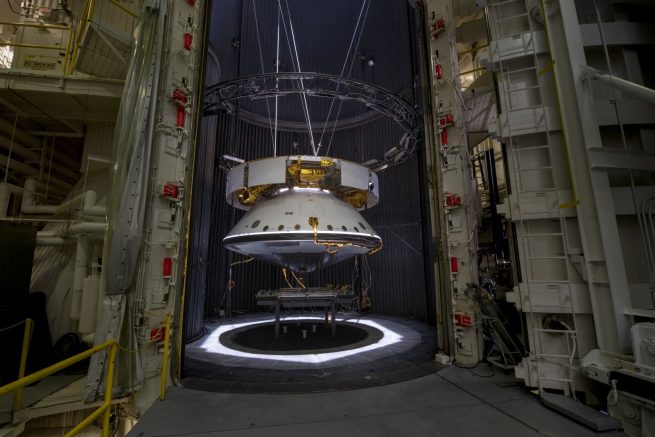 “First we blast it with sound to make sure nothing vibrates loose,” said David Gruel, the Mars 2020 assembly, test and launch operations manager at JPL. “Then, after a thorough examination, we ‘put it in space’ by placing the spacecraft in this huge vacuum chamber we have here at JPL. We pump out the atmosphere, then chill parts of it and cook others while testing the performance of the entire spacecraft.”

The spacecraft underwent vibration testing on April 12 at JPL’s Acoustic Test Chamber. To get the test as close to real life as possible, engineers assembled what is know as a “stack”. All of the spacecrafts components are suspended together as the would be during their long journey to Mars. The stack was then bombarded with 150 decibels of sound from a series of nitrogen driven speakers. “We test the hardware components with a random noise spectrum in order to replicate a launch environment,” said Andy Rose, manager of the Environmental Test Facilities at JPL. “We reach sound levels as high as 150 decibels, which would really rattle your fillings if you were inside the chamber at the time.”
Numerous tests were conducted at varying levels of sound. After each test, engineers carefully inspected the Mars 2020 stack for anything loose or missing. Once the inspections was concluded, testing would resume. “For the acoustic test, the stack had the heat shield pointed up, but for the thermal vacuum test, it had to be down,” said Gruel. “The best place to turn it over is the cleanroom, where we have a fixture designed for that process.” Once the stack passed muster, the team re-bagged it and sent it out for thermal testing.
After the vibration tests were concluded, the spacecraft assembly was moved to the cleanroom, flipped, and then placed into JPL’s Space Simulator Facility. In this 25-foot-wide, 85-foot-tall (8-meter-by-26-meter) facility the stack was subjected to a temperature of -200 degrees Fahrenheit (-129 degrees Celsius). To simulated the conditions of space as closely as possible, the spacecraft was bombarded on one side by powerful Xenon lamps to mimic the heat of the Sun. The stack was tested for a total of eight days before engineers reintroduced atmosphere into the chamber and began their inspections. 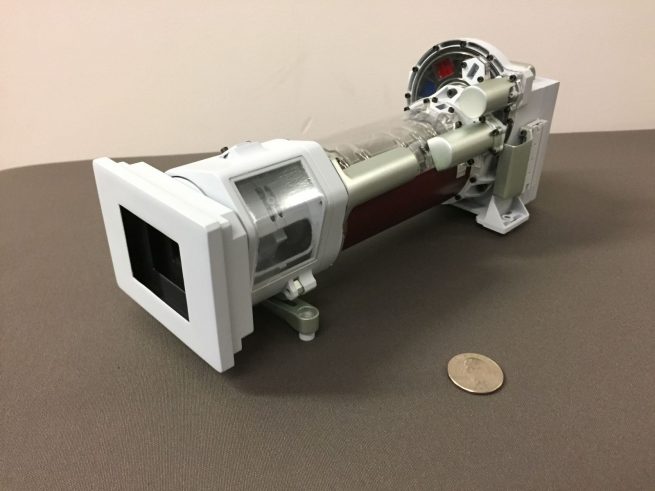 “This is the most comprehensive stress test you can put a spacecraft through here on Earth,” said Gruel. “We flew in our simulated space environment for a week and a day, checking and rechecking the performance of every onboard system and subsystem. And everything looked great – which is a good thing, because next time this spacecraft stack hits a vacuum, it will be on its way to Mars for real.”

While those tests were being conducted, the rover is still in the process of being assembled. This week, engineers installed the rovers camera system. Mastcam-Z is a multispectral, stereoscopic imaging instrument. It will serve as both a means for driving the rover as well as enable science team members to observe textural, mineralogical, structural and morphologic details in rocks. If all goes as planned, this should help scientists learn more about Martian geological history.
“Mastcam-Z will be the first Mars color camera that can zoom, enabling 3D images at unprecedented resolution,” said Mastcam-Z Principal Investigator Jim Bell. “With a resolution of three-hundredths of an inch [0.8 millimeters] in front of the rover and less than one-and-a-half inches [38 millimeters] from over 330 feet [100 meters] away — Mastcam-Z images will play a key role in selecting the best possible samples to return from Jezero Crater.”
JPL has been placed in charge of not only managing the mission’s operations, but building the spacecraft as well. JPL is carrying out these efforts for NASA’s Science Mission Directorate at the agency’s headquarters in Washington.
The public is invited to participate in the mission as well. From now until Sept. 30, 2019 they can submit your name to be placed on the Mars 2020 rover. Add your name to the list and obtain a souvenir boarding pass to Mars using this NASA webpage: Mars 2020