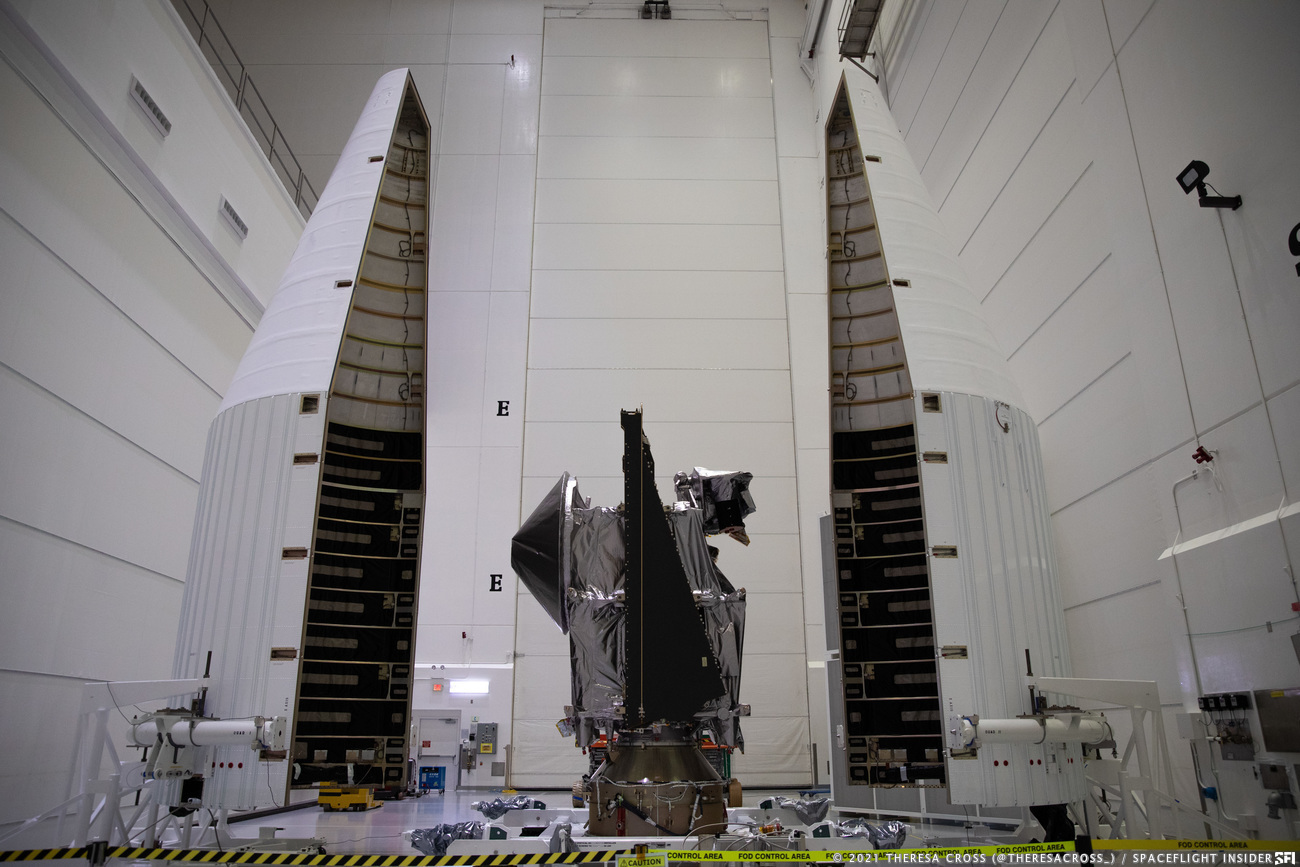 Lucy, the first spacecraft to explore Jupiter’s Trojan asteroids, has completed eight weeks of preparation ahead of its planned Oct. 16 launch.

Named Lucy after the human ancestor fossil found in Ethiopia in 1974, the spacecraft, which will launch from Cape Canaveral Space Force Station on a United Launch Alliance Atlas V 401 rocket, will embark on a 12-year mission to study Jupiter’s Trojan asteroids, two asteroid groups that orbit with Jupiter — one ahead of the planet and the other behind it. 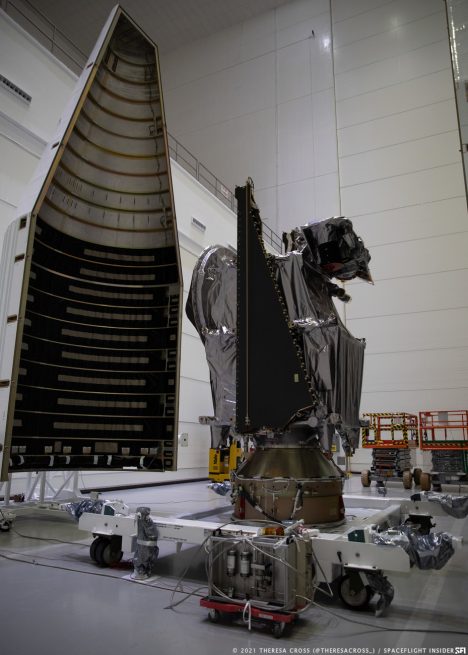 On its way to the Jupiter Trojans, Lucy will fly by Eurybates, an asteroid in the belt between Mars and Jupiter, and its small moon Queta. Eurybates is believed to be left over from an ancient collision in the early solar system, so scientists are eager to learn more about its composition.

After visiting Eurybates, Lucy will fly by seven Jupiter Trojans of varying colors and sizes.

Through the duration of its mission, the spacecraft will cover nearly four billion miles and travel at a speed of around 400,000 miles per hour.

“With Lucy, we’re going to eight never-before-seen asteroids in 12 years with a single spacecraft. This is a fantastic opportunity for discovery as we probe into our solar system’s distant past,” said Lucy project scientist Tom Statler of NASA Headquarters in Washington.

Over the past eight weeks, Lucy has undergone tests of its mechanical, thermal, and electrical systems, practices of its launch sequence, and installation of the high gain antenna it will use to communicate with Earth.

The 1,800-pound (820-kilogram) spacecraft will be powered by a combination of solar arrays and fuel. Its giant solar arrays will regularly charge the batteries that will power science instruments and the craft’s antenna that will communicate with Earth while its fuel, composed of liquid hydrazine and liquid oxygen, will be used for precise maneuvers propelling Lucy to its various destinations, according to NASA. When fully-fueled, the craft tips the scales at about 3,400 pounds (1,550 kilograms).

These instruments include both black-and-white and color cameras, an infrared imaging spectrometer, and a thermometer. In addition to facilitating communication, the antenna will also help mission scientists measure the asteroids’ masses.

In anticipation for launch Lucy is to be placed into the two halves of the launch vehicle’s fairing, which will then be closed around it. The spacecraft will then be brought to Cape Canaveral’s Vehicle Integration Facility sometime in early October.

Several days before launch, it will be powered up for around 20 minutes.

“The spacecraft will sit in launch configuration, and the engineering team will continuously monitor its health and status to make sure Lucy is ready to go,” said Lucy project systems engineer Jessica Lounsbury of NASAS’s Goddard Space Flight Center.

I love all things having to do with space and introducing it to my grandchildren 3 and 6. My granddaughters name is Lucy. Last week on a swing i “ flew “ her to all the planets including Jupiter with stories of each one. When I next see her I will show her Lucy the spacecraft and will know she will grow up with Lucy on its 12 year mission and hopefully beyond. Maybe the spacecraft named Lucy just might inspire some real Lucy’s of the world to go into science along with a whole generation of kids in general!! That’s my hope!!
I also played with my grandson and “flew “ him on many missions out to the plants at a young age. It’s never to young to teach kids the wonders of our solar system and beyond.