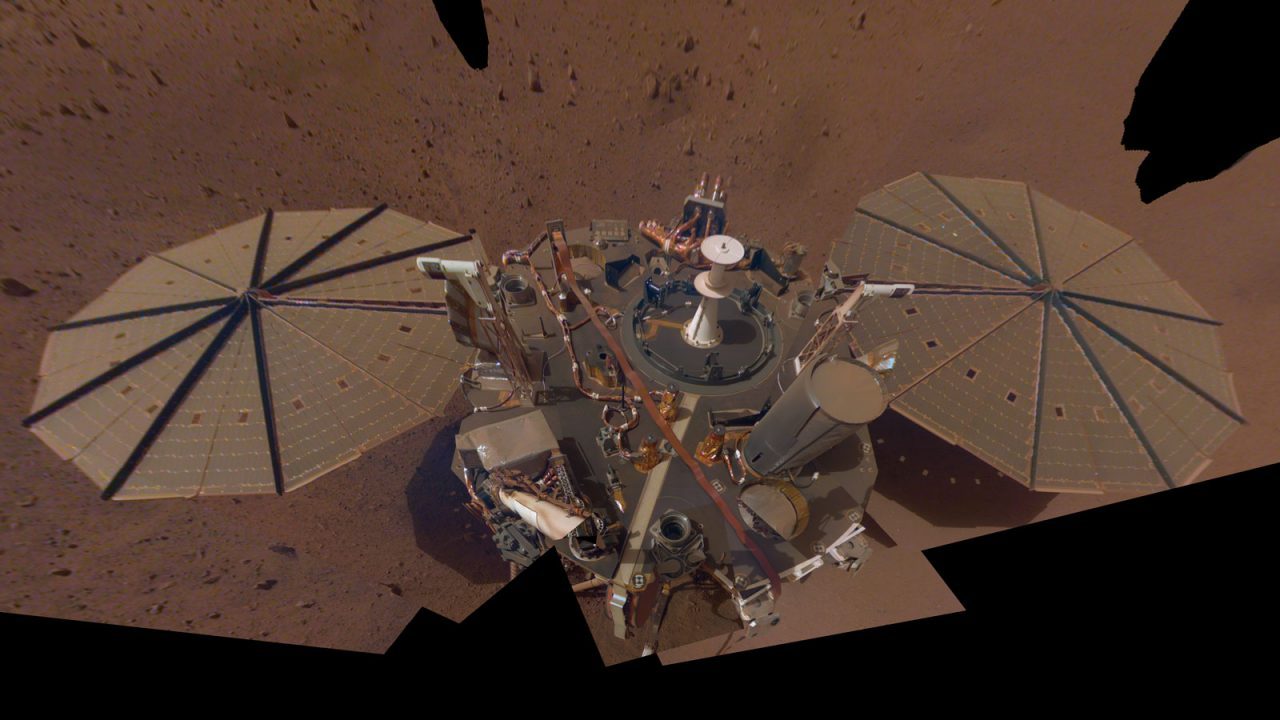 This is NASA InSight’s second full selfie on Mars. Since taking its first, the lander has removed its heat probe and seismometer from its deck, placing them on the Martian surface; a thin coating of dust now covers the spacecraft as well. Image Credit: NASA/JPL_Caltech

Martian winds can whip up global dust storms capable of blanketing the Red Planet in dust and blotting out the Sun for weeks on end. Weather events like this can end missions operating on the Red Planet—they can also be beneficial.

In 2018 NASA’s Mar Exploration Rover (MER) Opportunity had its historic 15-year mission closed by a powerful dust storm that blanketed the entire planet. Similar Martian winds kept the rover operating well past what mission planners thought was going to be a 90-Sol mission. The winds kept cleaning off of solar panels, something that occurred many times during the MER mission.

On Feb. 1, 2019, InSight’s weather sensors detected a passing wind vortex, also called a “dust devil” if it picks up particles and becomes visible. At the same time, InSight’s two solar panels experienced small jumps in power output, around 0.7% for one panel and 2.7% for the other, indicating a small amount of dust had been lifted.

The dust-clearing event was tiny compared to those experience by the MER rovers, where dust-clearing gusts resulted in power boosts of up to 10% and visible cleaning of the solar panels.

Small as it was, the event gave scientist their first measurements of wind and dust interacting, thanks to the lander’s weather sensors which provide more around-the-clock weather data than any previous mission to the Martian surface. Data from dust cleanings may inform both the design of future solar-powered missions and research on how wind sculpts the Martian landscape.

“It didn’t make a significant difference to our power output, but this first event is fascinating science,” InSight science team member Ralph Lorenz of Johns Hopkins University’s Applied Physics Laboratory in Laurel, Maryland, said in a NASA news release. “It gives us a starting point for understanding how the wind is driving changes on the surface. We still don’t really know how much wind it takes to lift dust on Mars.”

InSight’s weather sensors are collectively called the Auxiliary Payload Sensor Suite (APSS). During the dust devil event, the sensors measured a steady increase in wind speed and a sharp drop in air pressure, evidence of a passing dust devil.

The wind direction changed by 180 degrees, which is consistent with a dust devil passing directly over the lander. The peak wind speed measured by APSS was 45 mph (20 meters per second).

APSS also detected the largest air pressure drop ever recorded on the Martian surface, 9 pascals or 13% of ambient pressure. This big pressure drop indicates there may have been even stronger winds that were too turbulent for the sensors to record.

“The absolute fastest wind we’ve directly measured so far from InSight was 63 miles per hour (28 meters per second), so the vortex that lifted dust off our solar panels was among the strongest winds we’ve seen,” said InSight participating scientist Aymeric Spiga of the Dynamic Meteorology Laboratory at Sorbonne University in Paris. “Without a passing vortex, the winds are more typically between about 4-20 miles per hour (2-10 meters per second), depending on time of day.”

InSight’s landing sight is in Elysium Planitia, a windy region on the Martian equator. The lander has already monitored many passing dusts devils, and Lorenz said it’s likely InSight will experience a number of large dust cleanings during its two-year prime mission. 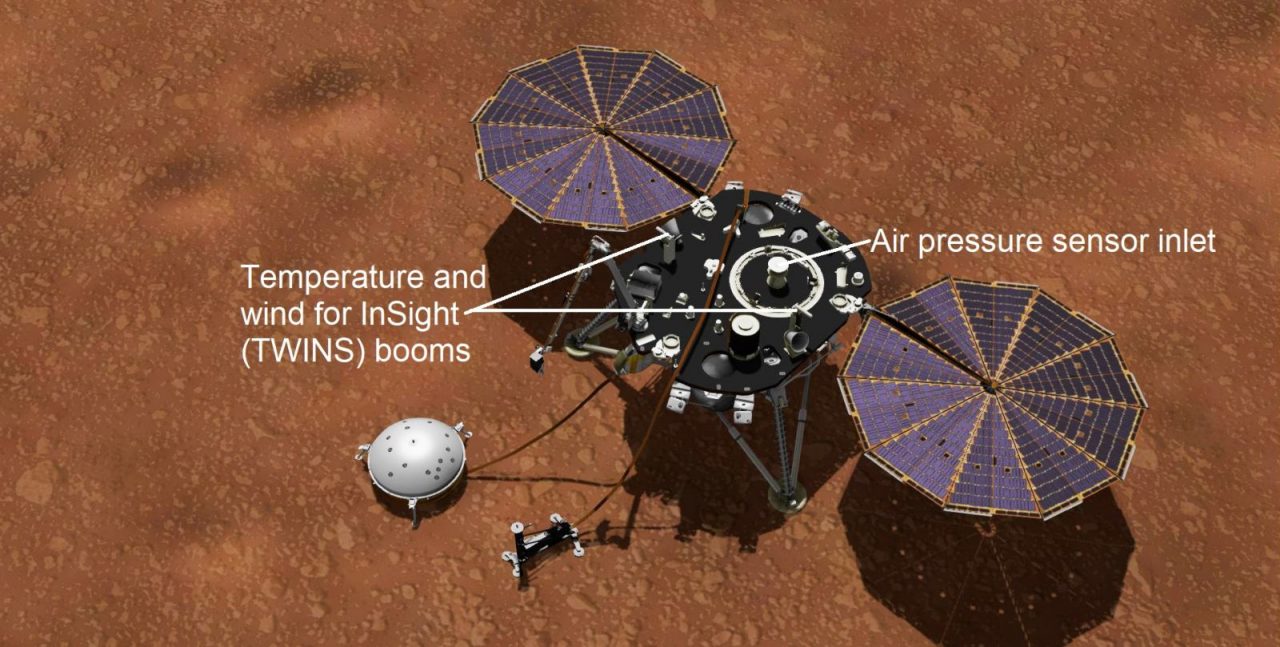 I’m assuming NASA has explored an active dust clearing system for Mars rovers & landers. I wonder if a simple motor to rotate the panels 180 degree and then shake them a little is all that would be necessary to get rid of the dust or if there’s a static issue as well? If they’re strong enough to cope with 60+ MPH winds, they ought to cope with a little vibration from a motor.