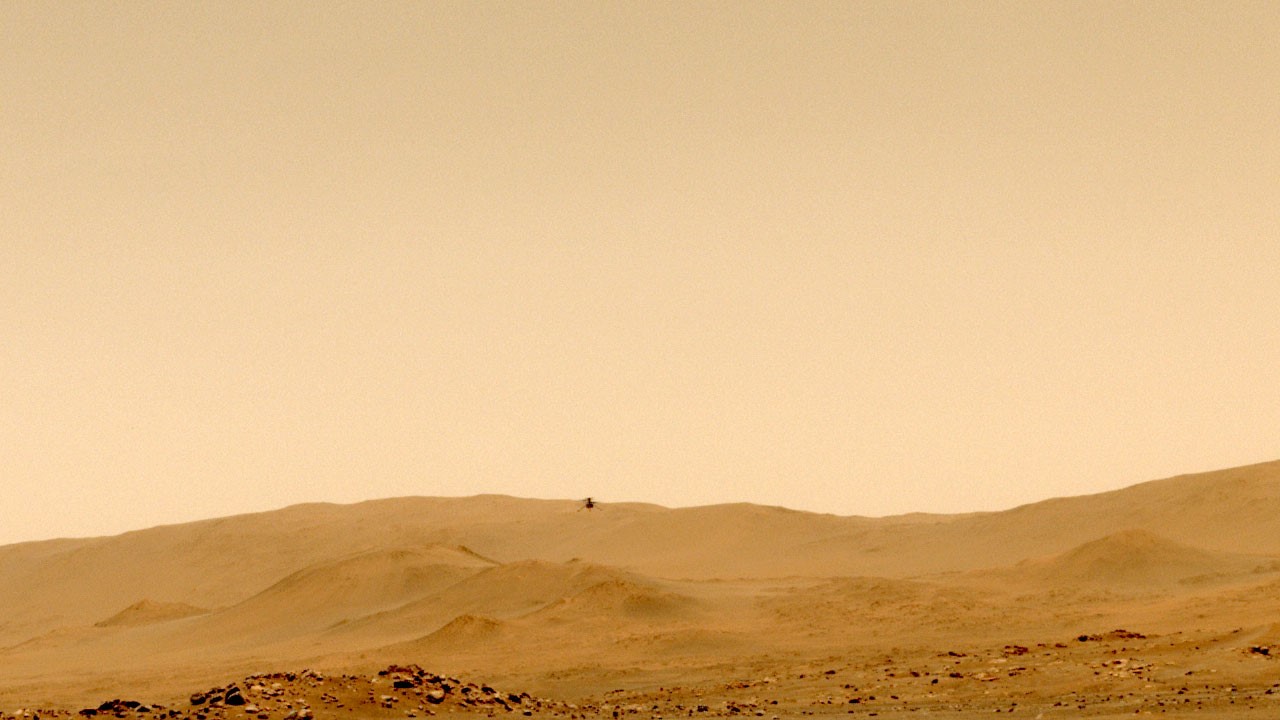 The Ingenuity Mars Helicopter takes flight for a fifth time to move to another airfield ahead of the expected traverse path of the Perseverance rover. Credit: NASA/JPL-Caltech 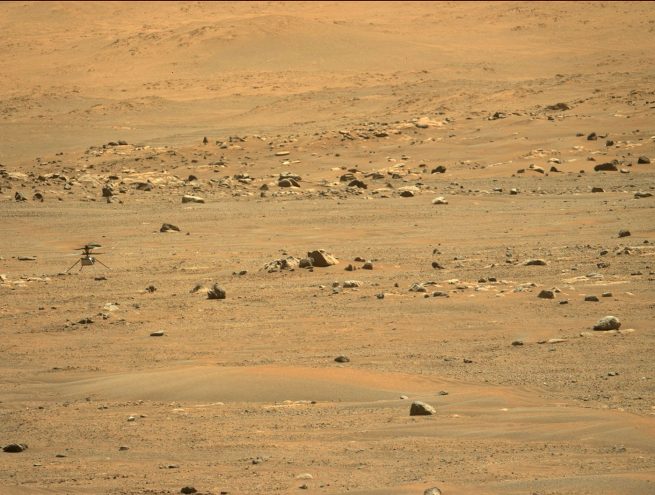 “The fifth flight of the Mars Helicopter is another great achievement for the agency,” said Bob Pearce, associate administrator for NASA’s Aeronautics Research Mission Directorate, in a NASA news release. “The continuing success of Ingenuity proves the value of bringing together the strengths of diverse skill sets from across the agency to create the future, like flying an aircraft on another planet!”

Each previous flight took the helicopter incrementally farther and higher than the flight before. This time, Ingenuity climbed to 16 feet (5 meters), then followed the course from the previous flight, heading south 423 feet (129 meters).

Instead of returning to Wright Brothers Field like the previous four flights, Ingenuity climbed to a record setting height of 33 feet (10 meters) where the helicopter spent some time surveying and taking full color pictures of the planet’s surface. It then landed in this new location, which is closer to where the Perseverance rover expected to be heading over the next several weeks.

Perseverance contains the helicopter’s main communication relay and database system, so it is best that the helicopter remain as close to the rover as possible.

“I think a lot about the Wrights during our flights,” Josh Ravich, Ingenuity Mars Helicopter mechanical engineering lead at NASA’s Jet Propulsion Laboratory said. “I’m sure part of the reason is that I (along with teammate Chris Lefler) had the honor of attaching the small swatch of material from the lower left wing of Flyer I to Ingenuity. But it’s more than that. The Wrights showed what could be accomplished with a combination of teamwork, creativity, and tenacity – and a bit of ingenuity and perseverance.”

According to NASA, flight five represents the helicopter’s transition to a new “operations demonstration phase” that is expected to focus on “investigating what kinds of capabilities a rotorcraft operating from mars can provide.” The agency said this includes aerial observations of areas not accessible by a rover and obtaining stereo imagery from atmospheric altitudes.

Now that Ingenuity has proven itself as fully flight capable, it will spend the next several months pushing the boundaries of powered flight on Mars, paving the way for future human endeavors in the years to come.