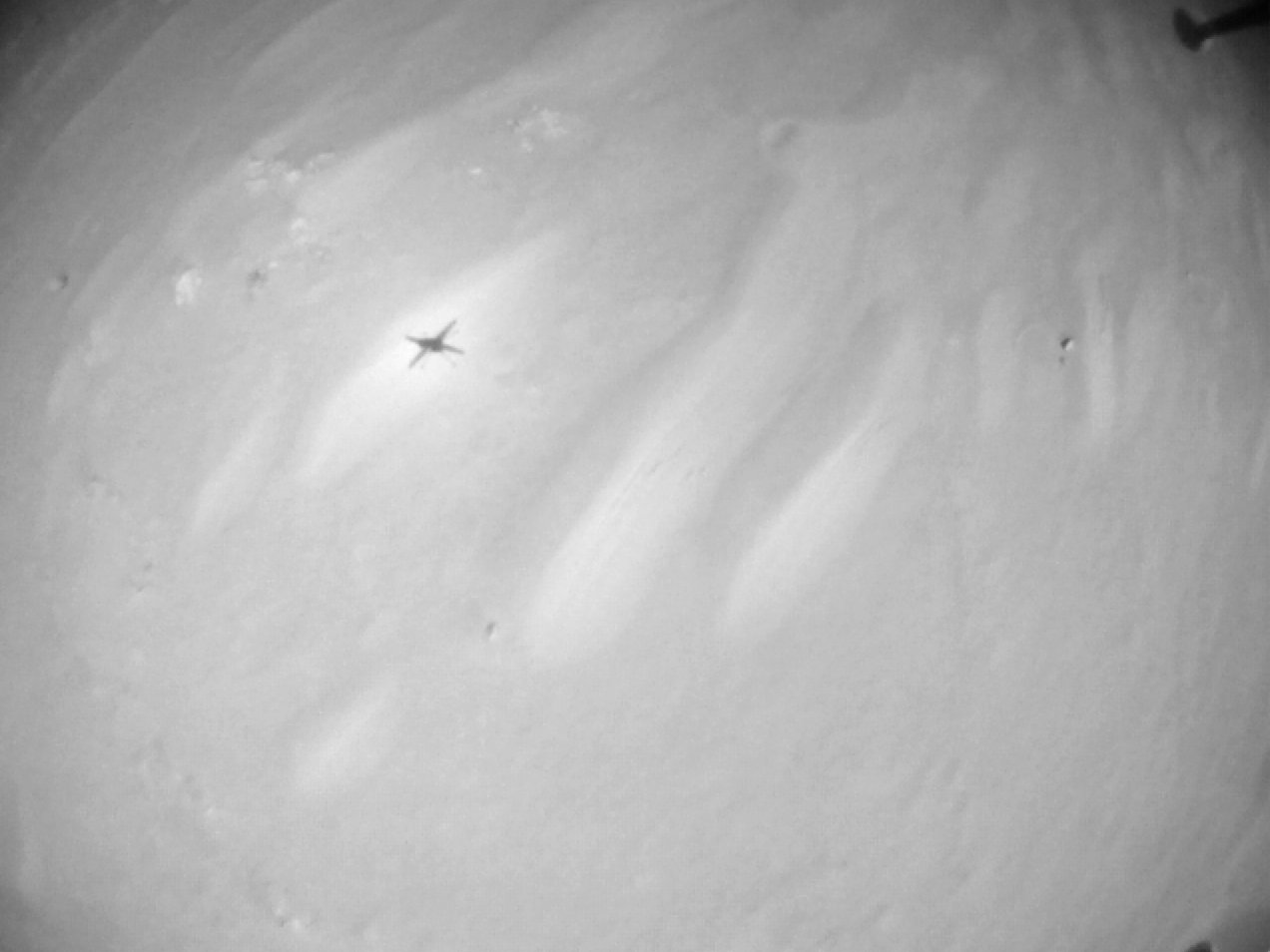 Ingenuity takes an image of its own shadow during its 12th flight from the Martian surface. Credit: NASA/JPL

In yet another milestone, the Mars Helicopter Ingenuity made its 12th flight from the Red Planet’s surface on Aug. 16.

The 169-second flight served as a way for engineers and scientists to recon the exploration path of the Mars Rover Perseverance within a region of the planet dubbed South Séítah. The helicopter also took flight to obtain color photographs of the area, which includes images of rocks that Perseverance will eventually examine.

“Flying over Séítah South carries substantial risk because of the varied terrain,” wrote Ingenuity Team Lead Teddy Tzanetos and Ingenuity Chief Pilot Håvard Grip in a mission update post. “When we choose to accept the risks associated with such a flight, it is because of the correspondingly high rewards. Knowing that we have the opportunity to help the Perseverance team with science planning by providing unique aerial footage is all the motivation needed.”

For this flight, Ingenuity climbed to an altitude of 33 feet (10 meters) and flew 770 feet (235 meters) east-northeast. According to NASA, the helicopter then made a 16-foot (5-meter) “sidestep” in order to get side-by-side images of the surface terrain in order to construct a stereo 3D image. After that, the drone backtracked to return to the same area it took off from.

Over its previous 11 flights, Ingenuity had flown a combined 1.38 miles (2.22 kilometers) with a total flight time of about 19 minutes.