Ingenuity helicopter flies ‘half the length of a football field’ 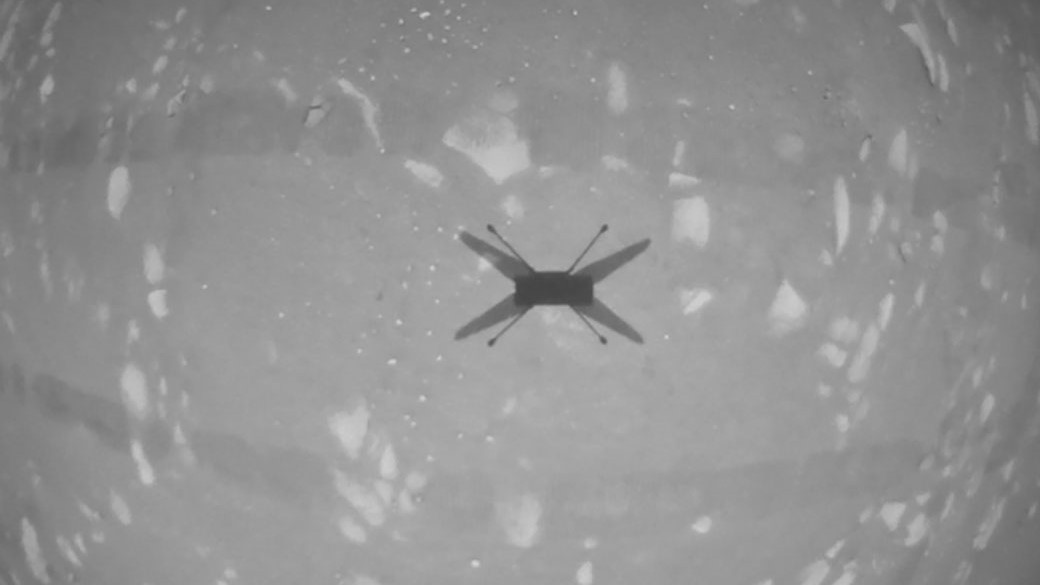 A black and white image captured by Ingenuity during its third flight on April 25, 2021. Credit: NASA

Engineers at NASA’s Jet Propulsion Laboratory in Pasadena, California, have received data confirming a successful third flight of Ingenuity, its most ambitious yet.

After climbing about 17 feet (5.2 meters), Ingenuity’s flight took the helicopter to about 164 feet (50 meters) away from its original liftoff point at a speed of 6.5 feet (2 meters) per second before returning to the starting location and landing. Its total flight distance was half the length of a football field, according to NASA. 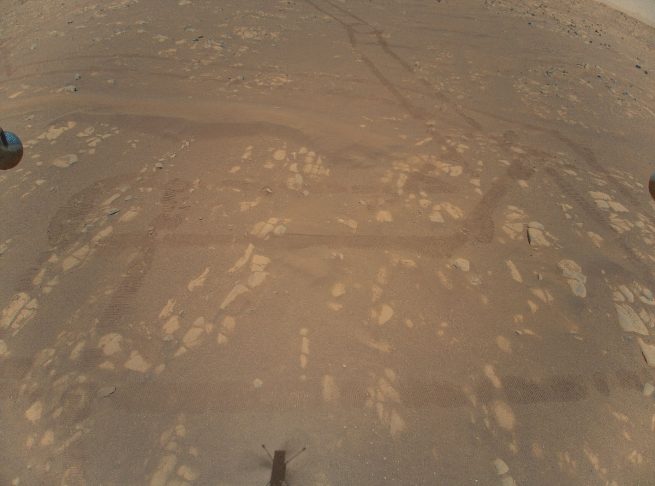 The first color photo from the Ingenuity Mars Helicopter. This was captured during the second flight of the technology demonstrator. Credit: NASA

“While that number may not seem like a lot, consider that we never moved laterally more than about two-pencil lengths when we flight-tested in the vacuum chamber here on Earth,” said Chief Mars Helicopter Pilot Havard Grip in a status update on April 23. “And while the 4 meters of lateral movement in Flight Two (2 meters out and then 2 meters back) was great, providing lots of terrific data, it was still only 4 meters. As such, Flight Three is a big step, one in which Ingenuity will begin to experience freedom in the sky.”

The full flight at “Wright Brothers Field” lasted about 80 seconds and was photographed by the Perseverance rover, stationed some 215 feet (about 65 meters) away at “Van Zyl Overlook.”

As Ingenuity makes more flight attempts, each one is expected to contain more valuable data than the first as scientists learn to navigate the difficulties of flying an aircraft on Mars.

The 1.8-kilogram helicopter, which is classed as a technology demonstration, is expected to make at least two more flights on the Martian surface before the end of its roughly 30-day mission, which began at about the start of April. After that, engineers say the Perseverance rover will continue with its science mission.

According to NASA, the fourth flight of Ingenuity is expected within the coming days.