Germany wraps up a successful year in space 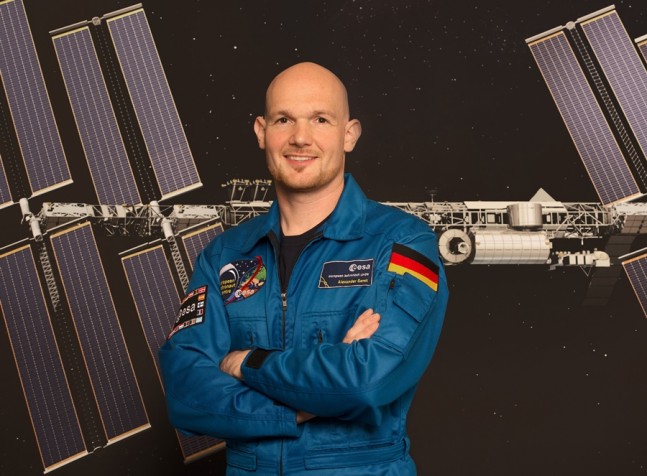 German astronaut Alexander Gerst carried out a successful 6 month stay on board the International Space Station in 2014. Photo Credit: ESA

The past year – was a very successful and eventful one for the German Aerospace Center (DLR). Germany was active in the field of human spaceflight as the country’s astronaut, Alexander Gerst, spent six months aboard the International Space Station. DLR also played the lead role in the European Space Agency’s (ESA ) Rosetta mission to comet 67P/Churyumov-Gerasimenko. But that was not all, for more than 10 years now, using the High Resolution Stereo Camera (HRSC) camera on board Mars Express spacecraft, German scientists have been photographing and mapping Mars. Gerst was the first German in space since 2008 and, after Thomas Reiter (2006), the second to live and work almost six months on board the ISS. In addition to routine scientific work, the youngest German astronaut and the 11th in total, performed maintenance on the orbiting lab and was responsible for supervising the arrival of supply vehicles, among them the final ESA space freighter, ATV-5 Georges Lemaître. Among other things, ATV-5 carried the German experiments EML, MagVector, WiseNet and SpaceTex to the space station. Gerst unpacked and installed these in the European research portion of the ISS – Columbus.

“I am particularly pleased about the roughly 100 experiments that Alexander Gerst took part in, 25 of which originated from Germany. His flight has shown that in human spaceflight and especially its utilization, Germany plays a leading role worldwide,” said Johann-Dietrich Wörner, Chairman of the DLR Executive Board, after Gerst returned to Earth on Nov. 10.

DLR played a major role in building Rosetta’s Philae lander and manages the lander control center which prepared and oversaw the difficult task of landing on the comet on Nov. 12, 2014. The Rosetta spacecraft is operated by teams at ESA’s European Space Operations Centre located in Darmstadt, Germany. DLR has also developed the ROLIS (Rosetta Lander Imaging System) camera to obtain high-resolution images during descent and stereo panoramic images of areas sampled by other instruments. Artist’s rendering of Mars Express spacecraft above the surface of the Red Planet.

NASA Administrator Charles Bolden acknowledged Germany’s role in leading the first ever comet landing mission. “Congratulations! I watched last night’s dramatic landing of Philae with great excitement and pride for our German partners. I know that DLR is leading the landing effort, as well as providing ROLIS, which took such amazing descent images of comet Churyumov-Gerasimenko as Philae approached the surface,” Bolden said. “Germany’s leadership in the landing mission has already firmly placed Europe and Germany again in the history books for achieving the audacious and unbelievable.”

German contribution to Mars exploration also continued forward in 2014 with the HRSC, which was developed by DLR and is on board ESA’s Mars Express spacecraft. The spacecraft has been in operation since 2004, delivering high-resolution, three-dimensional color images. The spatial resolution of which surpasses previous topographical image data. These images enable scientists to analyze details with an altitude accuracy of down to 33 feet (10 meters) and thus acquires new knowledge about the geological development and climatic history of Mars.

Speaking of Mars, in 2014 a DLR researcher studied what it might be like to live on the Red Planet by spending four months in a habitat on Hawaii that simulated the Martian environment. This year it was also decided that the space telescope PLATO, scheduled to launch in 2024, will search for a ‘second Earth’.

“This unique European space telescope, designed to search for exoplanets, will enable German and European scientists to engage in truly cutting-edge research in this field of astronomy,” said Wörner.

The future looks bright for the German space industry as it will witness a multitude of new projects, among them the asteroid landing craft MASCOT on board the Japanese Hayabusa 2 spacecraft, as well as the research conducted with the flying observatory SOFIA, recently returned to California after six months of maintenance in Hamburg. The Service Module components that were used on the ATV will also serve on the Exploration Mission 1 test flight of NASA’s new crew-rated Orion spacecraft. That mission is currently scheduled to take place in 2018.