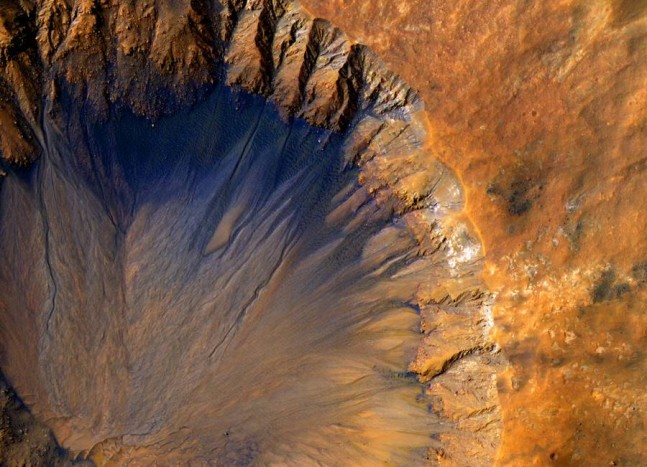 The High Resolution Imaging Science Experiment (HiRISE) camera aboard NASA’s Mars Reconnaissance Orbiter acquired this closeup image of a “fresh” (on a geological scale, though quite old on a human scale) impact crater in the Sirenum Fossae region of Mars on March 30, 2015.

This impact crater appears relatively recent as it has a sharp rim and well-preserved ejecta. The steep inner slopes are carved by gullies and include possible recurring slope lineae on the equator-facing slopes. Fresh craters often have steep, active slopes, so the HiRISE team is monitoring this crater for changes over time. The bedrock lithology is also diverse. The crater is a little more than 1-kilometer wide.

This article originally appeared on NASA and can be viewed here: Martian crater