Finding life on Europa requires drilling to its subsurface ocean 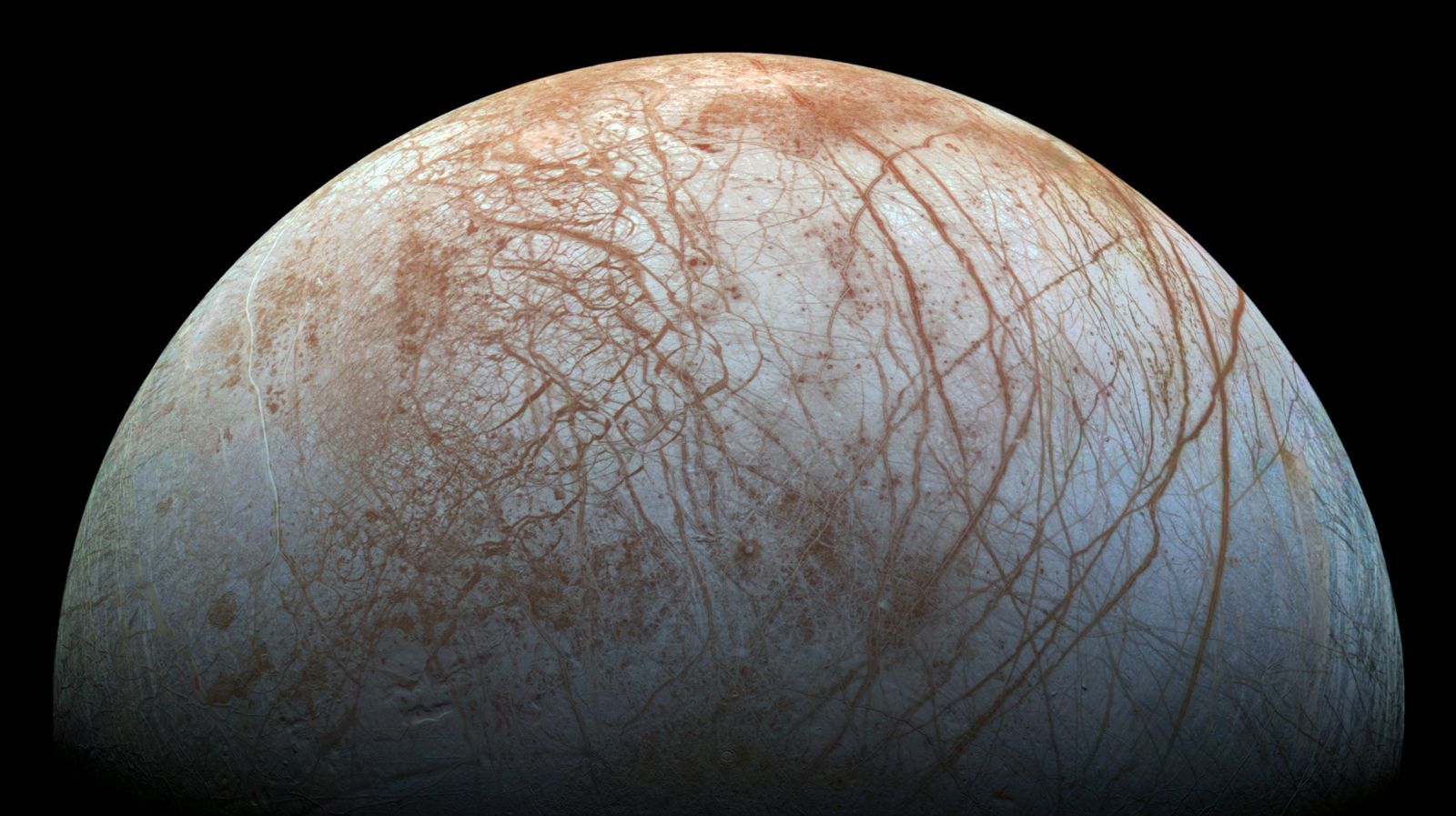 This image of Europa, in which surface fractures are visible, was taken by NASA’s Galileo spacecraft during the 1990s. If there is life on Europa, it may be beneath the moon’s icy crust in a subsurface ocean. Credit: NASA/JPL-Caltech/SETI Institute

A future mission seeking signs of life on Jupiter’s moon Europa will likely require drilling into its global subsurface ocean, according to a new study published in the journal Nature Astronomy.

Like Saturn’s moons Enceladus and Titan, Europa has a liquid water ocean heated by tidal forces from its parent planet. That ocean is surrounded by a layer of ice.

Its icy surface is dotted with meteorite impacts as small as approximately 12 inches (30 centimeters) deep. These impacts cause a phenomenon known as “impact gardening,” in which the surface is reshaped as some material is pushed downward by the force of the impact while other material is transferred up to the surface.

Plumes of liquid water that well up from the underground ocean could potentially contain evidence of any microbial life, or biosignatures, that exist deeper in the ocean.

However, radiation from Jupiter likely destroys biosignatures that make it to the surface by breaking apart their molecular bonds. This means a lander searching for signs of microbial life will have to drill deeper into the ocean than scientists initially thought, requiring it to be equipped with a drill approximately one foot long.

Microbes in material pushed upward from below by impact gardening are unlikely to survive due to radiation exposure.

“If we hope to find pristine, chemical biosignatures, we will have to look below the zone where impacts have been gardening,” said study lead author Emily Costello of the University of Hawaii at Manoa. “Chemical biosignatures in areas shallower than that zone may have been exposed to destructive radiation.”

According to a NASA study conducted three years ago, biosignatures are likely to be found between four and eight inches (10 and 20 centimeters) below the surface where the layer of ice provides protection from Jupiter’s radiation.

Data from NASA’s Galileo mission shows that impact gardening has occurred worldwide on Europa. Researchers estimate it has generated movement of material along the top 11.8 inches (30 centimeters) of the surface as well as below the surface for tens of millions of years, exposing all materials in these areas to toxic radiation.

Regions in Europa’s higher latitudes have younger craters in which material brought to the surface may not have been exposed to the radiation long enough to be destroyed.

“At these locations, gardening has not had sufficient time to endanger a column of biomolecules on Europa,” Costello said.

Obtaining an accurate map of impact gardening on the Jovian moon will be crucial to selection of a landing site for a future probe.

NASA’s Europa Clipper, which has a planned launch date of 2024, will fly by Europa around 45 times over three years and scan its surface with 10 science instruments. However, it will not land on the moon.

Data returned by Europa Clipper’s instruments, which will include a thermal camera, spectrometer, and ice-penetrating radar, could give scientists better insight into ideal locations to follow up on with a lander. 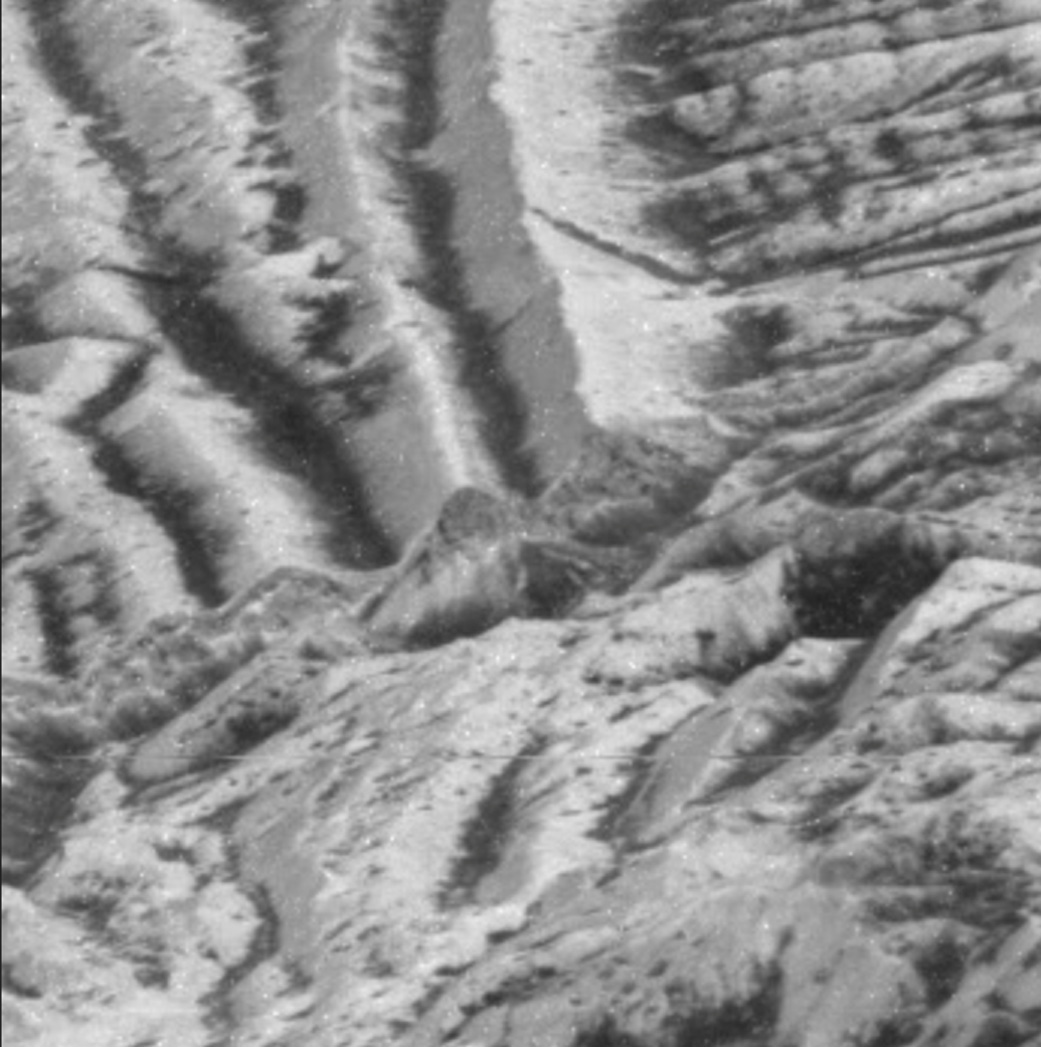 This enlarged photo, captured by the Galileo spacecraft, shows bright cliffs at the top and areas that have undergone impact gardening below them. Credit: NASA/JPL-Caltech