Early solar system may have had a 5th giant planet 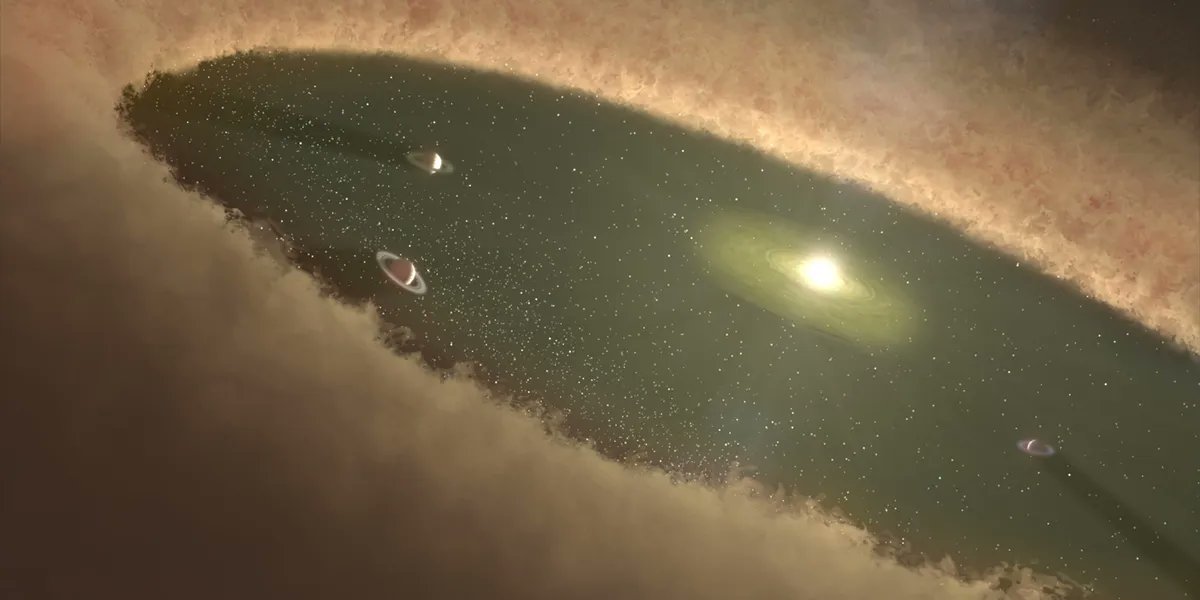 Billions of years ago, when the Sun was still a proto-star that had not yet ignited, the young solar system may have contained a fifth giant planet in addition to Jupiter, Saturn, Uranus, and Neptune.

That planet could have been ejected from the system once the Sun began conducting fusion in its core, blowing out a cloud of dust from the circumstellar disk that initially surrounded it.

A 2005 theory known as the Nice Model proposes that gas giants Jupiter and Saturn and ice giants Uranus and Neptune initially orbited much closer to the young Sun in circular orbits. These orbits were subsequently perturbed by an unknown phenomenon that caused all four planets to migrate outward.

Now, in a paper published in the journal Nature, scientists propose the phenomenon that precipitated these migrations was a disbursement of the dust cloud that surrounded the proto-Sun once it ignited and began conducting fusion in its core.

Dust from that cloud perturbed these planets’ orbits and may have ejected a fifth giant planet, which would have then become a rogue planet not orbiting any star.

While the Nice Model suggests this instability occurred over a long period of time, the composition of moon rocks collected by Apollo astronauts shows evidence this process was rapid and occurred over a few million years rather than the hundreds of millions of years the model indicated.

Both the Nice Model and the one proposed in the paper suggest the early existence of a fifth gas giant planet though computer models indicate today’s solar system could also have come into existence without the extra planet.

According to this latest study, the solar system’s terrestrial planets, which formed after the giant planets’ migration, could have been influenced by this early instability. For example, this phenomenon could be the reason Mars has such a smaller mass than Earth does.

“Our solar system hasn’t always looked the way that it does today. Over its history, the orbits of the planets have changed radically. But we can figure out what happened,” said Seth Jacobson of Michigan State University (MSU), one of the study’s authors. “All solar systems are formed in a disk of gas and dust. It’s a natural byproduct of how stars form. But as the Sun turns on and starts burning its nuclear fuel, it generates sunlight, heating up the (circumstellar) disk and eventually blowing it away from the inside out.”