Dawn mission approaches end as spacecraft runs out of fuel 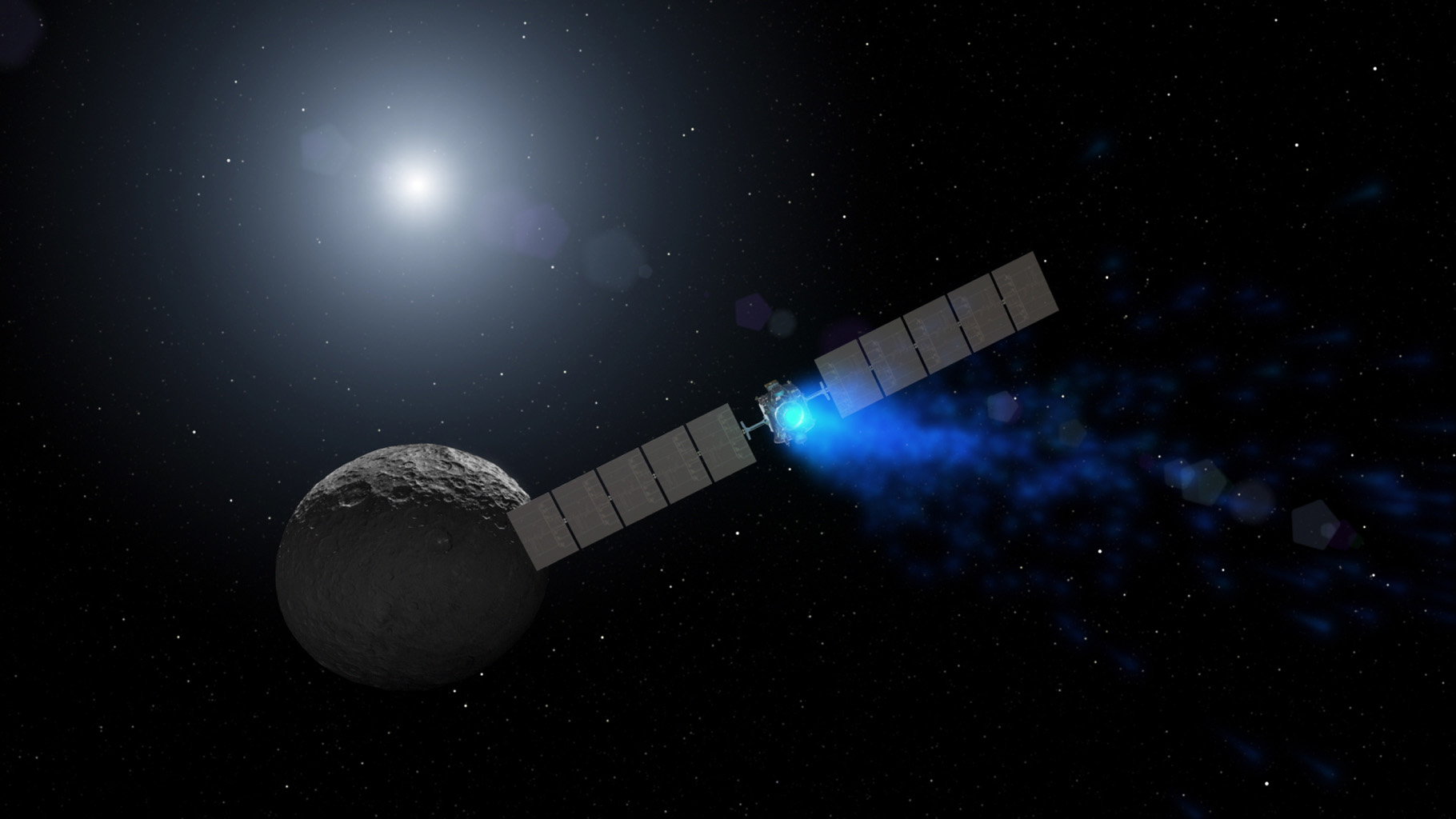 Eleven years after launching from Cape Canaveral Air Force Station in Florida, NASA’s Dawn spacecraft is about to run out of fuel, signaling the end of a mission that involved orbiting two separate solar system objects. As Dawn fades, its history-making accomplishments provide new light on planetary exploration.

Dawn, uses ion propulsion technology that was first tested back in 1964 with the SERT-1 mission. Since that time, numerous missions have pushed the technology further and further.

Dawn is the only spacecraft to orbit two objects in our solar system. These were the protoplanet Vesta and dwarf planet Ceres. Both of these rocky bodies reside within the asteroid belt between Mars and Jupiter. The spacecraft entered into orbit above Vesta in 2011 and remained there until 2012. From there the vehicle traveled to Ceres, arriving above the tiny world in 2015 – and has been there ever since.

Its purpose was to learn about the formation of the solar system by studying these two objects, which are effectively time capsules composed of materials from the solar system’s earliest days.

“Dawn‘s legacy is that it explored two of the last uncharted worlds in the inner solar system. Dawn has shown us alien worlds that for two centuries were just pinpoints of light amidst the stars. And it has produced these richly detailed, intimate portraits and revealed exotic, mysterious landscapes unlike anything we’ve ever seen,” said Dawn mission director and chief engineer Marc Rayman of NASA’s Jet Propulsion Laboratory (JPL) via an agency-issued release. The Dawn spacecraft has revolutionized our understanding of the dwarf planet Ceres. Image Credit: NASA / JPL-Caltech

At Vesta, Dawn imaged craters, mountains, and canyons. The spacecraft mapped these features on the 4.5-billion-year-old world, it studied Vesta from its surface to its core. Rocky and dry, Vesta experiences planet-like processes and has a variety of terrains, including a mountain twice the size of Mount Everest named Rheasilvia, located at the center of a huge basin.

Numerous craters in Vesta’s northern hemisphere indicate it experienced many large impacts in its early days. Vesta’s appearance suggests it was initially spherical, only to have a large section lobbed off during a major impact.

In contrast to Vesta, Ceres is a “wet” world that may have a salty ocean below its surface. Mysterious bright spots that Dawn imaged, initially puzzled scientists. They turned out to be salt deposits exposed by water from an ancient subsurface ocean. Organic molecules, the building blocks of life, were discovered surrounding Emulet Crater. These molecules could have been produced by either geological or biological processes.

Scattered salt deposits are evidence the dwarf planet once harbored a subsurface ocean, which could still exist today, as noted from active geological processes detected in various regions on Ceres’s surface.

“There is growing evidence that the organics in Ernutet came from Ceres’s interior, in which case they could have existed for some time in the early interior ocean,” said Dawn project scientist and deputy principal investigator Julie Castillo-Rogez, also of JPL.

The spacecraft also imaged a cryovolcano on Ceres’s surface.

Even now, so close to the mission’s end, Dawn plunges to just 22 miles (35 km) above Ceres’s surface approximately once per day to measure its spectra and gravity and take high-resolution images of the surface.

After being extended several times, the mission is now ending because sometime between mid-September and mid-October, the spacecraft will run out of its hydrazine fuel, leaving it unable to communicate with Earth. It will remain in orbit around Ceres for at least 20 years and possibly much longer.

Because Ceres could potentially harbor microbial life in its subsurface ocean, NASA is following procedures designed to prevent Dawn from impacting the tiny world. If Dawn were to crash on Ceres, it could contaminate any life present or be mistaken in the future for life indigenous to Ceres. Unlike Cassini, the spacecraft will not be deliberately crashed onto the dwarf planet.

“Not only did the spacecraft unlock scientific secrets at these two small but significant worlds; it was also the first spacecraft to visit and orbit bodies at two extraterrestrial destinations during its mission. Dawn‘s science and engineering achievements will echo throughout history,” stated Lori Glaze, acting director of the Planetary Science Division at NASA’s Washington, DC, headquarters.