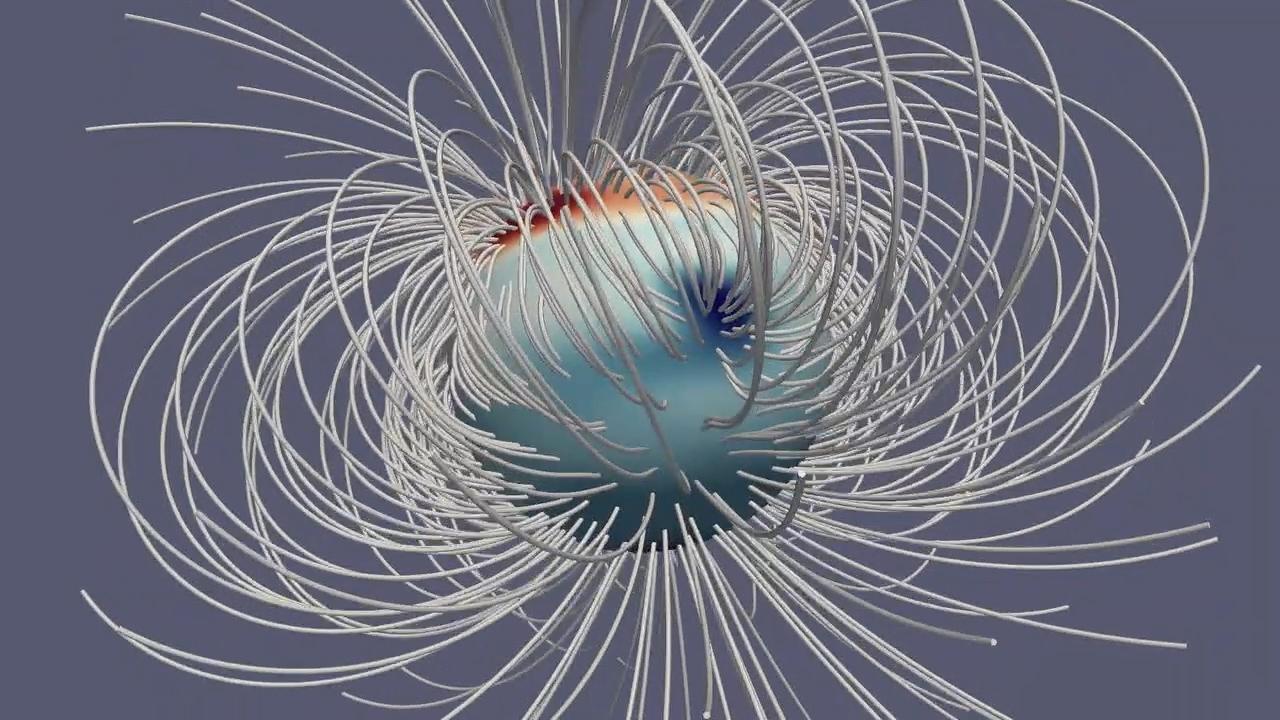 The discovery is the first ever detection of internal magnetic field changes in a planet, known as secular variation, beyond Earth. According to NASA, Juno mission scientists arrived at their conclusion by studying 40 years of Jupiter data collected by several missions, including Pioneers 10 and 11, Voyager 1, Ulysses, and Juno.

Magnetic fields must be studied and measured from a close vantage point. Equipped with a magnetometer, which can map a magnetic field in three dimensions, Juno accomplished this in its first eight science flybys of the giant planet, yielding data that helped scientists produce a new model of Jupiter’s magnetic field. 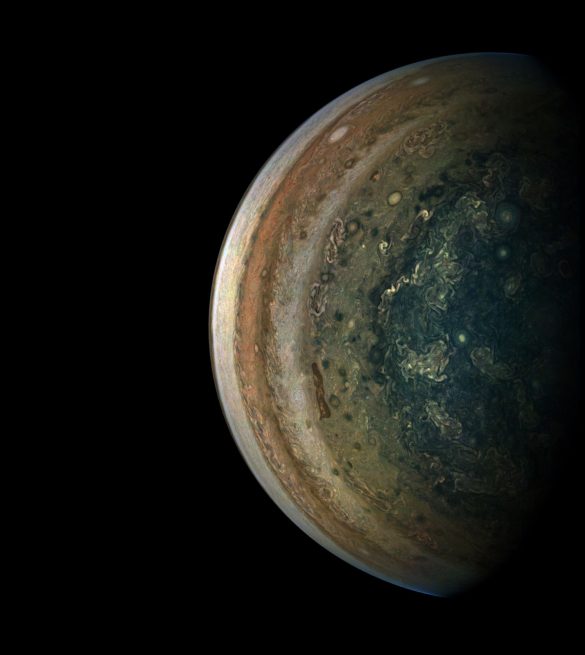 “Secular variation has been on the wish list of planetary scientists for decades,” said Juno principal investigator Scott Bolton of the Southwest Research Institute (SwRI) in San Antonio, Texas, in a NASA news release. “This discovery could only take place due to Juno’s extremely accurate science instruments and the unique nature of Juno’s orbit, which carries it low over the planet as it travels from pole to pole.”

By studying data collected during the various missions to Jupiter, beginning with the Pioneers, scientists discovered that small magnetic field changes occurred over time, likely caused by the planet’s atmospheric winds, which penetrate as far as 1,860 miles (3,000 kilometers) into the planet’s interior, where gases are transformed into very conductive liquid metal, cutting through and stretching the magnetic field.

“It is incredible that one narrow magnetic hot spot, the Great Blue Spot, could be responsible for almost all of Jupiter’s secular variation, but the numbers bear it out,” Moore said, adding future science flybys would focus on creating a planet-wide map of these changes.

The findings of the study, published in the journal Nature Astronomy, are expected to help scientists better understand not only Jupiter’s interior structure and atmospheric dynamics, but also those of Earth.

Launched in June 2005, Juno traveled 1.74 billion miles (2.8 billion kilometers) before entering into a polar orbit around Jupiter in July 2016. The initial plan was for the spacecraft to move from a 53-day orbit to a closer one of 14 days, but that was scrapped after a problem with helium valves sent it into safe mode in October of that year.

According to the revised mission, Juno was to conduct 12 close science flybys before the end of its prime mission in July 2018. One month before that deadline, NASA extended the mission to July 2021, increasing the number of flybys. 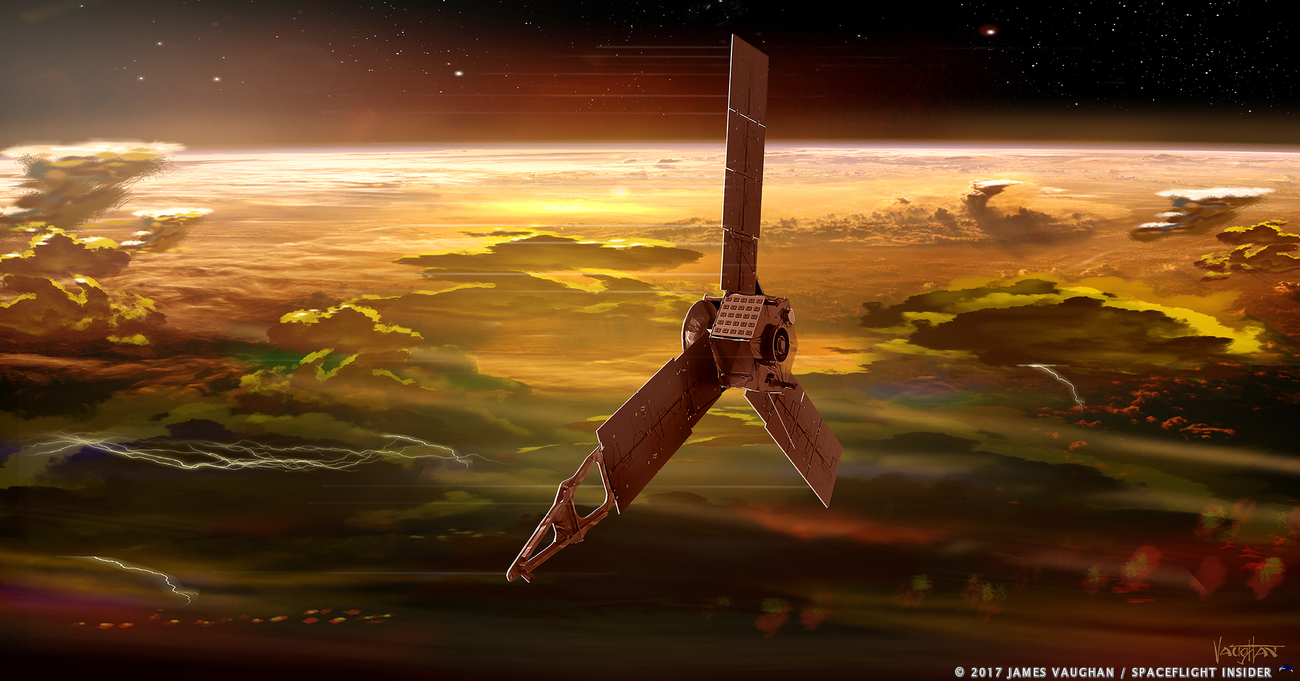 The polar orbit science flybys were planned to protect Juno from the giant planet’s radiation, which could destroy its electronic instruments and solar panels. After speeding around the planet and getting to a “perijove” (the closest part of an orbit around Jupiter) of only about 2,600 miles (4,200 kilometers), the spacecraft’s trajectory takes it out to an “apojove” (the farthest part of an orbit around Jupiter) of roughly 5 million miles (8.1 million kilometers).

The first spacecraft to make repeated close flybys of Jupiter’s mysterious cloud tops, Juno captured stunning images of storms and cloud swirls in the planet’s atmosphere using its color JunoCam camera. One of its first findings was that the giant planet’s poles are covered by dense storms the size of the Earth. Another was that the planet’s iconic belts and zones, especially the one closest to Jupiter’s equator, penetrate far into the planet. 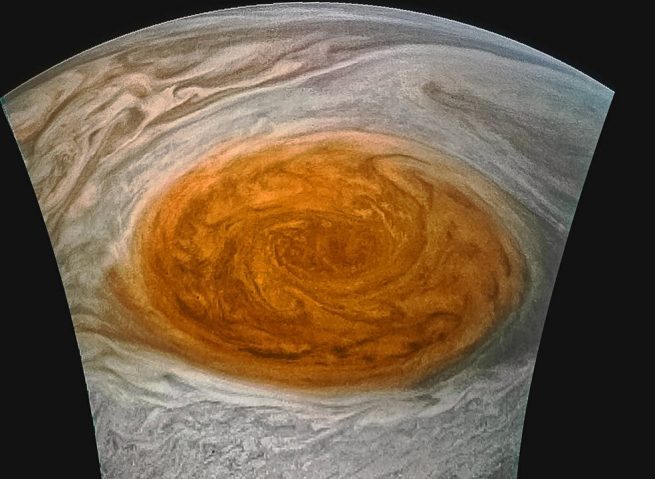 Enhanced-color image of Jupiter’s Great Red Spot as seen by Juno. This image was produced by Jason Major, a “citizen scientist” who used data from the JunoCam instrument on the spacecraft. Image Credit: NASA / JPL-Caltech / SwRI / MSSS / Jason Major

Juno flew directly over Jupiter’s Great Red Spot in July 2017, where it imaged tangled masses of clouds weaving around one another and found that the storm penetrates approximately 200 miles (300 kilometers) into the planet’s atmosphere. Analysis of JunoCam’s photos of the Great Red Spot will help scientists better understand the phenomenon’s evolution over time.

Using its ultraviolet spectrograph and energetic-particle detector instruments, Juno observed powerful auroras over the planet’s poles. While the auroras are aligned with Jupiter’s magnetic field and are between 10 and 30 times more powerful than auroras on Earth, they are not always visible. Furthermore, the mechanism that powers Jupiter’s auroras is significantly different from that which powers auroras on Earth, a phenomenon that continues to puzzle scientists.

With data collected by Juno’s Jovian InfraRed Auroral Mapper (JIRAM), mission scientists created a 3D infrared movie depicting the powerful cyclones and anti-cyclones over the poles, which power the planet’s magnetic field. JIRAM detected infrared light originating within the planet and successfully studied the weather as far as 45 miles (70 kilometers) beneath the cloud tops.

Juno also detected powerful lighting in Jupiter’s highly-charged atmosphere. While lightning on Earth is most common near the equator, on Jupiter, it occurs mostly at the poles.

“With every additional orbit, both scientists and citizen scientists will help unveil new surprises about this distant world,” Zurbuchen said. 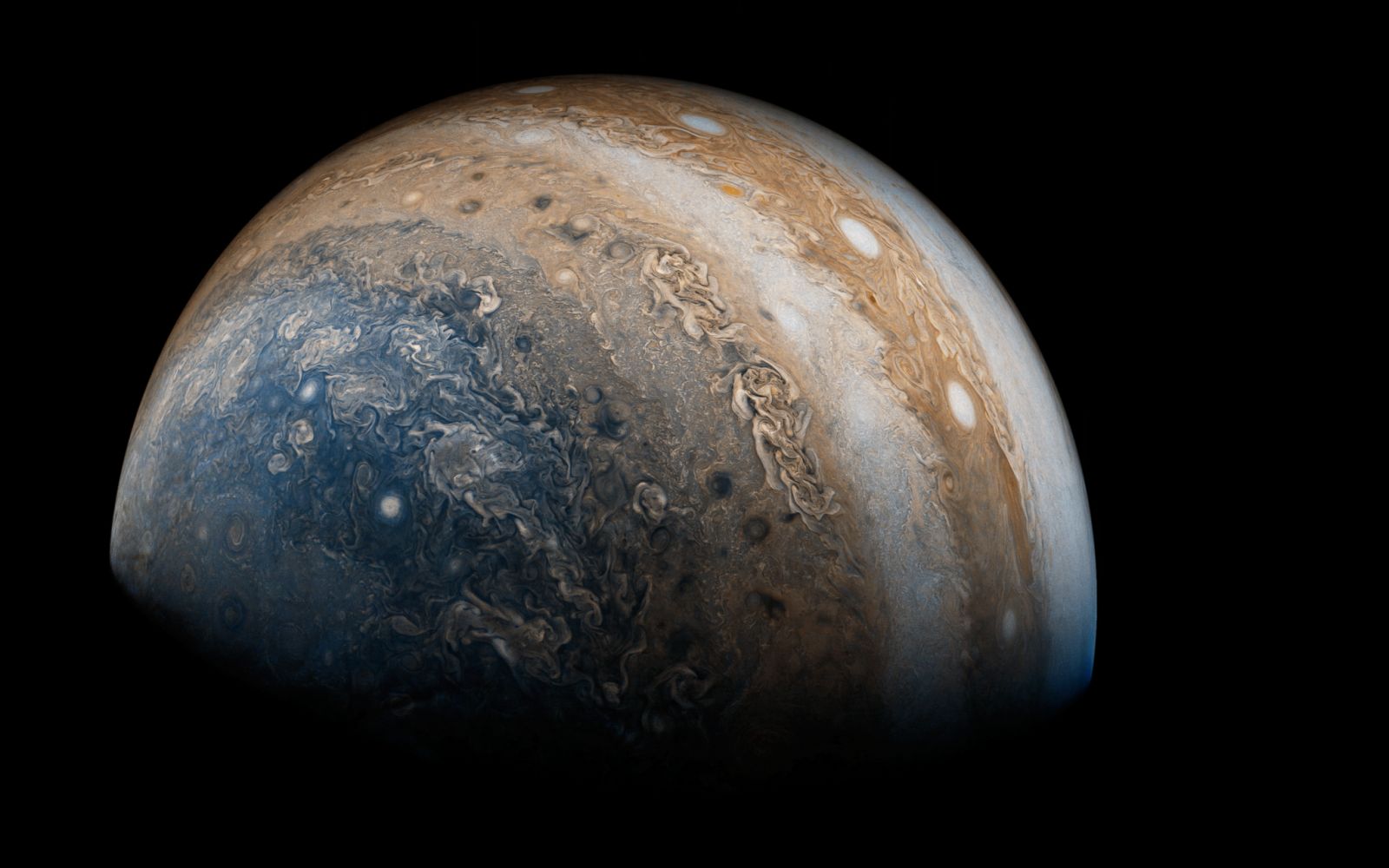