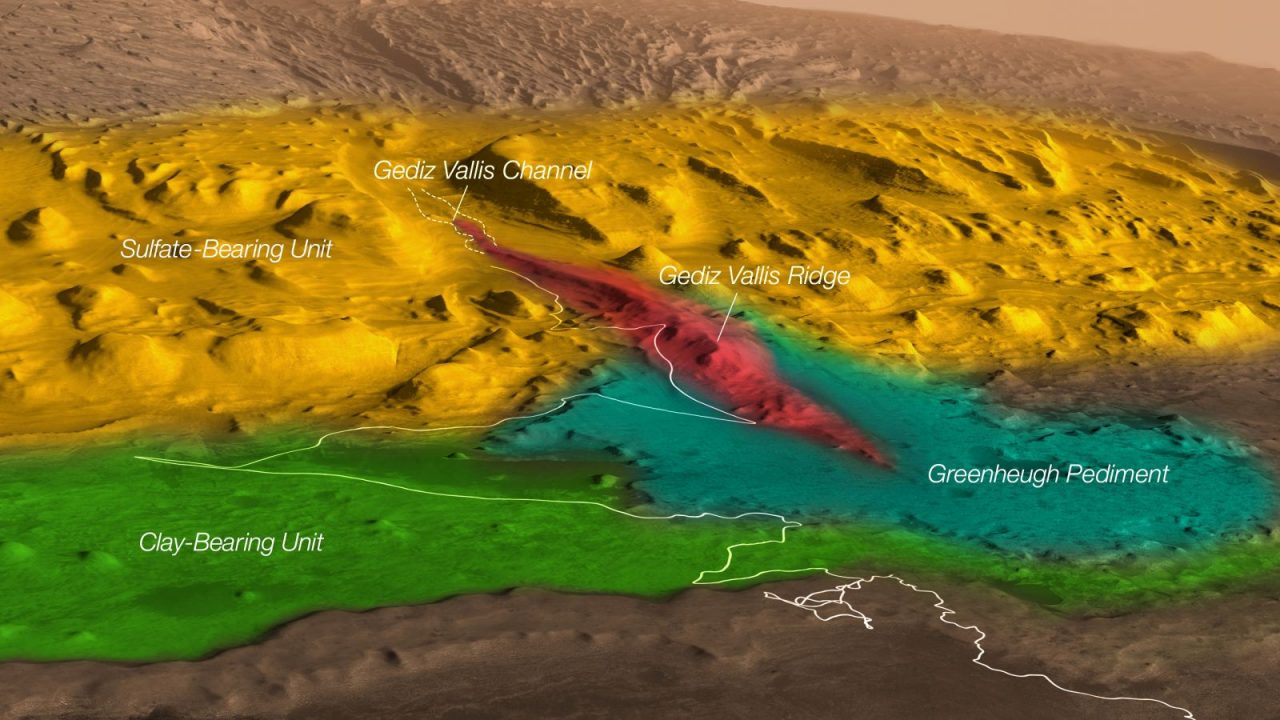 This annotated map shows a proposed route for NASA’s Curiosity rover, which is climbing lower Mount Sharp on Mars. The map labels different regions that scientists working with the rover would like to explore in coming years. Image Credit: NASA/JPL-Caltech/ESA/Univ. of Arizona/JHUAPL/MSSS/USGS Astrogeology Science Center

Since landing on the Red Planet in August of 2012, NASA’s Curiosity rover has been collecting data about the geology and chemistry of the Martian surface, finding mineral evidence of past habitable environments on Mars.

Curiosity has been climbing Mount Sharp—a feature that is of interest to the mission’s science team because of its geologically distinct regions—since 2014. Each region represents a different period in the history of the mountain, which rises about 3 miles (5 kilometers) above the floor of Gale Crater.

The rover spent nearly a year exploring Vera Rubin Ridge and is currently in an area called the “clay unit” where it recently started analyzing rock samples.

NASA’s Jet Propulsion Laboratory recently released a animated video fly-over of Mount Sharp that shows the proposed route Curiosity might take as it continues to wind its way up the mountain.

Among the targets of interest for the science team are the “sulfate-bearing unit,” where sulfate minerals may indicate the area was drying up or becoming more acidic in ancient times; and Gedis Vallis, a feature where a river may have carved a path through the sulfate unit.