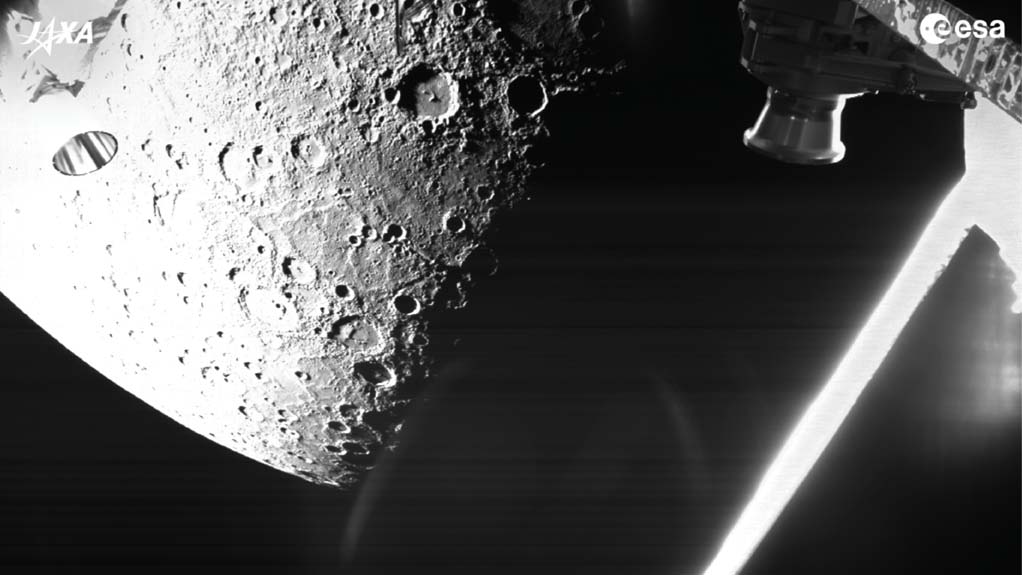 The first close views of Mercury by the BepiColombo spacecraft were snapped as the mission made a gravity assist pass on its journey to eventually orbit the closest planet from the Sun.

Taken over a period of four hours, the photos were snapped Oct. 1, 2021, by the probe, which is a collaboration of the European Space Agency and Japan Aerospace Exploration Agency, ESA and JAXA. 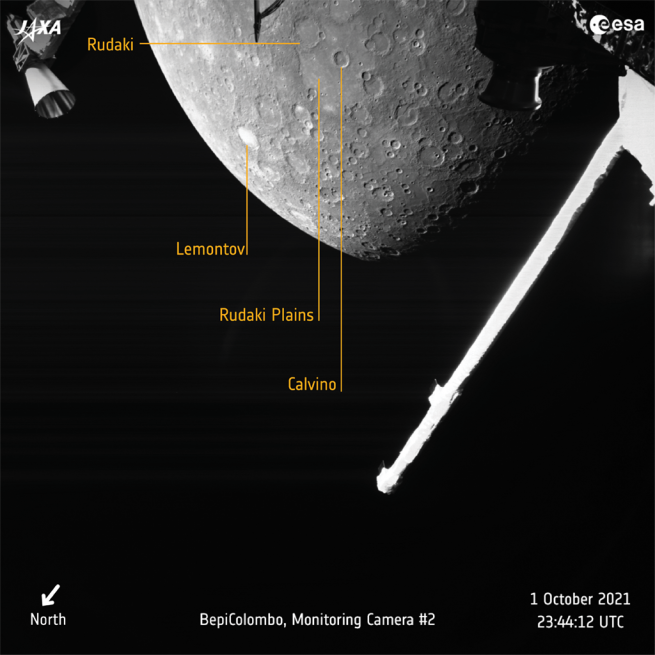 The close approach occurred at approximately 7:34 p.m. EDT (23:34 UTC) Oct. 1. Captures of the planet’s surface were made from the spacecraft’s observational cameras in combination with scientific data collected from an array of science gathering instruments also onboard.

BepiColombo’s photos were taken on Mercury’s night side at a distance of about 1,000 kilometers, starting about five minutes after closest approach in order for conditions to be optimal for imagery.

“It was an incredible feeling seeing these almost-live pictures of Mercury,” said Valetina Galluzzi, co-investigator of BepiColombo’s SIMBIO-SYS imaging system that will be used once in Mercury orbit. “It really made me happy meeting the planet I have been studying since the very first years of my research career, and I am eager to work on new Mercury images in the future.”

Scientists are eager to study the science collected once they are in orbit around Mercury. Not much is known about the planet and its cratered surface resembling Earth’s moon at first glance.

Both spaceships will take a detailed look at Mercury from the core to its thin rocky outer shell, magnetic field and exosphere.

Researchers hope to better understand the evolution of origin of a planet and its relationship to its parent star. 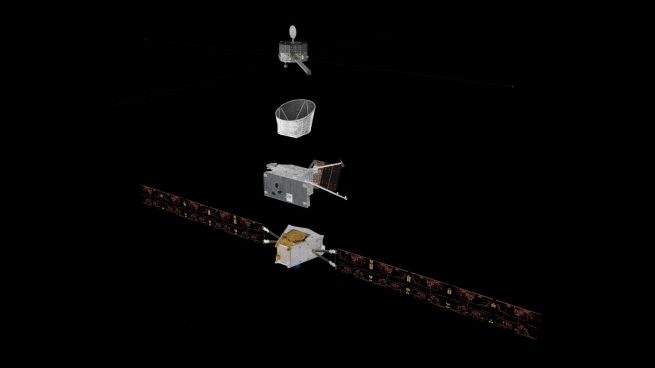 Exploded view of the main parts of the BepiColombo mission. Image Credit: ESA

Mercury’s mostly dark exterior was formed by a massive volume of lava billions of years ago with some craters dating earlier than others from more recent youthful lava flows as the floors of older craters were flooded with the younger lava, according to ESA.

There are more than a 100 sites where volcanic eruptions have disturbed the cratered surface of Mercury.

BepiColombo aims to help scientists better understand the mysteries of Mercury with images and data including specifics previously supplied by NASA’s Messenger orbiter mission, which circled the planet between 2011 and 2015.

The ESA/JAXA spacecraft launched in 2018 and requires nine planetary flybys in order to reach Mercury and enter orbit. One at Earth (April 2020) and two at Venus (October 2020 and August 2021) have already occurred. Five more flybys of Mercury are required, with the next one expected in June 2022, before BepiColombo is able to enter orbit in December 2025. Once there, it’ll reach a final science orbit in March 2026 where it is expected to remain until at least May of 2027.