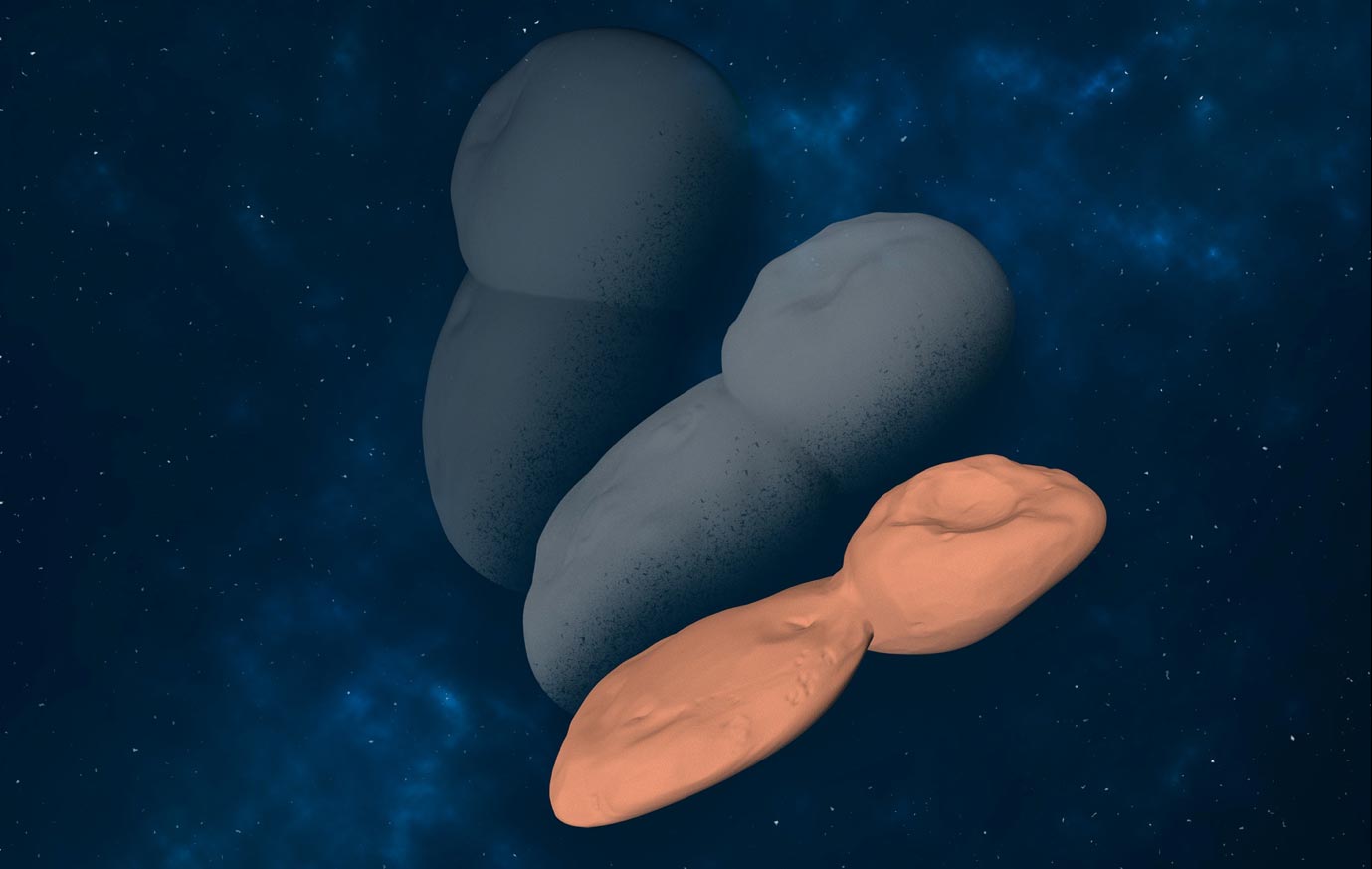 Artistic rendering of Arrokoth’s evolution as driven by loss of mass due to sublimation. Image Credit: ZHANG XUAN FROM PMO

The flattened shape of the two lobes that make up Arrokoth, the Kuiper Belt Object (KBO) visited by the New Horizons spacecraft in January 2019, may hold clues to the formation process of planetesimals and even planets.

Arrokoth, the most distant and most primitive object ever visited by a spacecraft, is a bi-lobed object believed to have been created through the gentle merger of two separate KBOs that formed close to one another and orbited one another slowly until they eventually merged. Both of its lobes have flattened shapes that are aligned to its equatorial plane.

These findings initially surprised scientists. In a recent study, an international team of researchers created a computer simulation of Arrokoth’s evolution that indicates the lobes’ flattened shapes could be the result of outgassing of volatiles, chemical elements and compounds that have low boiling points and are associated with the crusts and atmospheres of planets and moons.

Led by Zhao Yuhui of the Purple Mountain Observatory (PMO) of the Chinese Academy of Sciences (CAS), the researchers developed a mass-loss-driven-shape evolution computer model (MONET), which confirmed that outgassing of volatiles over a period ranging from one to 100 million years could have produced the flattened shape of Arrokoth’s lobes.

The MONET model, which took three years to develop, was initially created for a 2018 study aimed at understanding the evolution of icy bodies in the outer solar system rather than the specific evolution of Arrokoth. It was used to analyze data from several space missions, including the European Space Agency‘s (ESA) Rosetta probe to Comet 67P/Churyumov-Gerasimenko.

Researchers used the model to focus on how mass loss due to sublimation may have shaped the topography and structure of these icy bodies.

Scientist Will Grundy of the Lowell Observatory in Flagstaff, Arizona, first suggested Arrokoth underwent sublimation early in its history. He proposed that low temperatures in the distant outer solar system, which was initially surrounded by dust from the solar nebula, would have frozen carbon monoxide and methane onto the dust grains that accreted to form planetesimals. As the solar system formed, the dust in the solar nebula would have cleared, letting in higher levels of solar radiation, raising these objects’ temperatures and causing these volatiles to sublimate into gases.

Both of Arrokoth’s poles experience continuous solar light during their polar days and therefore attain higher temperatures than its equatorial regions, which undergo regular day and night cycles. This results in much higher loss of mass due to sublimation at the poles and likely led to the nearly symmetric flattening of both poles seen today.

In the absence of major collisions among objects, this process could be the dominant force that shaped many distant KBOs and possibly modified those of centaurs and Jupiter Family Comets (JFCs), which originated in the Kuiper Belt and subsequently migrated inward.

A paper on this latest study has been published in the journal Nature Astronomy. 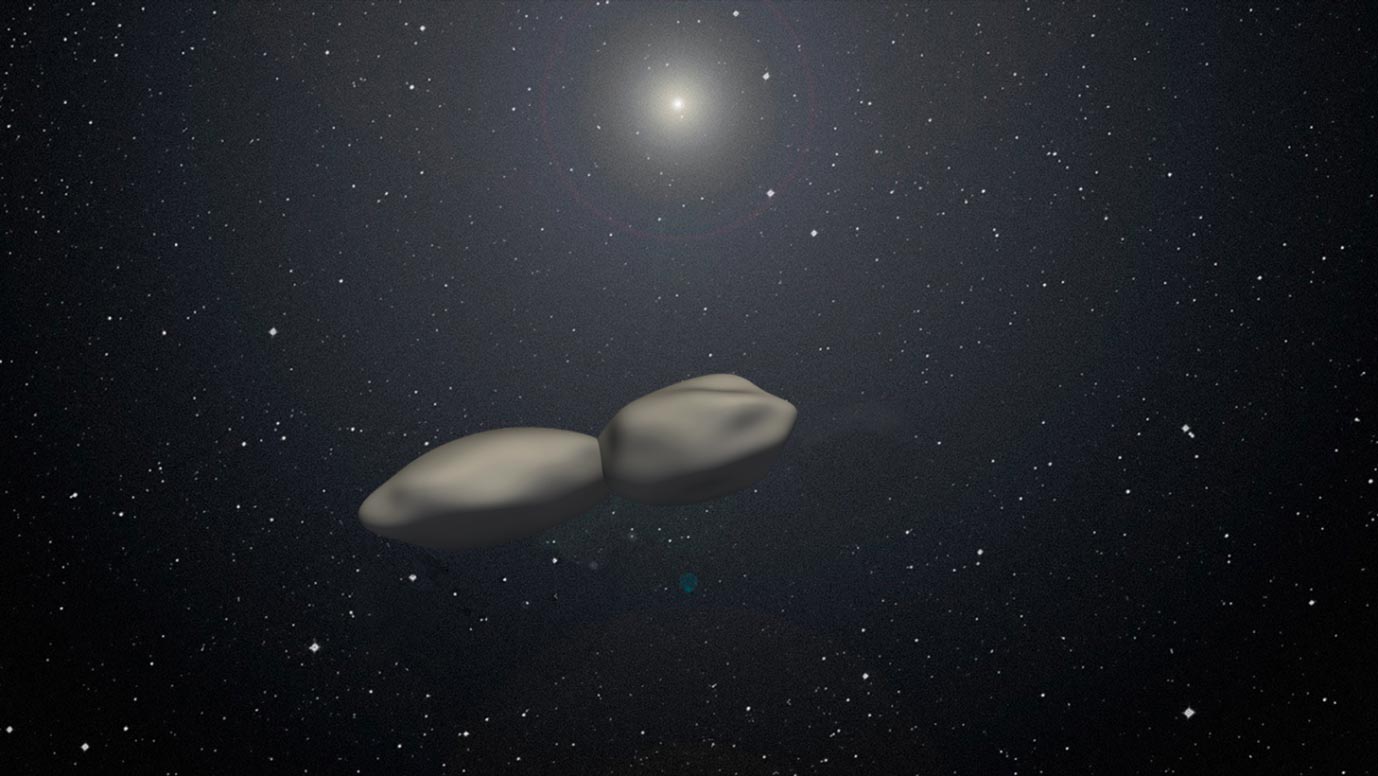