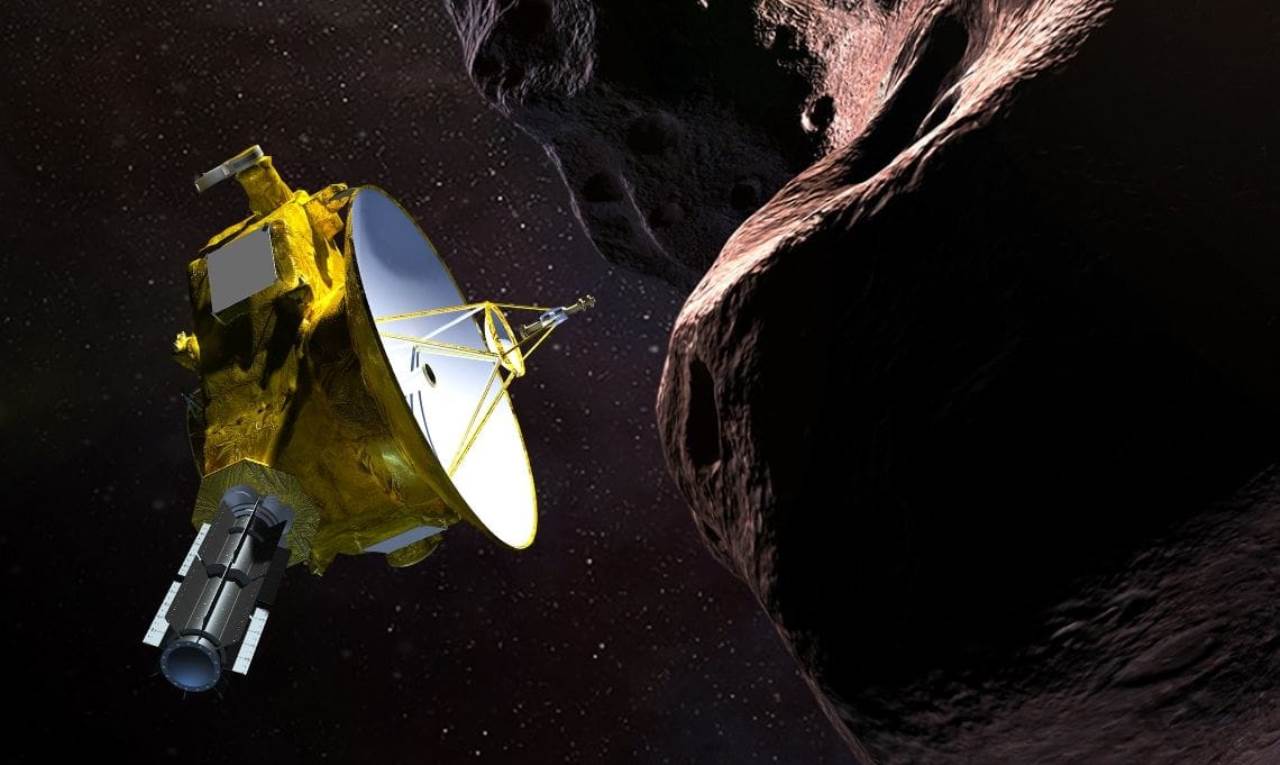 Using the latest images of Ultima Thule returned by the New Horizons spacecraft, mission scientists created an animation depicting the Kuiper Belt Object’s (KBO) rotation during the last hours before the probe’s closest approach at 12:33 am EST on Jan. 1, 2019.

Several of the distant images used to create the movie were sent back to Earth between January 12 and 14, following approximately a week when the spacecraft was unable to communicate due to having been in solar conjunction.

Also included in the animation are two of the highest resolution photos sent back immediately following the flyby.

All raw images used to create the animation have been posted on New Horizons‘ LORRI web page.

Viewers can see Ultima Thule growing larger as the spacecraft closed in on it during the seven hours covered in the animation.

To enhance the details on Ultima Thule’s surface, mission scientists sharpened the raw images returned by the spacecraft. They created two separate animation movies of the object’s rotation, one at the images’ actual scale, beginning with a resolution of 1.5 miles (2.5 km) per pixel in the first frame and ending with a resolution of 0.08 miles (0.14 km) in the last frame, and a second one that keeps Ultima Thule the same size throughout, correcting for the decreasing distance to increase visible detail as the spacecraft drew closer.

The seven-hour time lapse movie depicts slightly less than half a rotation by Ultima Thule, which spins on its axis around every 16 hours.

Studying the enhanced image will help scientists identify the KBO’s actual shape and provide insights into its origin four billion years ago.

Mission principal investigator Alan Stern of the Southwest Research Institute (SwRI) in Boulder, Colorado, announced the publication of an abstract for his presentation on Ultima Thule at the 50th Lunar and Planetary Sciences Conference (LPSC) in The Woodlands, Texas, from March 18-22.

A total of 40 abstracts detailing flyby findings will be presented at the conference even though just one percent of the data collected by the spacecraft has been returned. 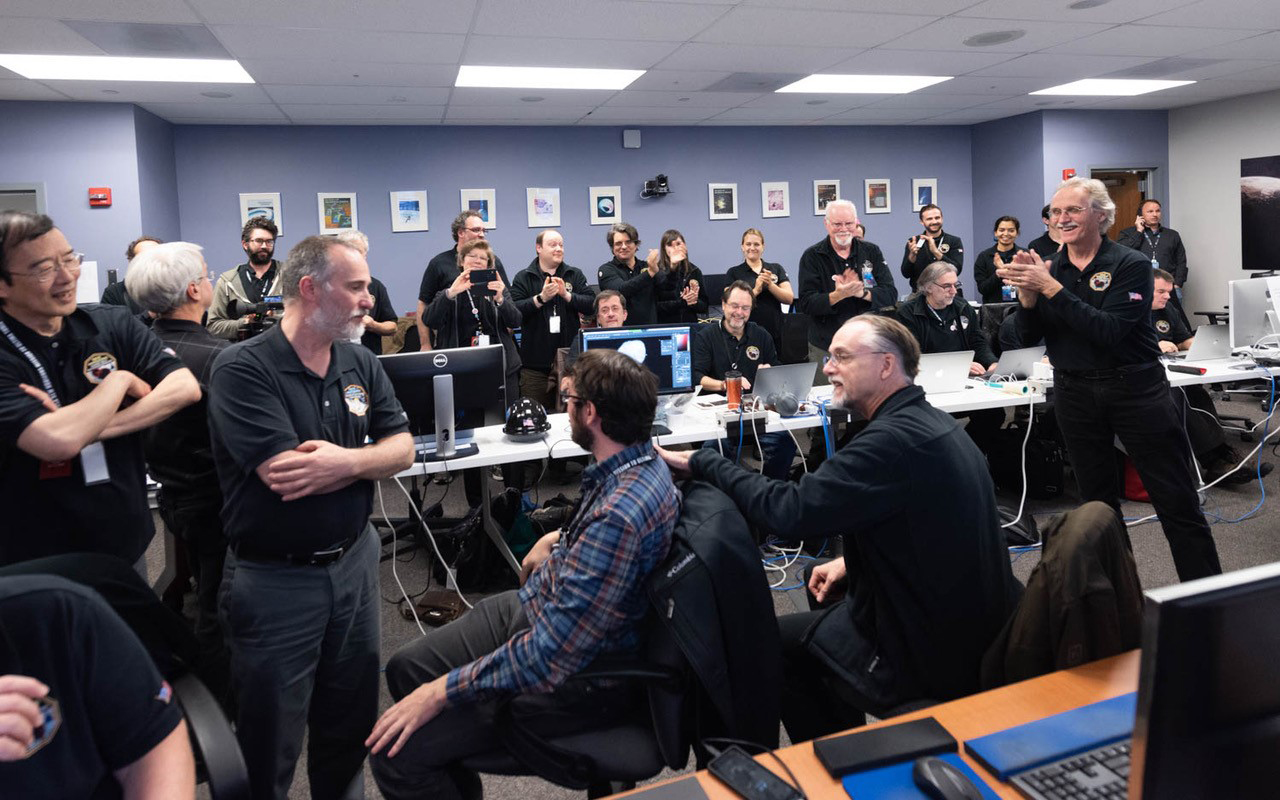 Photo from mission headquarters taken after it was confirmed that New Horizons had completed a successful flyby. Photo Credit: Henry Throop & Ed Whitman

Key points in Stern’s presentation include the facts that Ultima Thule is a contact binary that formed from a gentle merger of two objects several billion years ago; that Ultima Thule has no rings, moons, or atmosphere; that the KBO is red with little color variation between its two lobes; and that its surface reflectivity and markings vary, with the brightest region being the “neck” holding the two lobes together.

Currently, the spacecraft is conducting distant observations of several KBOs and also studying the gas, dust, and radiation in its Kuiper Belt environment. In March, it will look from afar at one of the alternate flyby targets found with Hubble in 2014. Even though that KBO, known as 2014 PN70, will never appear larger than a dot in New Horizons images, the probe’s observations from a distance are expected to reveal its shape, rotation period, surface properties, and any orbiting moons.

The sharpest, closest flyby images will be sent back via NASA’s Deep Space Network (DSN) some time in February. While return of all Ultima Thule flyby data will take 20 months, by late next month, mission scientists expect to have more stereo images, which will shed light on Ultima Thule’s geology, color, shape, and composition, Stern noted.

The New Horizons team plans to propose a second extended mission to travel further into the Kuiper Belt starting in late 2021. Engineering data returned after the flyby indicates less fuel was used for the Ultima Thule flyby than expected, leaving more available for an extended mission.

Apparently its spin axis has been observed to move in the object’s coordinates. That suggests that it is not a rigid body and its internal composition is redistributing mass and changing the orientation of its maximum moment of inertia axis inside the body. If the initial axis of stable rotation (the maximum inertia axis) becomes the intermediate moment of inertia axis the spin is unstable and the object will have to perform a “flip” and start spinning about the new maximum axis of inertia. However if it settles out in this new spin mode it would have to have an internal energy dissipation mechanism like a liquid.