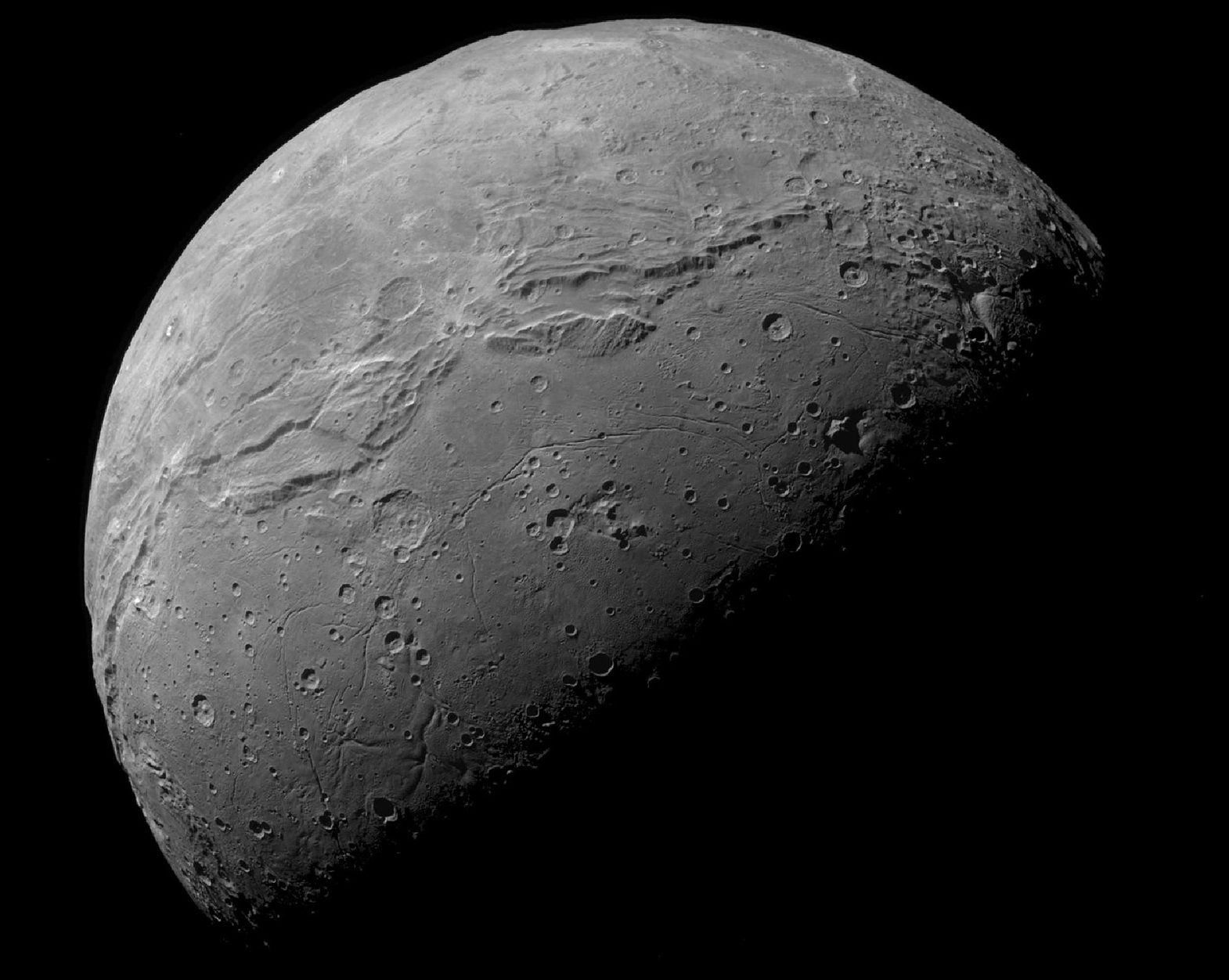 A new study of data returned by NASA’s New Horizons mission about the icy surface of Charon, Pluto’s largest moon, indicates its surface ice originated via eruptions of an ancient subsurface ocean.

Images of Charon’s surface show the presence of mountains and canyons as well as evidence of resurfacing, which is caused by geological activity. The latter is similar to regions on Pluto such as Sputnik Planitia, the left side of its “heart” feature, where a lack of craters indicates resurfacing continues to this day.

Large ridges and canyons near Charon’s equator, including a very large and deep canyon running across the side of the moon facing Pluto, support the theory that eruption of an underground ocean long ago produced what is now the large moon’s icy shell. 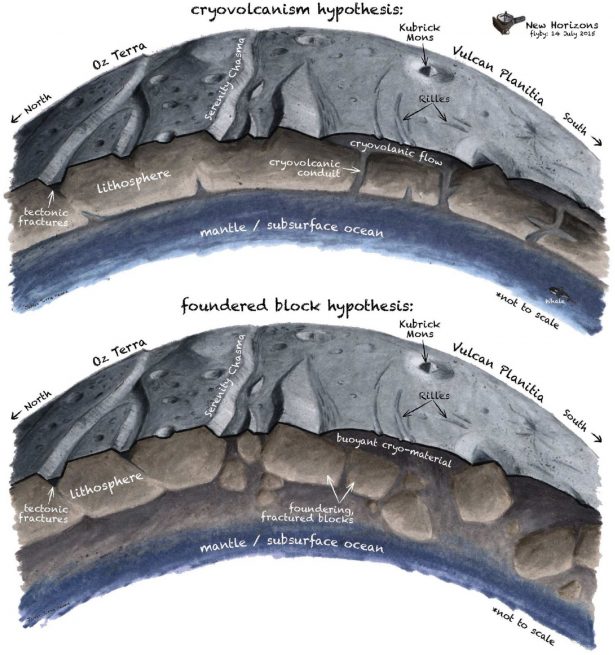 Craters are abundant on Charon’s northern and southern regions, likely due to repeated impacts by meteoroids.

New Horizons obtained better data of the Pluto-facing side of Charon than of its other side. Both Pluto and Charon are tidally locked to one another, meaning each object always shows the same face to the other. Because the spacecraft was traveling so fast during the flyby and both Pluto and Charon have rotation periods of 6.39 days, New Horizons was able to capture only one side of each object in high resolution.

Vulcan Planitia, a smooth region in Charon’s southern hemisphere, shows features that appear to have been created by ancient flooding, such as mountains rising out of empty moats. These features are produced by the flowing of viscous material, which has a thick, syrupy consistency. In Charon’s case, that material would have been icy slush. On Earth, lava flows often have the same viscous composition.

Scientists theorize early Charon was warmer than it is today and held a significant amount of liquid. Over time, as the moon cooled, its surface froze, leaving behind an underground ocean that likely erupted onto the surface via cryovolcanism. This could have occurred in one of two ways: a slow flow of material onto Charon’s surface or a more energetic eruption that caused large surface cracks, rupturing the surface’s top layers and producing large ice chunks that fell back into the subsurface ocean.

Since both the slow and fast processes could have produced the same, current features seen on Charon, scientists will need to use computer models to determine which scenario was more likely.

An alternate theory, which proposes that Charon’s surface ices melted during a warm period only to re-freeze around its mountains, is considered less likely to have occurred. “That requires a lot of heating late in Charon’s evolution,” which is unlikely though not impossible, said Ross Beyer of NASA Ames and of the SETI Institute, who led the study.

A paper on this study was published in the January 21 issue of the journal Icarus.