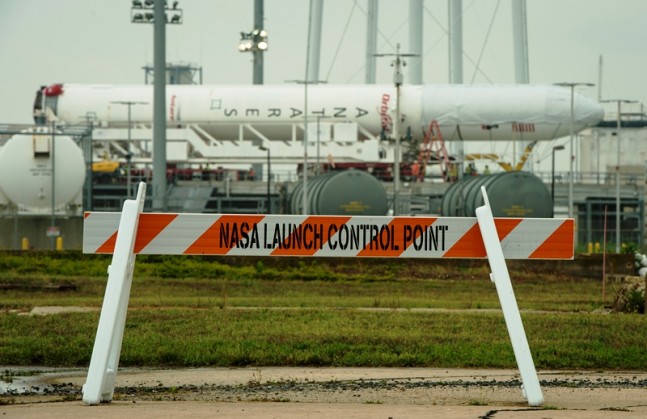 WALLOPS ISLAND, Va — Severe weather in and around NASA’s Wallops Flight Facility in Virginia has caused the launch of an Orbital Sciences Corporation’s (Orbital) to be delayed 24 hours. The launch is now set to occur no earlier than 12:52 p.m. EDT (1852 GMT) from the Mid-Atlantic Regional Spaceport’s Pad-0A on July 13. The mission will mark the second operational flight under the $1.9 billion Commercial Resupply Services contract that the Dulles, Virginia-based firm has with NASA.

The following statement was issued by NASA regarding this latest delay: Orbital Sciences Corp. has postponed the launch of its Cygnus cargo spacecraft to the International Space Station until 12:52 p.m. EDT on Sunday, July 13, from the Mid-Atlantic Regional Spaceport’s Pad 0A at NASA’s Wallops Flight Facility in Virginia. Severe weather in the Wallops area has repeatedly interrupted Orbital’s operations schedule leading up to the launch.

The mission, dubbed Orb-2, will see the third of Orbital’s Cygnus spacecraft deliver cargo and crew supplies to the International Space Station.