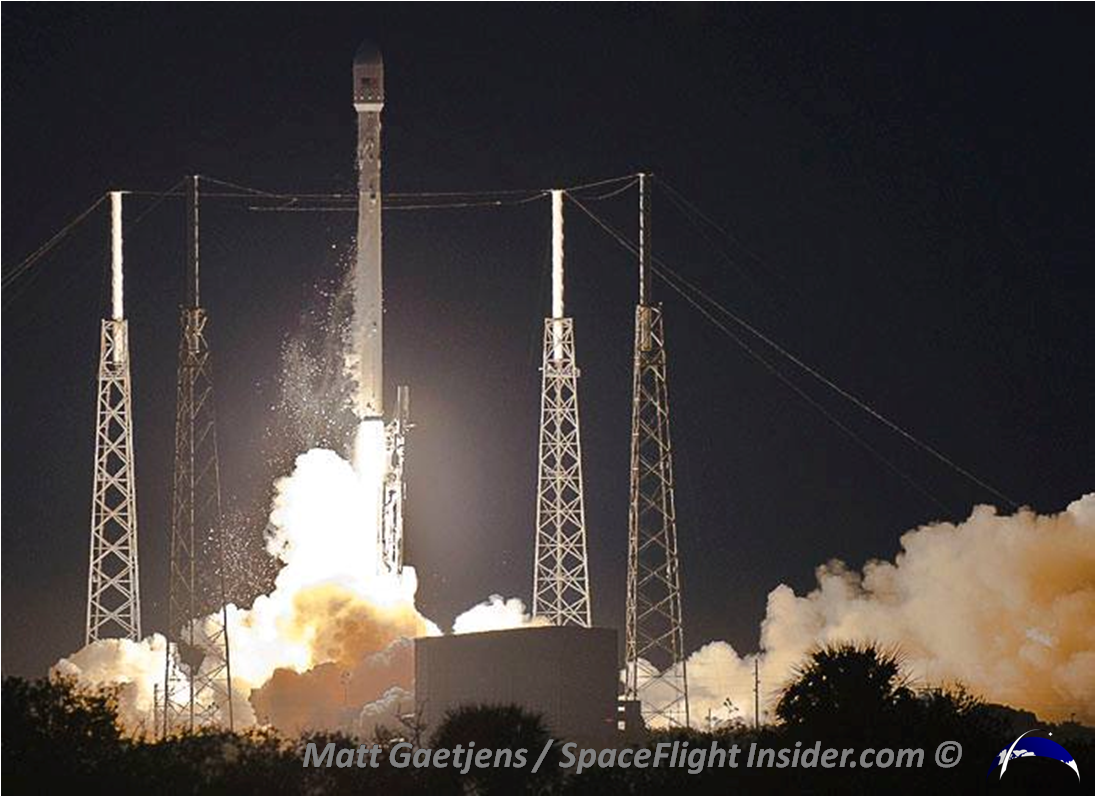 CAPE CANAVERAL, Fla — The Falcon 9 v1.1 cast a long shadow across Cape Canaveral Air Force Station this past week. Liftoff took place at 5:41 p.m. EST at the Cape’s historic Launch Complex 40. With it, comes the usual imagery of fury unleashed as rocket delivers its charge, in this case the SES-8 communications satellite – into the black.

Sadly, the media wasn’t allowed to set up remote cameras at the pad as SpaceX didn’t allow photographers to set up remotes. If one has ever seen an image of a rocket and it looks like it was taken from just a few feet away? That’s a remote shot. Launches as sensitive as those conducted on behalf of the National Reconnaissance Office allow remotes. No reason as to why this wasn’t allowed has been given. During the first flight of the F9 v1.1, media were not hosted by SpaceX due to the wishes of the customer, for this launch, it has been stated that the reason why remotes weren’t setup was due to the U.S. Air Force being unable to support. The Hawthorne, California-based company tried to get the F9 V1.1 off the pad on two separate occasions. However, issues with the first stage and low engine pressure caused both of these attempts to end in a scrub. The third time is the charm so they say and on this evening – they were right.

With a powerful roar the Falcon 9 v1.1 thundered off of the launch pad and, using it’s nine Merlin 1D engines, painted the sky. The rocket’s plume turned pink, red, and neon blue. The first stage shutoff and separation was visible, as was the separation of the fairing that shielded the SES-8 comm sat. This is a rare sight, some veterans exclaimed that there were “too many pieces” falling away.

SpaceX has made a habit of proving naysayers wrong, Tuesday’s launch was the seventh for the Falcon 9 – all seven have been successful. When taken into historical context – this is a rare feat.

Seventy-five percent of new launch vehicles experience a catastrophic failure within the first three launches or so. F9 and this new variant? Zero. SpaceX is 11 years old and has sent spacecraft to the International Space Station three times. The other competitor under the NASA inititative to do so is more than 30 years old and has only sent a single craft to the orbiting laboratory. SpaceX has launched its various offerings from three different sites using variants of the two rockets the company employs. In short? You can’t argue with success. In this image, the two white dots in the center – are the two halves of the Falcon 9’s fairing falling back to Earth. Photo Credit: Mike Howard / SpaceFlight Insider The Falcon 9’s plume was lit up by the setting rays of the sun. Photo Credit: Jeff Seibert / Wired4Space