ORS-3 Set to launch a payload of innovation 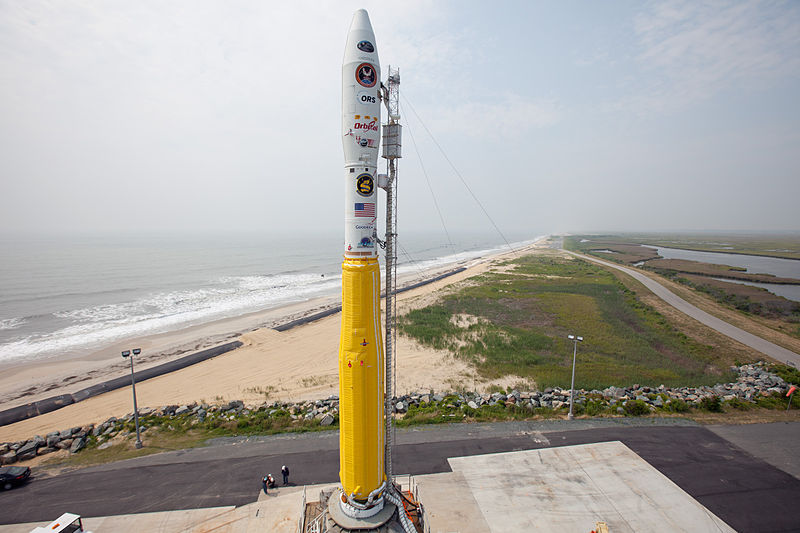 All eyes will be on the night sky next week as Orbital Sciences Corporation’s Minotaur I rocket carries the ORS-3 Expendable Launch Vehicle (ELV) into space. ORS-3, which stands for Operationally Response Space, is also known as the “enabler mission” and is looking to make access to space more efficient and cost effective. ORS-3 is a mission for the U.S. Air Force and is set to launch Tuesday, Nov. 19 from Wallops Flight Facility’s Mid-Atlantic Regional Spaceport’s (MARS) Pad-0B.

This will be the third ORS expendable launch vehicle mission, which consists of 28 CubeSats, two experiments, and STPSat-3. The payloads come from a wide range of aerospace organizations, including Ball Aerospace and ATK, in conjunction with the U.S. Air Force. Perhaps the most unique of the payloads is the TJCubeSat built by Jefferson High School students of Alexandria, Virginia. The mission also brings together several aerospace partners under the common goal of providing commercial-like launch operations as well as testing and verifying the ORS Enabling technologies. These “enablers” will automate engineering tasks (such as a validated flight trajectory) which is hoped will speed up the timeline process from a few months – to a few days.  The success of these technologies would be crucial to the advancement of commercial spaceflight in terms of cost and time.

In partnership with safety offices of NASA and the Air Force, the ORS Office will also be flying an Autonomous Flight Safety System (AFSS) in demonstration mode. The launch of ORS-3 will be one of three certification flights to qualify it for use. This AFSS will then have the potential to reduce the costs even further in regards to operations and maintenance on the range by eliminating the older safety infrastructure that is currently in use.

The ORS Office describes itself and the ORS-3 mission as follows: “…being dedicated to building the enabling infrastructure allowing for decreased launch timelines and overall cost savings. The ORS-3 Mission will deliver an Integrated Payload Stack to a 500km, 40.5 degree circular orbit using a Minotaur I launch vehicle (LV). The IPS consists of a larger space vehicle (SV) integrated on CubeStack Wafers that are filled with numerous CubeSats. Once the larger SV has separated, the CubeSats will be deployed in a manner that avoids risk of re-contact. Enabling technologies such as automated LV trajectory targeting and range safety process will be demonstrated. These enablers not only focus on the ability to execute a rapid call up mission, they reduce engineering hours from months to days in both cases, resulting in decreased launch costs.”

The launch of the Minotaur rocket should be highly-visible along the U.S. Eastern Sea Board. To find out where the best spots are to watch the launch from, click here: ORS-3