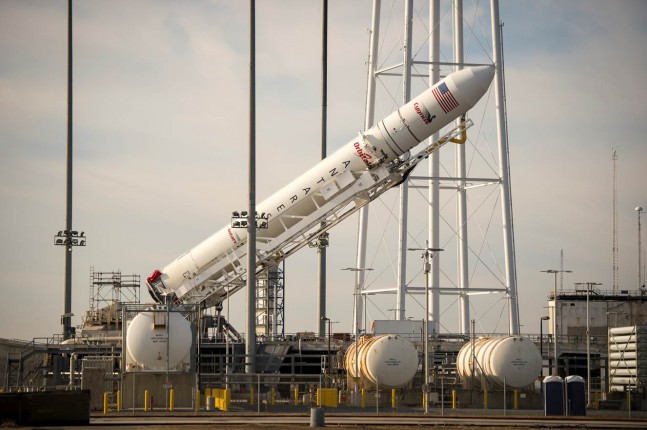 Orbital Sciences Corporation rolled the Antares rocket with the C. Gordon Fullerton spacecraft out to the Mid-Atlantic Regional Spaceport (MARS) Pad-0A early this morning. This was in preparation for a planned launch on Thursday, Dec. 19 at 9:19 p.m. EST.

If all goes according to plan, Thursday’s planned launch will be the first of eight planned cargo resupply missions to the International Space Station (ISS) as part of the $1.9 billion Commercial Resupply Services contract that Orbital has with NASA . Orbital has dubbed the Cygnus spacecraft at the top of Antares the: C. Gordon Fullerton in honor of a former space shuttle astronaut who flew the carrier aircraft during one of the company’s Pegasus launches. This flight should see a wide-range of supplies delivered to the orbiting laboratory including crew provisions, experiments and spare parts. Parts are of particular interest to the crew on the ISS at the moment as the station is currently experiencing problems with its coolant system.

Weather permitting, the first night launch of Antares should be visible up and down the east coast of the United States. In terms of launch, predictions only have a 5 percent chance of conditions which would restrict liftoff. Currently, the Launch Readiness Review is scheduled to take place tomorrow, Wednesday Dec. 18 at 10 a.m. EST.