Oh SMAP: NASA plans to get the dirt on soil moisture with new satellite 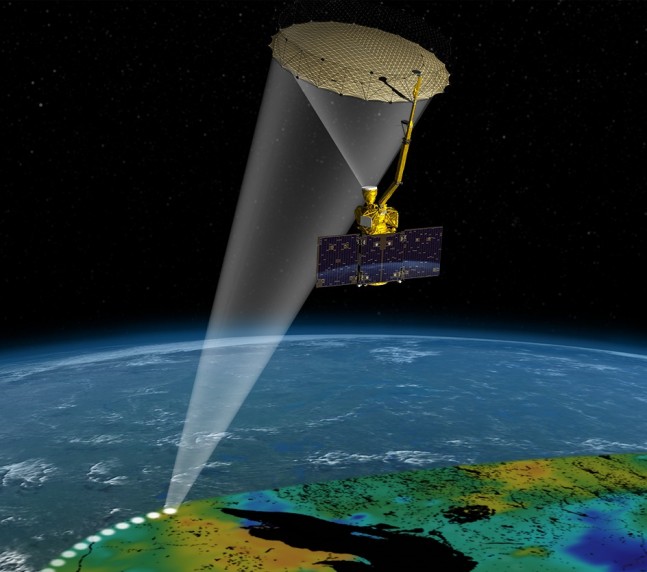 As part of NASA’s Earth Sciences campaign, a new Earth-observing satellite is prepping to launch before dawn on Jan. 29 from California’s Vandenberg Air Force base. The Soil Moisture Active Passive (SMAP) mission plans to dig into the topmost layer of our planet’s soil in order to accurately measure the hidden water within and determine how that soil water affects our weather and climate. The mission will produce the most accurate, highest-resolution global maps ever obtained from space of soil moisture, while enhancing scientists’ understanding of the processes that link Earth’s water, energy and carbon cycles. “With data from SMAP, scientists and decision makers around the world will be better equipped to understand how Earth works as a system and how soil moisture impacts a myriad of human activities, from floods and drought to weather and crop yield forecasts,” said Christine Bonniksen, SMAP program executive with the Science Mission Directorate’s Earth Science Division at NASA Headquarters in Washington. “SMAP’s global soil moisture measurements will provide a new capability to improve our understanding of Earth’s climate.”

By measuring soil moisture and how its freezes or thaws will be beneficial to scientists for multiple reasons. In order to grow, plants and crops extract water from the soil via their root system. If the moisture levels in the soil are inadequate, the plants will not grow, and ultimately the amount of crops produced will dwindle. Energy produced by the Sun also has an effect on soil moisture. Soil moisture evaporates as a result of solar energy, cooling surface temperatures and as a result, increasing moisture in the atmosphere. This allows for more cloud formation and increased precipitation. Soil moisture plays a key role not only in short-term regional weather, but also in longer-term global climate. During the summer months, plants in the planet’s northern boreal regions — forests located in high northern latitudes — grow by absorbing carbon dioxide from the atmosphere, before entering a dormant state during the winter. Scientists have discovered that the longer the summer growth period is, the more carbon dioxide is removed from the air and absorbed by the plants. The start of the summer growing season is signaled by the thawing of water in soils, SMAP will be able to help scientists more accurately measure how much carbon dioxide is removed from the air. These measurements are key to better understanding of future global warming.

SMAP also will advance our ability to monitor droughts, predict floods and mitigate the related impacts of these extreme events. It will monitor regional deficits in soil moisture, while providing critical inputs into drought monitoring and early warning systems. The mission’s high-resolution observations of soil moisture will improve flood warnings by providing information on ground saturation conditions before rainstorms.

SMAP contains two advanced instruments, working together to produce global soil moisture maps. It employs active radar, very similar to the flash on a camera; however, it transmits microwave pulses instead of visible light. These pulses pass through clouds and moderate vegetation cover to the ground and measures how much of that signal is reflected back.

The two instruments share a large, lightweight reflector antenna that will be unfurled in orbit like a blooming flower and then spin at about 14 revolutions per minute. The antenna will allow the instruments to collect data across a 621-mile (1,000-kilometer) area, enabling global coverage every two to three days.

Be sure to stay tuned to Spaceflight Insider as we continue to cover this mission leading up to the launch on Jan. 29.

Very importants information are in this post. Thank you, Amy Thompson.

Better watch out for BP and Koch brothers saboteurs at Vandenburg; they definitely do not want this baby going up and denying their climate change denial.