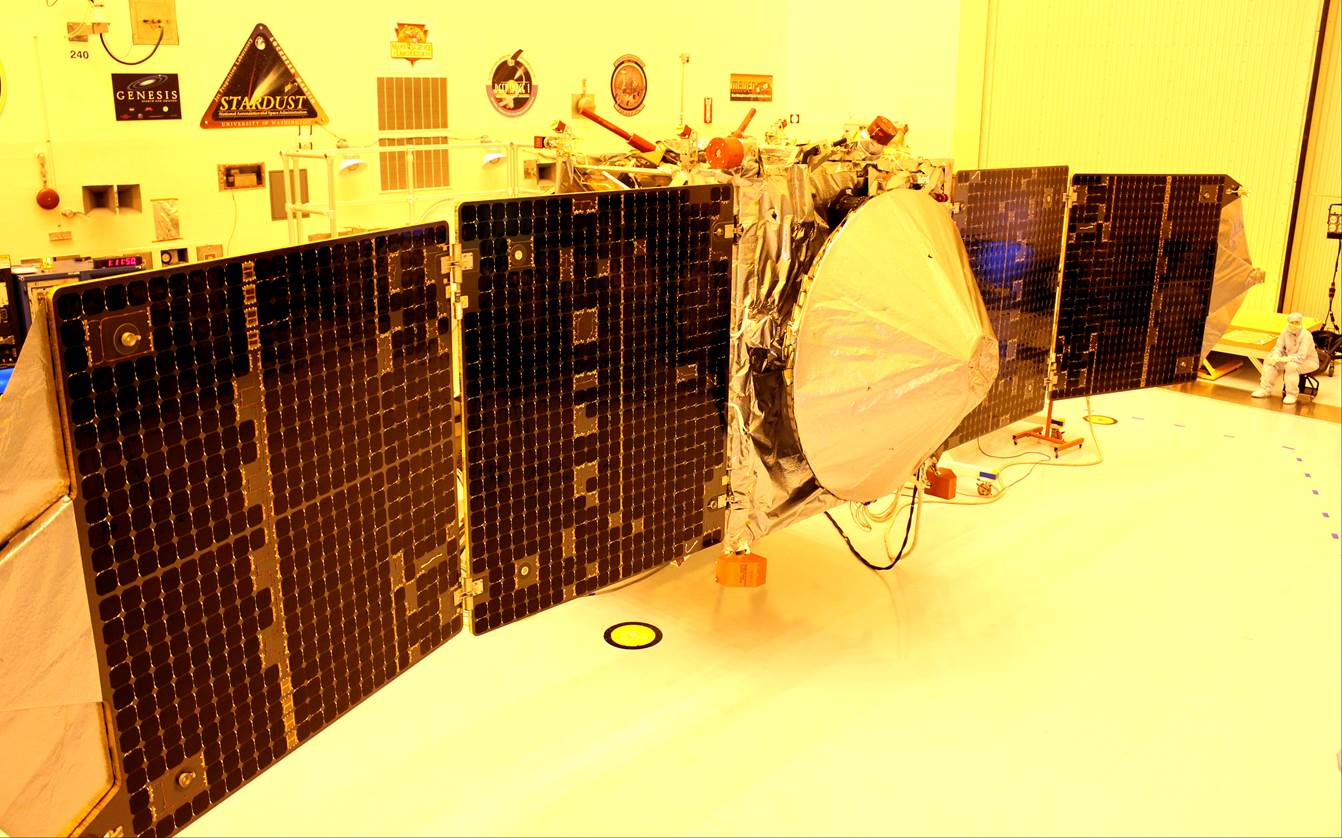 NASA's MAVEN spacecraft was repreived from delays caused by the shutdown of the federal government. Photo Credit: Jason Rhian / The SpaceFlight Group

NASA’s MAVEN spacecraft has been spared from the woes currently darkening much of the rest of the space agency. It was announced this week that despite the government shut down, the Mars Atmosphere Volatile EvolutioN (MAVEN) spacecraft would continue to receive funding via the Anti-Deficiency Act. NASA has determined that MAVEN meets the requirements of an “emergency exception.” This means that efforts to get the spacecraft off the pad during a planned November 18 launch date – can move ahead as planned.

The following was posted on MAVEN’s website by the mission’s Principal Investigator, Bruce Jakosky:

Let me tell you the current status of MAVEN.  I learned this morning that NASA has analyzed the MAVEN mission relative to the Anti-Deficiency Act and determined that it meets the requirements allowing an emergency exception. Designating MAVEN as being an “emergency exception”, allows the mission to proceed ahead with a launch date currently scheduled to take place on November 18, 2013. Photo Credit: United Launch Alliance

MAVEN is required as a communications relay in order to be assured of continued communications with the Curiosity and Opportunity rovers.  The rovers are presently supported by Mars Odyssey launched in 2001 and Mars Reconnaissance Orbiter launched in 2005.  Launching MAVEN in 2013 protects the existing assets that are at Mars today.

A delay in the launch date by more than a week past the end of the nominal launch period, or a delay of launch to 2016, would require additional fuel to get into orbit.  This would have precluded having sufficient fuel for MAVEN to carry out its science mission and to operate as a relay for any significant time.  Our nominal launch period runs from 18 November through 7 December, and we can launch as late as about 15 December without a significant impact on our combined science and relay activities.  There is no NASA relay orbiter planned post-MAVEN.

Although the exception for MAVEN is not being done for science reasons, the science of MAVEN clearly will benefit from this action. Launching in 2013 allows us to observe at a good time in the eleven-year solar cycle.

We have already restarted spacecraft processing at Kennedy Space Center, working toward being ready to launch on Nov. 18.  We will continue to work over the next couple of days to identify any changes in our schedule or plans that are necessary to stay on track.

With the issue of whether-or-not to fund MAVEN through launch apparently resolved, mission managers are now able to move the mission forward. MAVEN will be used to determined what happened to the Martian atmosphere, how so much of it came to be lost to space. If all goes according to plan, the spacecraft will be placed into elliptical orbit of around 3,900 miles (6,200 kilometers) by some 93 miles (150 kilometers) above the surface of the Red Planet.