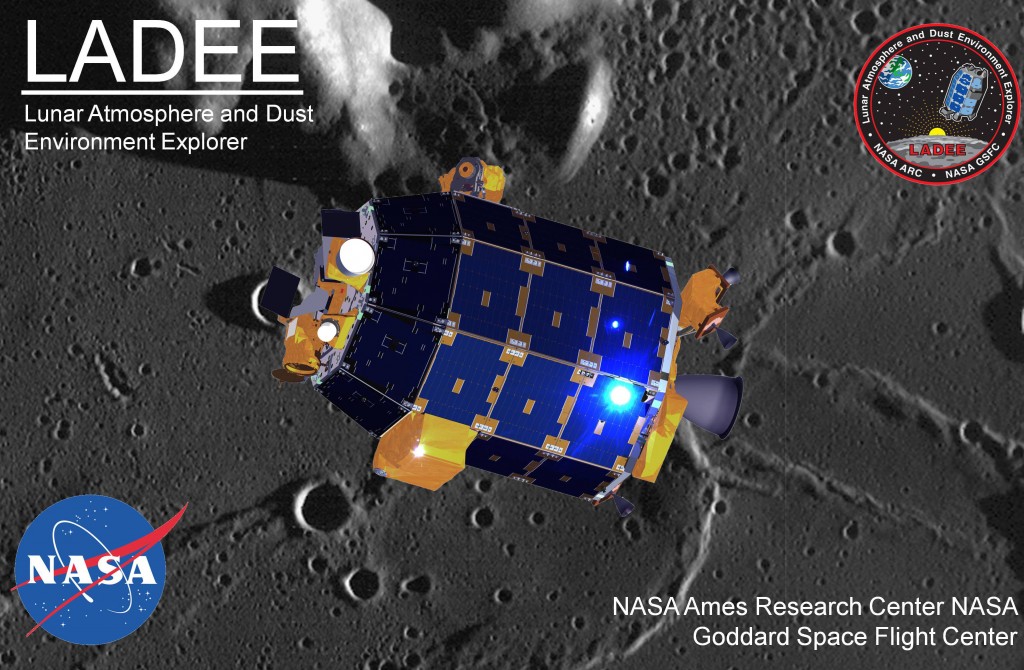 LADEE took a rather unusual approach in its transit of the Moon. Launched into a highly elliptical Earth orbit, the spacecraft made three increasingly-larger laps around Earthbefore getting close enough to enter into Lunar orbit.   These three”phasing orbits” of Earth allowed the spacecraft to gain velocity for the trans-Lunar injection, which occurred at perigee of the third orbit,, at which point LADEE’s engine fired to increase the altitude of its apogee to within the Moon’s sphere of influence.” After a long coast phase, Lunar orbit insertion (LOI) occurred using another three-minute engine burn.

Two further burns are planned, tentatively on October 9 and October 12, to position LADEE into a circular obit around the moon’s equator.  There, it will begin its nominally 100-day mission to use instruments aboard the spacecraft to study the lunar exosphere and dust in the Moon’s vicinity. Explained Warren Yasuhara, Aerojet Rocketdyne’s Vice President of Space Systems, “From the crewed Apollo vehicle to the orbiters of Lunar Prospector and LADEE, Aerojet Rocketdyne provides propulsion and power for lunar exploration.  LADEE is designed to characterize the tenuous lunar atmosphere and dust environment–an important study in preparation for returning astronauts to the Moon.”

The science payload consists of:

Due to the partial government shutdown, comment from NASA will not be available until NASA reopens.