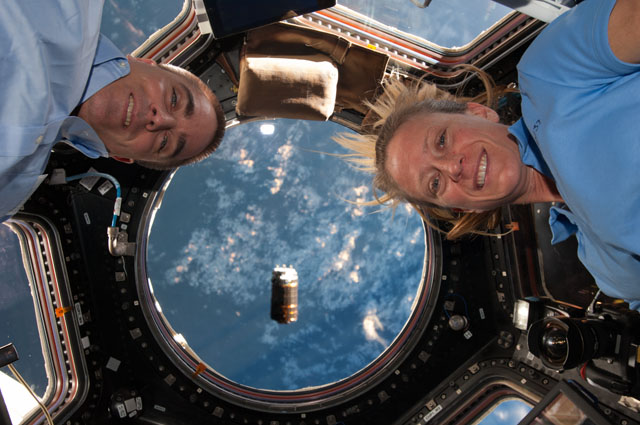 Starting in December, NASA will show the public the International Space Station in new ways that will highlight all the scientific research, cutting-edge technology testing and even the wonder of living and working in space.

“Space Station Live” will continue to air weekdays at 11 a.m. EST and now will be in a 30-minute format beginning Dec 2. It will feature live views from the International Space Station, updates on the crew’s daily activities, enhanced content and interviews on space station science and features on how that science benefits life on Earth.

The “Space to Ground” web series will be available every Friday beginning Dec. 6. This series will be a short wrap-up of the week’s activities aboard the space station that will showcase the diversity of activities taking place aboard the world’s only orbiting laboratory. This video also will be posted to the agency’s social media accounts and can be shared and downloaded by the public.

The International Space Station remains the springboard to our next great leap in exploration. The space station is a convergence of science, technology and human innovation that is helping us learn what it means to be a spacefaring people by demonstrating new technologies and making research breakthroughs not possible on Earth.

For media b-roll and resources on the International Space Station, visit: http://www.nasa.gov/stationnews

For more information about the International Space Station, visit: http://www.nasa.gov/station