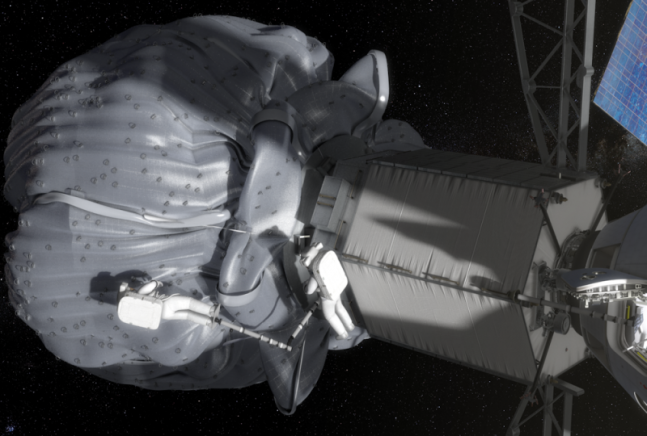 NASA officials held a teleconference on Friday, March 21, to discuss the Asteroid Redirect plan, part of the Asteroid Initiative which President Obama ordered in 2010 as a replacement for the cancelled Constellation Program which would have returned American astronauts to the Moon. The plan unveiled by the Obama White House has not met with much interest, something NASA hopes to see change when it launches the first Orion spacecraft later this year and its new heavy-lift booster, the Space Launch System in 2017.

There is some debate as to the value of such a mission, for its part, the space agency has worked to relay the potential in carrying out such an endeavor.

“We see it as an important step in our exploration beyond LEO into the Solar System,” said Greg Williams, deputy associate administrator for policy and plans for NASA’s Human Exploration and Operations Mission Directorate. “The asteroid mission provides an exciting opportunity to demonstrate technologies that we’ll need for the future of exploration, as well as teach us about asteroids themselves. But we see this as an important stepping stone of our exploration beyond LEO.” Although some more tantalizing details about a possible mission to an asteroid were revealed – much of what it might look like has yet to be determined. Image Credit: NASA

Williams identified five areas of interest addressed on a workshop held in June of 2013 they were as follows:

“An asteroid is not an easy thing to rendezvous with,” Williams said, “given their rotation rates and tumbling vectors and so on. We’re also interested in technologies associated with the sampling of such material for such an object, which is a challenging thing to do.” If all goes according to plan, the Asteroid Redirect Mission, would be the first time that humans have traveled to another celestial body since 1972. Image Credit: NASA

As with most anything these days, one of the overriding concerns is the current economic climate. NASA officials detailed how they are reviewing different options so as to best provide the most beneficial return on the investment.

“We’re also looking at how do we put together this entire spacecraft in the most economical way,” said James Reuther, deputy associate administrator for programs for NASA’s Space Technology Mission Directorate. “Are there existing bus platforms that we can leverage that would be able to make the overall mission more affordable? And also, in the terms of improving our understanding of asteroids in particular, we’re also looking at whether we can do precursor missions with small satellites or ride-along missions that would go along either on the launch vehicle and/or the asteroid redirect vehicle. Either of those opportunities are ways to improve our understanding of asteroids and improve our ability to actually perform this mission and seeking out partners that have technologies or capabilities in those realms.”

The first flight of the SLS is designated as Exploration Mission 1 (EM-1), but Williams explained that EM-1 does not correspond to the first asteroid rendezvous mission.

“There are a number of decisions that have to be taken in terms of the architecture of the mission,” Williams said, “as well as the target selected that will ultimately determine which expedition mission will be the crewed rendezvous with the asteroid.” NASA would employ the new Orion spacecraft along with the Space Launch System heavy-lift booster to ferry crews to the asteroid. Photo Credit: NASA

Whereas SLS will conduct its first mission in 2021, it was stated during the teleconference that the asteroid mission was being eyed to take place around the 2025 timeframe. One of the things that NASA first has to do – is pick a target.

Lindley Johnson, Near Earth Object Observation Program Executive of the Planetary Sciences Division of the Science Mission Directorate, explained the process of selecting an asteroid for the redirect mission.

“Our primary purpose is to detect and track any asteroids that might be a hazard to Earth, plus objects that are in orbits that are very accessible by spacecraft. And so what we’d be looking for on this mission is a subset of a class of asteroids that we’re looking for as part of the NEO Program for either concept that has been looked at right now–the capture of a small asteroid, less than ten meters in size, or going after a large boulder, a larger asteroid. We have a list of six or so candidates each for both of those concepts. So we continue to look for each of those candidates.”

Much of the teleconference was devoted to detailing the development of Solar Electric Propulsion (SEP). Reuther went as far as to say that the asteroid mission will not be possible without SEP. Although it has been used on unmanned spacecraft such as Dawn, SMART-1, and Deep Space 1, SEP has never been used on a manned spacecraft.

The solar panels on the asteroid mission will be roughly one-third the volume of traditional solar arrays, and the hull thrusters more powerful than those that are currently used, in the ten to fifteen kilowatt range as compared to the usual four to five kilowatt range. Magnetic shielding will give the thrusters operational time of several years instead of several months. Reuthers went on to explain the advantages of SEP.

“Traditionally rockets, that a lot of the propulsion systems we have used in space, is essentially chemical ignition. It’s the same thing that happens when you light a fire. So you’re burning rocket propellant in order to create thrust to move yourself. Replacing that with Solar Electric Propulsion, what happens is that you have solar arrays that collect electric energy, and that electric energy gets used in one way or another, and there’s various different ways of doing Solar Electric Propulsion. But one way or another, you accelerate particles of the propellant using the electric current to do it. The advantage to doing that, as opposed to simply burning propellant, is that depending on what chemical propulsion system you’re comparing yourself against, you get anywhere from a factor of five to a factor of ten improvement in what I would call fuel economy.”

Commercial contractors are expressing interest in SEP, not just for station-keeping, but adjusting the orbits of their geosynchronous communications satellites. In turn, Reuther said that in the Broad Agency Announcement (BAA), NASA is considering using commercially-provided crew vehicles for the asteroid mission.

The Space Launch System (SLS) used for the human rendezvous phase of the asteroid mission will be the seventy-metric-ton version, though Williams said no decision has yet been made on which system will deploy the robotic spacecraft.

NASA’s Asteroid Initiative’s 2014 budget is $125 million. $35 million is allocated to the Redirect mission itself. Williams hopes to have a mission concept review early in FY 2015. It is hoped the actual rendezvous mission will fly in 2025.