NASA chief scientist on MAVEN: ‘…everything here on in is gravy’ 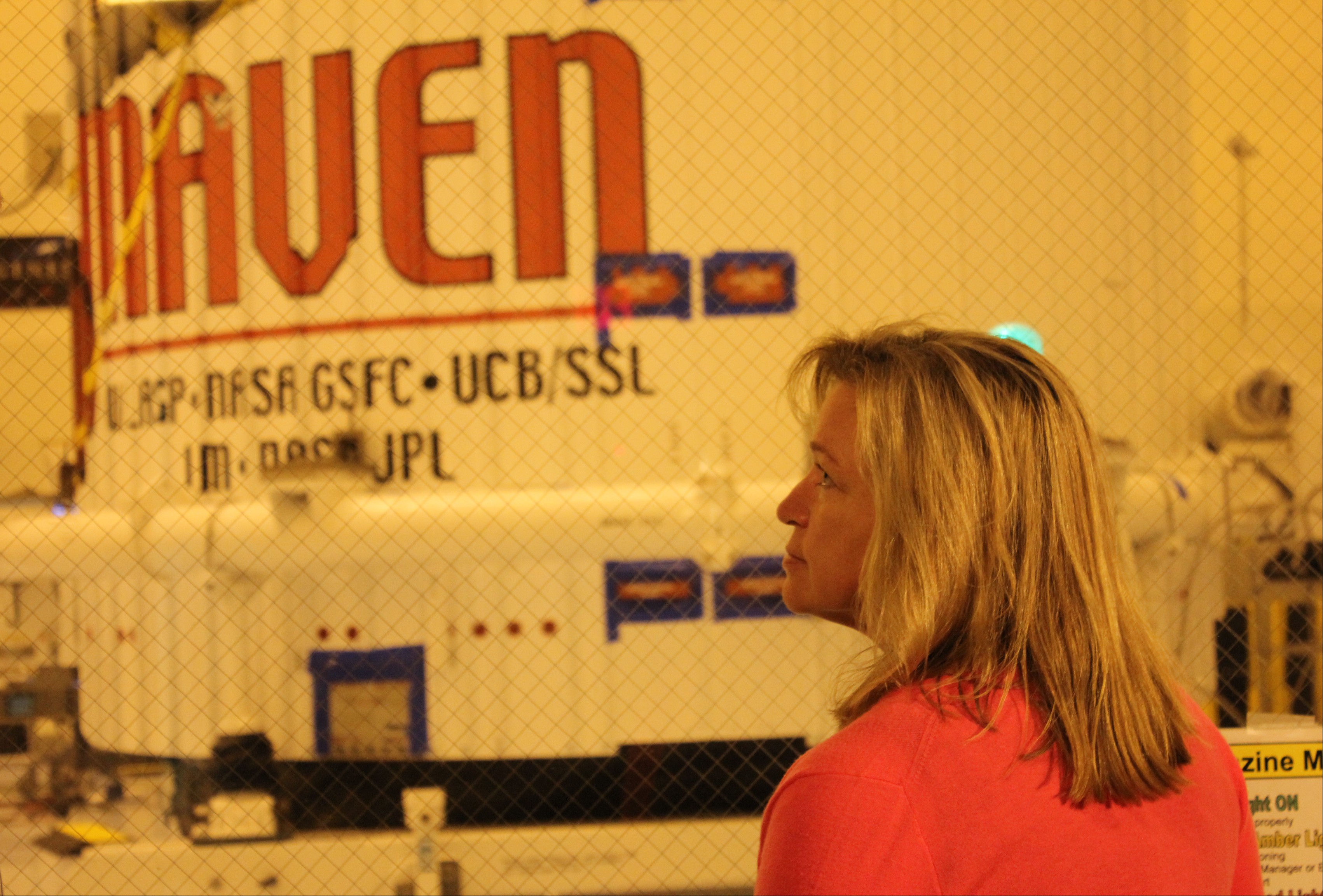 KENNEDY SPACE CENTER, Fla — NASA’s Chief Scientist, Dr. Ellen Stofan, spoke with reporters at NASA’s Kennedy Space Center (KSC) in Florida Tuesday, November 5, about the upcoming Mars Atmosphere and Volatile EvolutioN (MAVEN) mission to the Red Planet.  Stofan, being a planetary geologist, has a clear understanding about the importance of this upcoming mission and spoke at length about what can be expected from NASA’s next Mars-bound spacecraft. Serving as her backdrop was the orbiter itself, carefully cloaked in its payload fairing. MAVEN was carefully placed into the fairing that will shield her during ascent on Nov. 2, 2013. Photo Credit: NASA / Kim Shifflett

Stofan addressed journalists from the Payload Hazardous Servicing Facility (PHSF) viewing room at Kennedy Space Center.  NASA’s head scientist had traveled to KSC to view MAVEN encapsulated in within the payload fairing that will shield the spacecraft through Earth’s turbulent atmosphere as it makes its ascent. Launch of MAVEN is currently scheduled to take place on November 18 at 1:28 p.m. EST atop a United Launch Alliance (ULA) Atlas V 401 rocket. The launch will take place at Cape Canaveral Air Force Station’s Space Launch Complex 41.

Stofan’s visit and comments came later in the day after the Indian Space Research Organization or “ISRO” launched its Mars Orbiter Mission to the Red Planet. If all goes according to plan, MAVEN will enter orbit above the dusty plains of Mars in September 2014, a short time after India’s spacecraft.

For her part, Stofan expressed that, to her, MAVEN is just one part of a far larger picture as to what the space agency does on a daily basis.

“We do amazing things at NASA, we put the Hubble Space Telescope in orbit, we have humans currently up doing research on the International Space Station, we’re exploring Mars, we have a spacecraft on its way to Jupiter and others that are studying the Sun, we’re doing amazing things,” Stofan said. “I view NASA as ‘keeper’s of the future,’ we’re doing things that benefit humankind 10-15 years down the road, we’re inspiring kids to become engineers and mathematicians we spend money here on Earth doing great engineering and great science – to me that’s an investment on the future.”

Video courtesy of The SpaceFlight Group with NASA elements