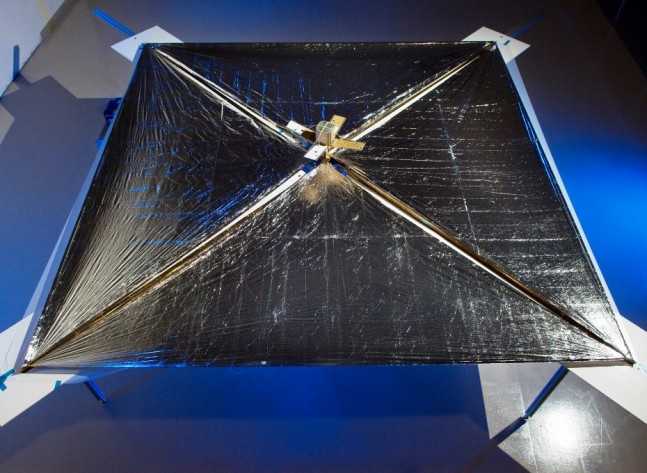 On June 21, 2005, Cosmos-1 bellowed out of the Russian submarine Borisoglebsk, a payload paid for by The Planetary Society, and the organization’s many members and supporters. Cosmos-1 was a prototype solar sail, a proof of concept mission with the potential to revolutionize the way unmanned probes are sent into space. Unfortunately, the rocket failed, and the four million dollar privately funded mission did not successfully reach orbit. On Wednesday, May 20, almost ten years exactly from the disappointment of Cosmos-1, the Planetary Society is finally venturing back into the solar sail arena with LightSail.

Video courtesy of The Planetary Society

LightSail is not the first solar sail experimental mission launched into low-Earth orbit. That distinction belongs the Ikaros, launched by the Japanese Aerospace Exploration Agency (JAXA) in 2010. Yet, LightSail may, nevertheless, mark a considerable moment in spaceflight as a private community of space enthusiasts demonstrate a more affordable method for deep space exploration.

Firstly, the payload is entirely privately funded, organized by the Planetary Society, which refers to itself as “the world’s largest non-profit space advocacy group.” The group’s CEO, Bill Nye, has invested considerable social capital in this week’s test mission, using it as an opportunity to galvanize support for an expanded mission in 2016. A Kick Starter campaign for the project has already far surpassed a baseline goal of $200,000. With more than 10,700 individual supporters, thousands of whom pledging less than $50 each, the fundraising effort is closing in on $570,000 as of writing. Nye’s enduring ability to galvanize enthusiasm for scientific causes, reminiscent of founder Carl Sagan’s status as an ambassador of science, is well on display here. Now well beyond their baseline, and with over a month left on the campaign, the Planetary Society has begun making progress on its “stretch” goals. So far, the $325,000 mark has been met, which will help support equipment testing with partner organizations. The $450,000 goal, also surpassed, will help ensure four months of orbital operations for the 2016 mission. The $550,000 benchmark, recently exceeded, will help ensure that the data collected from the 2016 mission will be presented to scientific communities across the globe. Money for the final stretch goal, one million dollars, is still just under half a million dollars away, but would be used for public outreach and engagement on the technologies involved in the LightSail project.

The race to one million dollars for phase two of the project falls fittingly within the launch window for phase one. As Nye writes on the Kick Starter page, “This week, we will do two very important things. We will actually launch a spacecraft! And we will begin what I am calling ‘the big stretch’ for our goal to reach $1 million.”

This first launch is described as a prototype launch, a proof of concept as the Planetary Society tests a number of features they hope to deploy in phase two. Built to CubeSat specifications – standardized dimensions that help lower the cost of satellite entry for universities and research organizations – this iteration of LightSail is approximately the size of a loaf of bread (a three unit CubeSat, with each unit measuring ten centimeters per side). The satellite is part of the secondary payload on an Air Force Atlas V rocket, which will be powering the X-37B spaceplane into orbit for its fourth time. As the Planetary Society writes on its blog:

“Powering X-37B toward its final orbit is Centaur, the Atlas V upper stage, which flames to life four minutes, 39 seconds into flight. Bolted to Centaur is an Aft Bulkhead Carrier, or ABC, where ten CubeSats are stored in the secondary payload, ULTRASat. One of those CubeSats is LightSail; the others come from sponsors including the U.S. Naval Academy, the Air Force Research Laboratory, and the Aerospace Corporation. The mission poster features ten small stars representing the CubeSat fleet, with a large star for the X-37B. LightSail will be sprung away from Centaur during a coast phase. We hope to hear the first automated telemetry chirps from our spacecraft within a couple orbits; […].” Nye explains the intent of this test mission as follows: “The primary purpose of our sojourn to space this month is to test that we have a healthy spacecraft (that we can communicate with it and receive telemetry) and validate the deployment mechanism for the solar sails in a zero-gravity environment. We will not actually solar sail due to atmospheric drag in this low Earth orbit (LEO). Sailing will wait until next year when we fly our primary mission at a much higher orbit. We expect to be in space for about 28 days when deployment will occur, though we may deploy sooner. Following deployment, we expect to remain in orbit for anywhere between two and ten days before atmospheric drag pulls the spacecraft down and it burns up on re-entry. During this short mission, we also hope to get photographs from on-board cameras to help us evaluate the sail deployment. Oh, and the photos would be just plain cool to have, regardless!”

Nye’s reference to solar sail deployment is at the heart of LightSail’s innovation. Mylar fabric sheets, spring loaded in the small satellite, are expected to pop open on orbit, allowing the craft to be propelled simply by the power of photons hurled from the Sun. The Planetary Society explains the science as follows: “Solar sail spacecraft capture light momentum with large, lightweight mirrored surfaces—sails. As light reflects off a sail, most of its momentum is transferred, pushing on the sail. The resulting acceleration is small, but continuous. Unlike chemical rockets that provide short bursts of thrust, solar sails thrust continuously and can reach higher speeds over time.” This means that, while solar sails accelerate more slowly, they also accelerate continuously, resulting in cheaper launches (because less propellant in needed onboard). The liftoff window for Wednesday stretches between 10:45 a.m. and 2:45 p.m., with another window on Thursday.

The second mission, for which fundraising is in full swing, will take the lessons learned from Wednesday’s launch and apply them to a more robust spacecraft. Launched in conjunction with a project from the Georgia Institute of Technology, designed to inspect other satellites, the 2016 LightSail mission is designed to capture even more data about the utility of solar sails. As part of a SpaceX launch atop of Falcon Heavy rocket, the launch will also represent an even greater privatization of space exploration. Until such time, the Planetary Society continues to make history both with the solar technology it has commissioned from Stellar Exploration, as well as its momentous effort to reach one million dollars in funding.

Video courtesy of The Planetary Society

It’s awesome to see this payload finally getting a second chance to launch. I remember very well the disappointment of the failed launch of Cosmos-1. I hope all goes well tomorrow.