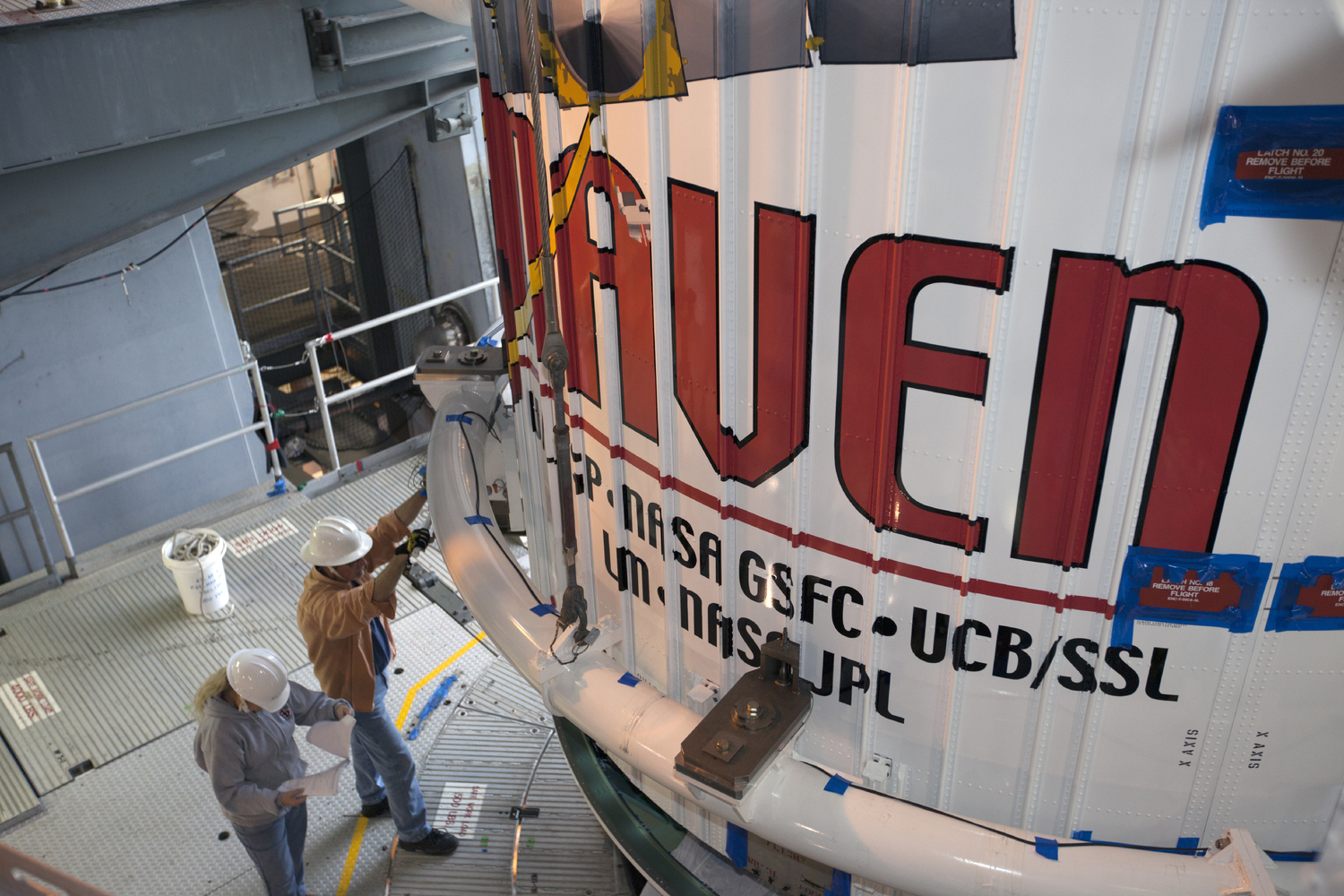 CAPE CANAVERAL, Fla – NASA’s Mars Atmosphere and Volatile EvolutioN (MAVEN) spacecraft’s days on Earth – are (very) numbered. That is if NASA and United Launch Alliance have anything to say about it. The $187 million probe is set to launch on Nov. 18 at 1:28 p.m. EST from Cape Canaveral Air Force Station’s Space Launch Complex 41 in Florida. The MAVEN orbiter is touted as heralding a new era in our understanding of the forces behind the Red Planet’s current condition.

ULA has tapped the venerable Atlas V 401 rocket to push MAVEN through Earth’s atmosphere. This will be the first leg of a ten-month journey for the spacecraft which is estimated to have cost $187 million.

MAVEN is one of the few spacecraft to successfully emerge from NASA’s “Scout” Program (the only other one being the Mars Phoenix lander which touched down on the Martian North Pole in 2008). NASA’s Scout Program was closed in 2010. However, those working on the program laud how it was manged and in the end readied for flight. “MAVEN is a good example of what is possible when you get a mission that matches well to the design and resources and when you put a team on the job whose members are used to working together,” said Guy Beutelschies, Lockheed Martin MAVEN program manager. “We enjoyed a relatively smooth development. We’re on schedule, on budget and right where we want to be on our journey to launch. The team is working very few issues right now; we’re just executing to our plan.” The probe has managed to overcome numerous bureaucratic obstacles, such as the shutdown of the federal government which took place earlier this year. NASA designated the spacecraft an “exception” and work continued toward the launch of MAVEN. Had the space agency not done so, the launch would have had to wait until the next window – in 2016.

One of the reasons that the agency has stated the launch of the probe was essential, was to maintain contact with the two rovers currently on the surface of the Red Planet. The Mars Exploration Rover Opportunity, which has been on the Martian surface since 2004 and the Mars Science Laboratory rover Curiosity which touched down in August 2012.

All of these missions have worked to provide a better understanding of the history of the Red Planet.

“Several bilion years ago Mars was a different than it is today. From the evidence we’ve collected so far, it was a wet environment with rivers, lakes and perhaps even oceans,” said NASA’s MAVEN program manager David Mitchell.

Due to these observations NASA will dispatch MAVEN to study the upper Martian atmosphere for evidence of why the planet today is so dramatically different than the one that existed in the distant past.

“MAVEN is the first mission that we will be sending to Mars with the goal of understanding the upper atmosphere,” said MAVEN’s Principal Investigator Bruce Jakosky. “What we are trying to do with MAVEN is learn how the atmosphere changed over time – and why. We think that the atmosphere had a lot more water a lot more carbon dioxide early in history when the water-related features that we see on the surface were carved. What we’re trying to do is to determine where the water went to, where did the carbon dioxide go from that early environment.”

MAVEN’s primary mission is only slated to be one year. However, many of NASA’s missions “live” well beyond their planned lifespans. Opportunity, was just supposed to be operational 90 days – she is now well into her ninth year on the Red Planet. For NASA officials MAVEN is pivotal to understanding how the Mars we know today became as it is today.

“A long time ago, we think as much as almost four billion years ago, we think that Mars had a climate state with an atmosphere that supported surface water, rain, rivers perhaps shallow seas – persistent surface water, unlike the deserts we see on Mars today,” said Dr. James Garvin with NASA. “That state is long gone, we don’t see that today on any of the robots that we’ve sent to Mars since the 60s. So something went wrong. Figuring that out is central to understanding if Mars could ever have preserved the record of past life.”

MAVEN weighs in at approximately three tons and, unlike past Martian orbiters, will study the atmosphere – rather than the terrain of the Red Planet. It will employ its suite of eight scientific instruments to study the thin Martian air.

If all goes according to plan, the satellite will enter Martian orbit on Sept. 22, 2014. It will then spend about a month-and-a-half having its systems checked out before it begins its primary science mission. That mission will be managed by NASA’s Goddard Space Flight Center located in Maryland.

“When you look at the other spacecraft which have gone to Mars each of them have explored a separate piece of the Mars system. With MAVEN were looking to explore the single biggest unexplored piece of Mars so far,” Jakosky added.