Launch of ULA Delta IV Medium+ 4,2 with AFSPC-4 scrubbed due to weather 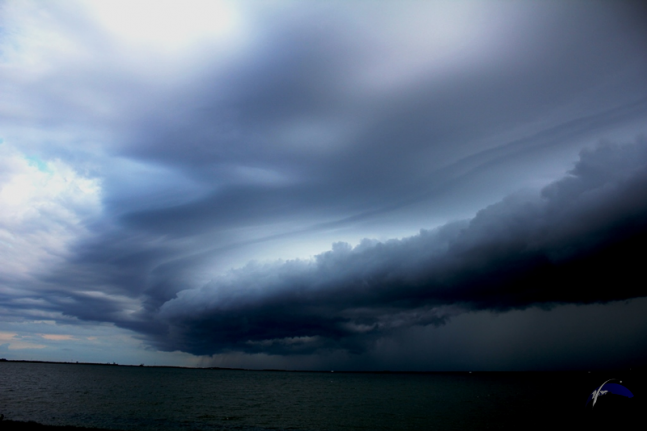 CAPE CANAVERAL, Fla — After the United Launch Alliance (ULA ) team had corrected a problem with ground support equipment on the preceding day, storm clouds rolled into the area surrounding Cape Canaveral Air Force Station’s Space Launch Complex 37 in Florida and caused a second delay for the flight. With a 65-minute launch window that opened at 6:59 p.m. EDT (2259 GMT) hopes were high that the rocket would be able to ferry the precious cargo of three satellites under the AFSPC-4 designation to orbit. However, throughout the hour or so prior to launch, a massive thunderstorm rose up from the southwest, with cumulous clouds and lightning strikes that caused the range to go “red” for violating conditions for launch.

At one point no fewer than five weather rules were out of parameters allowing for launch. At 7:50 p.m. EDT (2350 GMT) the launch attempt for the day was officially scrubbed for the day. As if to punctuate the necessity for the scrub, at the time the call was announced several intense lightning strikes were visible close to the launch site. Shortly after the scrub was called, ULA issued the following statement:

The launch is rescheduled for Friday, July 25 from Space Launch Complex-37 at Cape Canaveral Air Force Station, Fla. The launch time is 6:55 p.m. EDT at the opening of a 65-minute window. The forecast for July 25 shows a 40 percent chance of favorable weather conditions for the launch tomorrow.

For everyone that tried to find fault with SpaceX’s launch delays…..shut up!!!

SpaceX’s launch delays, especially Orbcomm OG2’s – were almost entirely related to problems with the F9 (helium leaks, problems with the F9’s upper stage). Only one scrub was called due to weather (for Orbcomm OG2). Moreover, that launch was first scheduled to launch in Sept. 2013 – a total delay of 10 months.

By comparison, AFSPC-4’s delays have almost entirely been caused by something out of ULA’s control – weather and has been delayed 6 days total so far.

Trying to compare these the two? Pathetic, even a cursory look at the two shows just how dishonest you’re being. The only person that needs to “shut up” – is you.