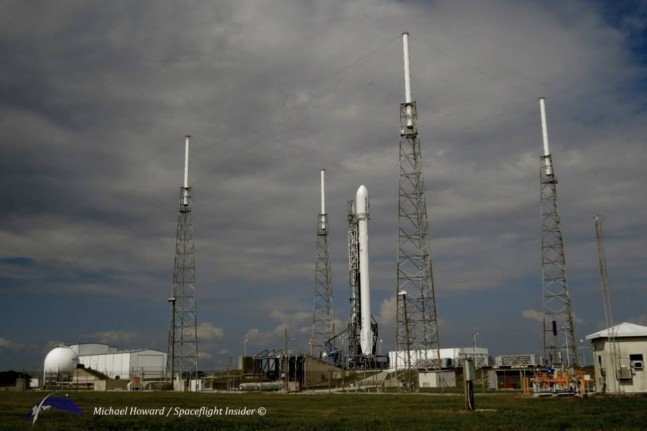 SpaceX has announced that is unable to launch its Falcon 9 rocket with the Orbcomm OG2 payload this month. Photo Credit: Mike Howard / SpaceFlight Insider

CAPE CANAVERAL, Fla – Space Exploration Technologies (SpaceX) has stated that there will be no June launch for the Falcon 9 v1.1 with its payload of six Orbcomm OG2 satellites. This launch has been rescheduled to possibly launch in the first week of July. Below is SpaceX’s official statement regarding this scrub. For details about the mission please click on the link below.

SpaceX is taking a closer look at a potential issue identified while conducting pre-flight checkouts during yesterday’s countdown.  SpaceX will stand down Tuesday while our engineering teams evaluate further, which will also allow the Range to move forward with previously scheduled maintenance.  We are currently targeting the first week of July and will work with the Range to confirm the next available launch opportunities.

If anyone knows the answer to who pays for the extra launch attempts for each of these different delay scenarios/causes, it would be interesting to read about it here.