This Bud’s for you! SpaceX sends ‘King of Beers’ to orbit on CRS-19

CAPE CANAVERAL, Fla. — Beer lovers might be surprised and pleased to learn that among the investigations on board the Dec. 5, 2019, launch of the CRS-19 commercial resupply mission to the International Space Station (ISS) is one that relates to the the malting process used to make beer.

An investigation, entitled “Malting ABI Voyager Barley Seeds in Microgravity,” is sponsored by Anheuser-Busch, with the cooperation of the U.S. National Laboratory. While this might conjure images of astronauts slamming back some brews on orbit (given the current state of NASA’s crew spaceflight capabilities, who could blame them?) don’t expect ISS crews to be guzzling their own “home-brewed” beer anytime soon.

Several years ago, Budweiser announced its goal to be the first beer on Mars – offering a colonized Red Planet the same refreshing beverages we enjoy here on Earth – including fresh beer! The company called it “Bud on Mars.” 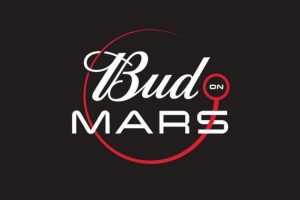 “Budweiser is always pushing the boundaries of innovation and we are inspired by the collective American Dream to get to Mars,” said Ricardo Marques, vice president, Budweiser. “We are excited to begin our research to brew beer for the red planet.”

While socializing on Mars might be in the distant future, Budweiser has initiated a multi-step program to better understand how its ingredients react in microgravity. They partnered with CASIS (Center for Advancement of Science in Space) which manages the International Space Station U.S. National Laboratory, and Space Tango, a payload development company that operates two commercial research facilities within the National Lab.

“Anheuser-Busch pushes the boundaries of innovation in the beverage industry just as Space Tango is pushing the boundaries of innovation in microgravity research,” explained Space Tango Program Manager Gentry Barnett. “This partnership will not only produce scientific data that could lead to barley production improvements on Earth but could also lead to the first beer produced on Mars.”

The flight of the CRS-19 mission carried the fourth payload under this initiative. Prior missions carried to the orbiting lab investigated barley seed exposure and germination. This time, Budweiser is looking at malting in microgravity. The research team is examining the steeping (rapid hydration), germination, and kilning (drying) processes associated with malting barley and will compare barley malted in microgravity with ground controls. Meanwhile, onboard the space station, the malting process will be automated inside a 9U CubeLab, from ISS National Lab commercial services provider Space Tango. 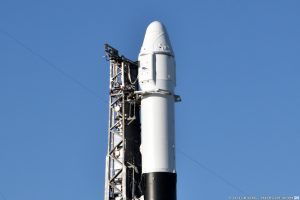 The Falcon 9 rocket is slated to touch down 195 miles off the Coast of Florida. Photo Credit: Jim Siegel / SpaceFlight Insider

For those worried the Budweiser initiative has the sole frivolous objective to provide alcoholic beverages to astronauts and the potential problems implied by this activity (nobody wants to get a DUI at 17,150 mph / 27,600 kph), don’t worry. This program goes well beyond providing space flyers with a 40. Barley is the fourth largest cereal grain grown in the world and is also used in a variety of other products—from animal feed to bread.

The results from Budweiser’s investigations could help the company develop new malt barley varieties that are more tolerant to extreme stress environments. Knowledge gained from this experiment could also be valuable to the broader agricultural community to help improve the growth of barley crops on Earth.

Nutritionists acknowledge that the hops, yeast, and grains in beer do contribute carbohydrates, a small amount of B vitamins, and potassium to a healthy diet.

When will we see a Budweiser brewery on Mars? Probably not until the mid-2030s at the earliest. In the meantime, astronauts will have get settle for enjoying beer just like the rest of us, here on Earth.

According to CASIS, the investigation process is completely automated. The barley seeds arrive aboard the International Space Station (ISS) in a dry state to begin the malting process. During the steeping process, the seeds are soaked in water so that the moisture content of the barley increases. During the germination phase, the steeping water is removed and the seeds are surrounded by air. Once the seeds show early signs of germination, the system initiates the kilning process which uses heat to dry the seeds and prepare the resultant malt for stowage until return. The malt is examined upon return and compared to a control on the ground. With the launch of CRS-19, some 38 investigations were sent on their way to orbit.

Dragon has been packed with an estimated 5,700 lbs (2,585 kg) worth of supplies. If everything goes as planned, the CRS-19 Dragon should arrive at the station on Sunday (Dec. 8, 2019). Although it has been stated that Dragon will “dock” with the ISS. In actuality the spacecraft will be captured by the station’s Canadarm2 by the crew who will then berth it to the station.