There (almost) and back again: Crew of aborted Soyuz mission reassigned 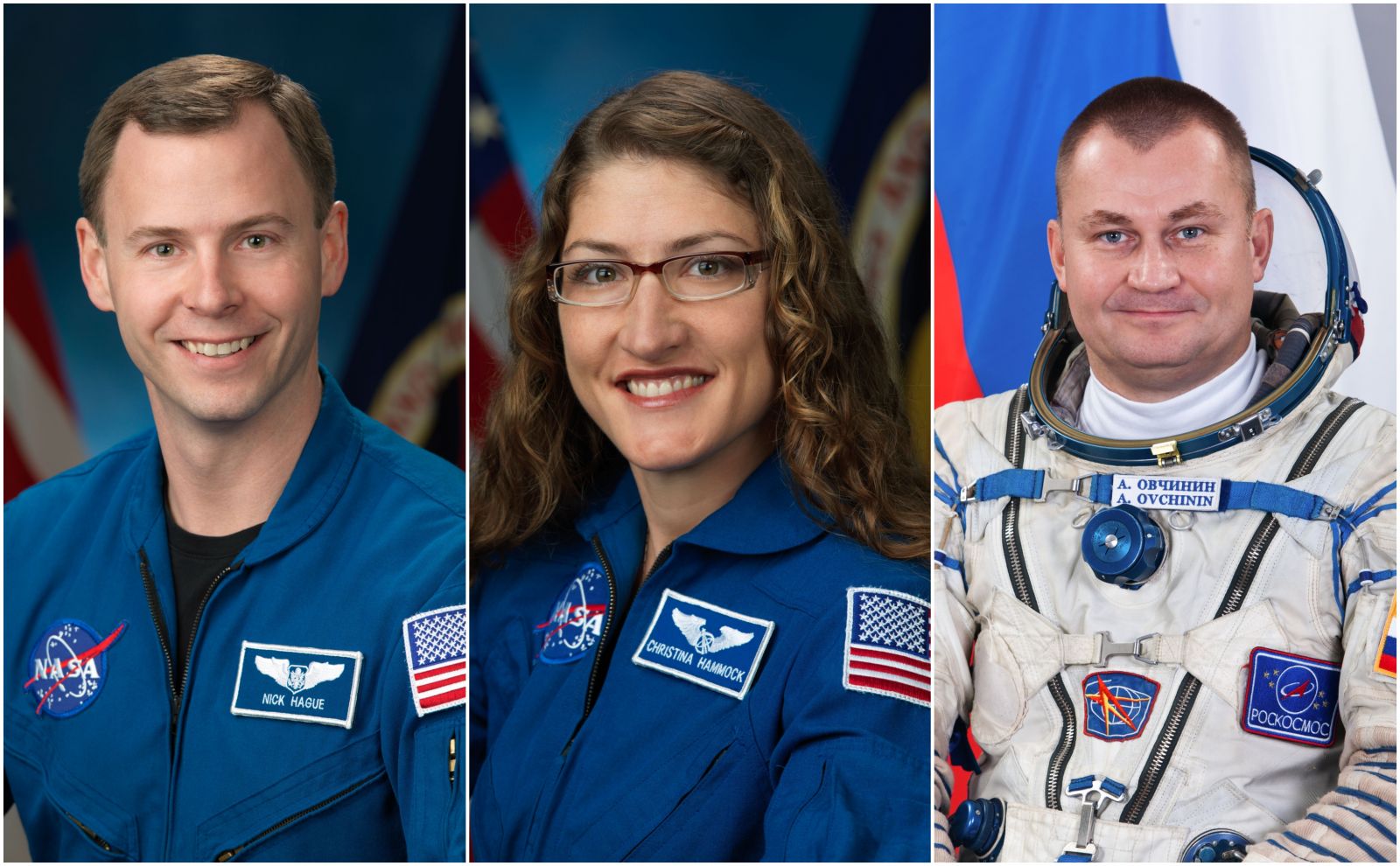 NASA has announced that Nick Hague will join Aleksey Ovchinin again for a launch on Feb 28, 2019, after their mission was aborted in October from the Baikonur Cosmodrome in Kazakhstan.

NASA astronaut Christina Hammock Koch will join the crew on a six-month stay aboard the International Space Station. The trio is expected to launch to the outpost in a Russian Soyuz MS-12 spacecraft and be part of the outpost’s Expedition 59/60 crew before returning to Earth in October 2019.

During their mission, the crew will participate in 250 research investigations and technology demonstrations which is not possible to duplicate on Earth to increase the knowledge of the planet in space, physical, and biological sciences, NASA said. Experiments conducted on the station will enable future long-duration human and robotic exploration for future missions to the Moon and Mars.

This will be Koch’s first spaceflight. Hague and Ovchinin were scheduled to join the current Expedition 57 crew on Oct. 11, 2018, but their mission was aborted when their Soyuz-FG rocket booster malfunctioned shortly after launch. NASA said flight dynamic specialists concluded that their altitude was high enough to qualify as a previous flight, which would make the Soyuz MS-12 mission Hague’s second spaceflight and Ovchinin’s third.

Hague and Koch were selected as astronaut candidates in 2013.

Koch grew up in Jacksonville, North Carolina. She earned bachelor’s degrees in electrical engineering and physics and a master’s degree in electrical engineering from North Carolina State University in Raleigh. Her career at NASA began at the agency’s Goddard Space Flight Center in Greenbelt, Maryland, where she focused on space science instrument design. She also worked as a research associate with the United States Antarctic Program, spending a winter in the South Pole. She also has experience in remote scientific research stations working as a field engineer for the National Oceanic and Atmospheric Administration in American Samoa.

Alexey Ovchinin was born in Rybinsk, Yaroslavl Oblast, Russia, and is a major in the Russian Air Force. He was selected as a cosmonaut in 2006. His first flight to space was in 2016. He also served as an air flight commander of the 70th Test training air regiment, flying the Yak-52 and L-39 aircraft. Ovchinin has over 1300 hours of flight time.

A couple of name mistakes. In the first paragraph it’s Koch, then further down Christina Hammcock Cock, then Koch again further down.