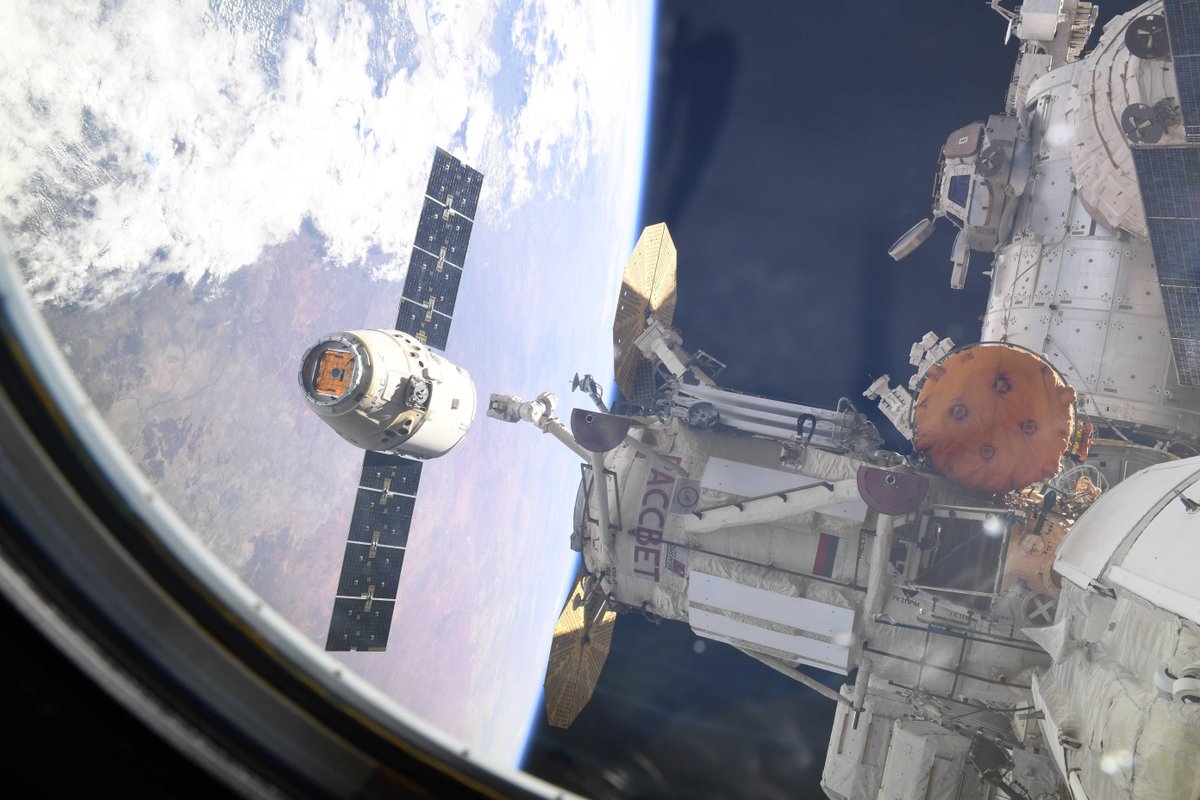 After spending just over a month attached to the International Space Station, SpaceX’s CRS-16 Dragon spacecraft departed the outpost and returned to Earth.

Loaded with more than 4,000 pounds (1,800 kilograms) of equipment and experiments for a return to Earth, Dragon was unberthed from the Harmony module at around 3 p.m. EST (20:00 GMT) Jan. 13, 2019. Several hours later, after it was maneuvered via the robotic Canadarm2 to a spot some 33 feet (10 meters) below the Destiny module, NASA astronaut and Expedition 58 Flight Engineer Anne McClain commanded the arm to release the vehicle. 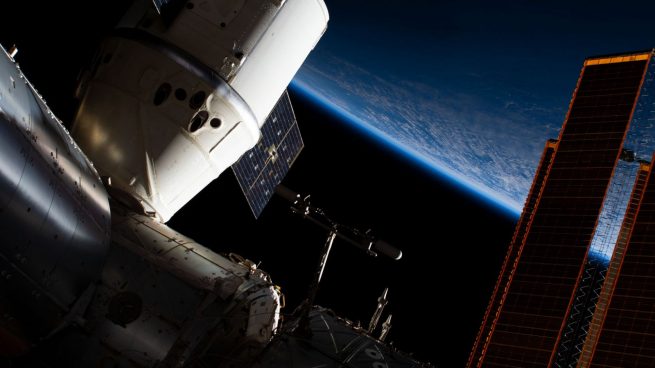 The CRS-16 Dragon as seen attached to the Earth-facing port of the Harmony module. Photo Credit: NASA

The official release time was 6:33 p.m. EST (23:33 GMT). Once the arm backed away from Dragon, three departure burns of the course of about 10 minutes were performed to push the spacecraft safely away from the space station.

“Nothing in spaceflight is routine,” McClain said. “Every day that we live and work on orbit, every time we launch satellites, cargo or humans beyond our atmosphere, we are working at the very limit of human capabilities.”

McClain, one of three Expedition 58 crew members, said each mission and feat, like the CRS-16 mission, is an example of humankind’s desire and tendency to explore.

“Congratulations to all the teams who have made the SpaceX 16 mission possible,” McClain said. “Godspeed and bon voyage to Dragon.”

The CRS-16 mission used the same capsule that was used for the CRS-10 mission in early 2017. It was also the fifth reuse of any Dragon capsule. 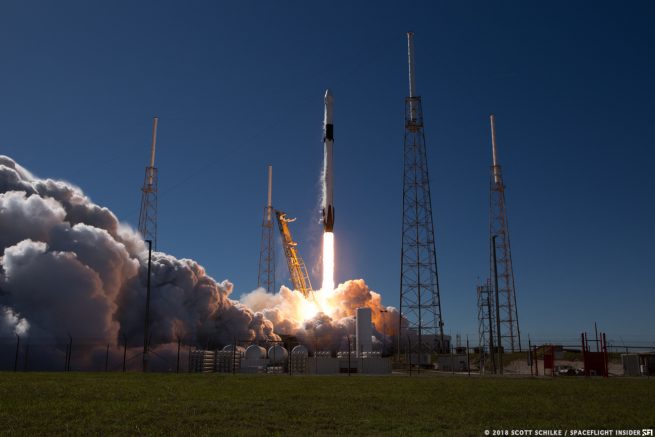 CRS-16 launched to the ISS atop a Falcon 9 rocket on Dec. 5, 2018. After spending several days catching up with the outpost, it rendezvoused and was berthed to the Earth-facing port of the Harmony module on Dec. 8.

There, its 5,600 pound (2,500 kilograms) of science and crew supplies was unloaded and dispersed throughout the ISS.

It was initially planned for Dragon to leave the outpost on Jan. 10. However, inclement weather at the splashdown site in the Pacific Ocean warranted a delay.

Following its departure, the CRS-16 Dragon continued to orbit Earth several more times before it was commanded to perform a deorbit burn at about 11:20 p.m. EST (04:20 GMT Jan. 14). Using its Draco thrusters for about seven minutes, the spacecraft slowed itself down enough to dip into the thicker part of Earth’s atmosphere.

After the deorbit burn, the trunk section of Dragon separated from the capsule. Only the capsule with its protective heat shield is designed to survive re-entry. 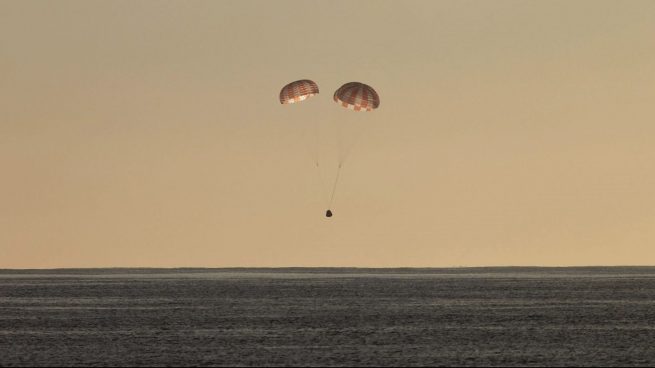 After re-entry, a series of parachutes deployed, culminating in three main chutes, to slow the Dragon capsule down for a soft splashdown in the Pacific Ocean just off the coast of Baja California.

Once safe in the water, recovery teams are expected to work to place Dragon onto the deck of a recovery ship before transporting it back to the Port of Los Angeles. Time sensitive cargo will then be unloaded and transported a nearby NASA facility.

Meanwhile, the capsule will then be prepared for delivery to SpaceX’s test facility in McGregor, Texas, where the remaining cargo will be offloaded and transported to NASA facilities.

This Demo-1 mission is currently looking at launching to the space station in early February for a two-week stay at the outpost to prove out ground systems and test out orbit, docking and landing operations.

Once this flight is completed, an in-flight abort test is planned before the Demo-2 mission takes to the skies with two U.S. astronauts, currently planned for summer 2019.