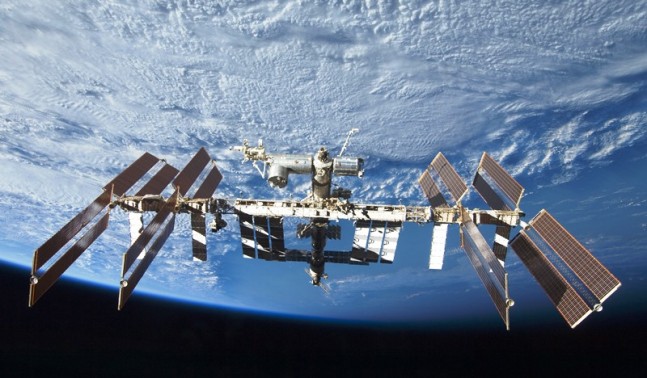 Two spacewalks were scheduled for August 21st and 29th have been postponed until the SpaceX-4 commercial resupply services flight, which will deliver new Long Life Batteries to the International Space Station (ISS) in the fall. The decision to delay the spacewalks stems from a potential problem in the fuse in one of the space suit batteries. The delay does not affect the ISS’s daily operation. After the Ocular Health Experiments, Swanson and Wiseman moved to the Quest airlock and stowed the tools that would have been used on the August 21-29 spacewalks. Then Swanson removed the batteries from the spacesuits and moved another spacesuit into position to have its fan pump separator replaced next week. Wiseman then used the station’s amateur radio to answer questions from Japanese elementary school students. Gerst unpacked supplies sent up by the Progress 56 supply ship on July 23, then moved to the Harmony node to pack trash into the Cygnus cargo craft, which had delivered science equipment on July 16.

Flight Engineer Maksim Suraev refilled the tank for the Elektron oxygen generator and did routine maintenance on the Zvezda module’s life support system. Swanson spent Thursday and Friday working on Robonaut 2, installing a new processor board which will be used for the robot’s legs.

The European Space Agency’s Automated Transfer Vehicle (ATV) 5, named Georges Lemaitre, which was launched on July 29 from French Guiana on an Ariane rocket, is scheduled to dock with the aft end of Svezda on August 12. The craft is now flying in formation with the International Space Station. A scheduled fly-under of the ISS on Friday will provide data on its sensors and radar which will assist ESA engineers in designing future spacecraft.