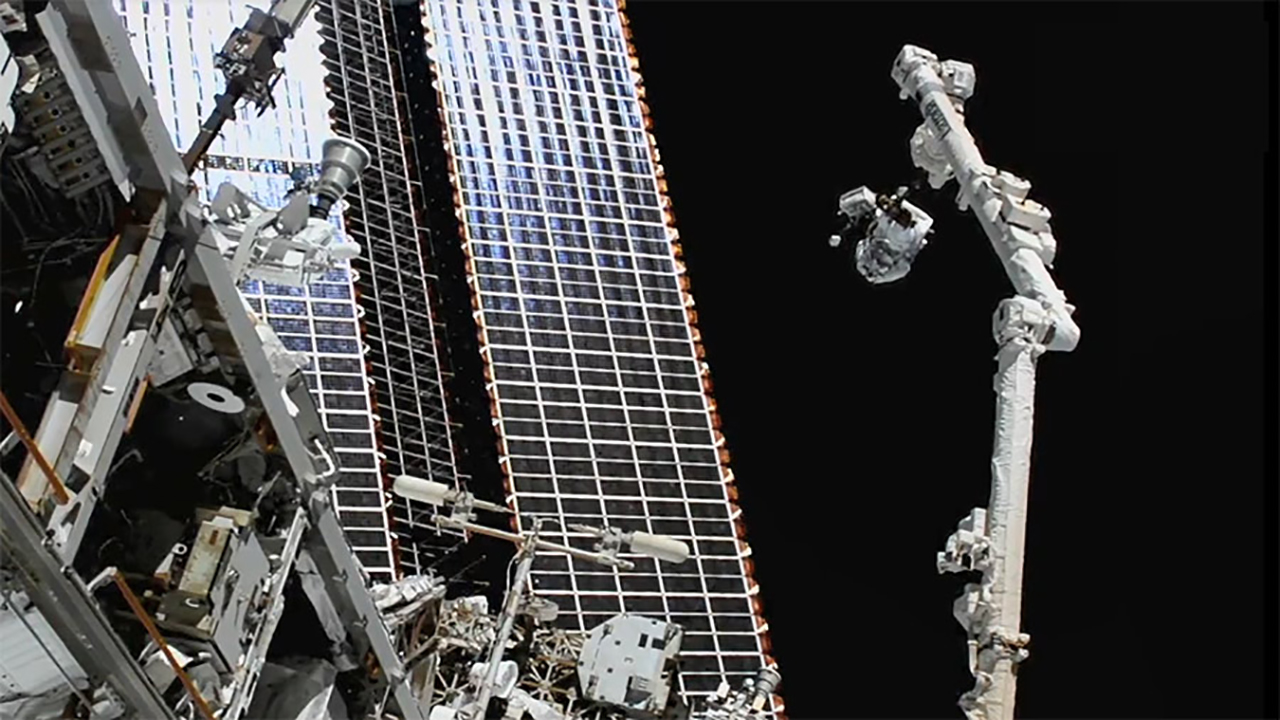 Two astronauts have successfully completed a spacewalk at the International Space Station to repair a faulty S-band Antenna Sub-assembly, or SASA, during U.S. EVA-78 as part of the seven-person Expedition 66 mission.

The faulty antenna was first noticed during routine testing in September. Mission Control in Houston experienced issues while testing S-Band string 2 at both high and low data rates, yielding anomalous signatures. NASA made the determination that the SASA would need to either be repaired or replaced, with the latter being the more economical option. 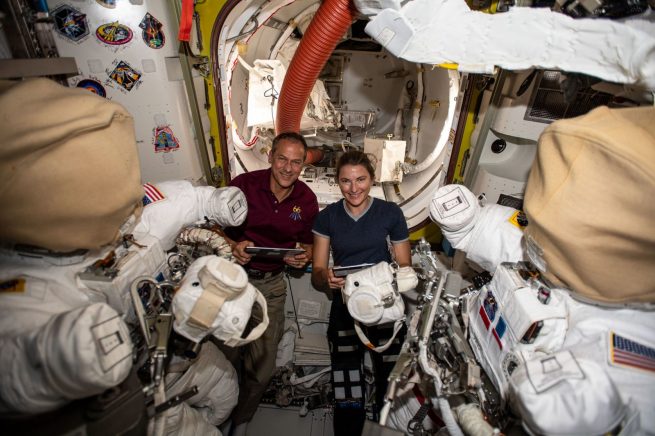 The event was originally scheduled to take place Tuesday, Nov. 30, 2021, however NASA made the last minute decision to reschedule the outing due to a possible collision risk posed by on-orbit debris.

It has not been confirmed if the debris event was related to the test-firing of a Russian anti-satellite weapon that forced the station crew into emergency configuration approximately two weeks ago.

Over the course of 6 hours, 32 minutes, the two astronauts quickly got ahead of their scheduled SASA replacement tasks on the Port 1 truss segment where the faulty antenna was located.

The duo were even able to perform several get-ahead tasks on the Port 4 truss segment, which included resetting torque on a set of bolts, according to NASA.

“Kayla and Tom, I asked you to crush it but man, you all triple crushed it,” astronaut Mark Vande Hei radioed from inside the station before the spacewalkers returned to the airlock.

This spacewalk, which officially ended at 12:47 p.m. EST (17:47 UTC), was the 13th at the ISS in 2021. While it was Barron’s first extravehicular activity, it was Marshburn’s fifth, bringing his cumulative time outside a spacecraft to 31 hours and 1 minute.

In total, this was the 245th spacewalk in support of ISS assembly and maintenance over the last 21 years. According to NASA, space station astronauts and cosmonauts have collectively spent 64 days, 12 hours and 26 minutes outside the orbiting laboratory.