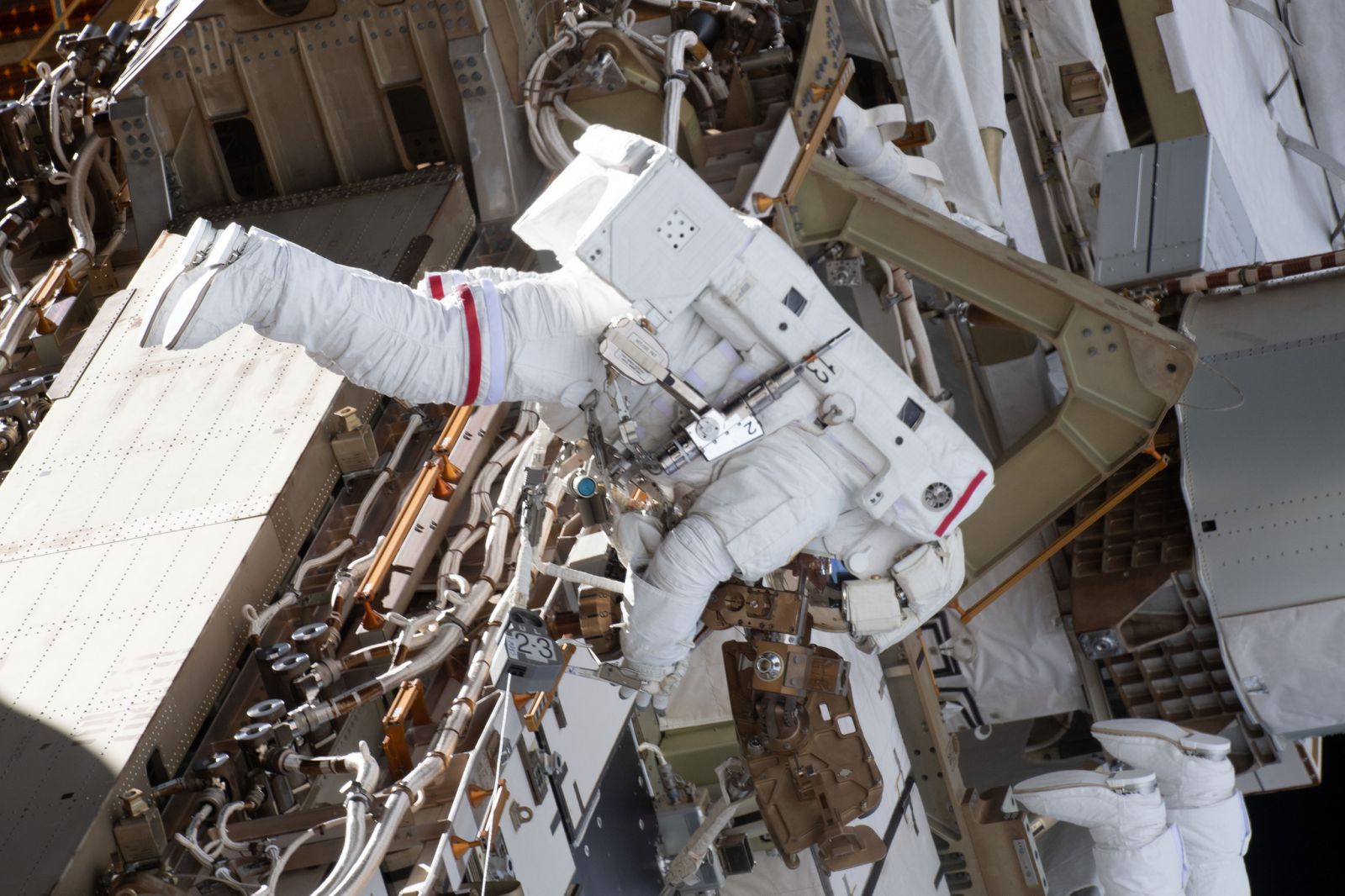 NASA said assignments for the next two spacewalks outside the International Space Station have been changed because of “spacesuit availability.”

On Mach 25, 2019, NASA said Expedition 59 Flight Engineers Anne McClain and Nick Hague will switch spacewalking assignments. McClain had been assigned to venture outside the ISS on March 29 for U.S. EVA-53 with Christina Koch while Hague was planned to exit the outpost with Canadian Space Agency astronaut David Saint-Jacques for U.S. EVA-54 on April 8.

“After consulting with McClain and Hague following the first spacewalk [U.S. EVA-52 on March 22], mission managers decided to adjust the assignments, due in part to spacesuit availability on the station,” a NASA statement reads. “McClain learned during her first spacewalk that a medium-size hard upper torso—essentially the shirt of the spacesuit—fits her best. Because only one medium-size torso can be made ready by Friday, March 29, Koch will wear it.” 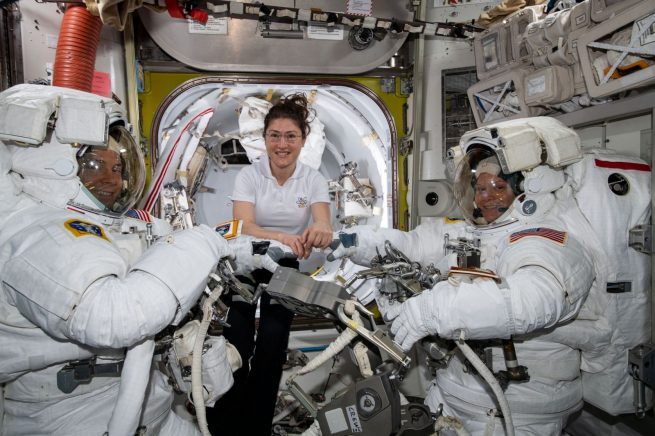 Nick Hague, left, and Anne McClain, right, are assisted in their spacesuits by Christina Koch for their March 22, 2019, spacewalk. Photo Credit: NASA

Hague will now join Koch to perform the March 29 spacewalk, which is the second of two planned to replace batteries on the space station’s P4 truss segment.

McClain and Saint-Jacques are now planned for an April 8 spacewalk, which includes several space station maintenance tasks. However, NASA said assignments for that spacewalk will be finalized after the March 29 outing.

It is important to note that this announcement doesn’t mean there isn’t a properly-sized suit for McClain to use in orbit. As Loren Grush of The Verge points out in her story on the topic, rather than configuring another suit with a medium-sized hard upper torso before the March 29 spacewalk, which would require adding arms and legs to the torso and is a “fairly labor intensive process,” it was decided Hague and Koch would wear the suits already prepared.

There is expected to be plenty of time to configure a suit with a medium-size hard upper torso for the April 8 spacewalk, which is about two weeks away. However, this change means the first all-female spacewalk will not occur on March 29.

McClain is only the 13th woman to perform a spacewalk (Koch is expected to be the 14th) since Russian cosmonaut Svetlana Savitskaya became the first in 1984. The first female NASA spacewalker was Kathryn Sullivan, also in 1984.

The first spacewalk ever performed was by Russian cosmonaut Alexei Leonov in 1965. Since then, more than 200 men have performed spacewalks over more than 400 outings. U.S. EVA-53 on March 29 is planned to be the 215th performed at the ISS since 1998.

For U.S.-based ISS spacewalks, the spacesuits used are called Extravehicular Mobility Units. They were designed and built decades ago for the Space Shuttle program. Only 11 are currently in use and four are at the ISS. These are periodically swapped via cargo ships to allow for refurbishment and repair. 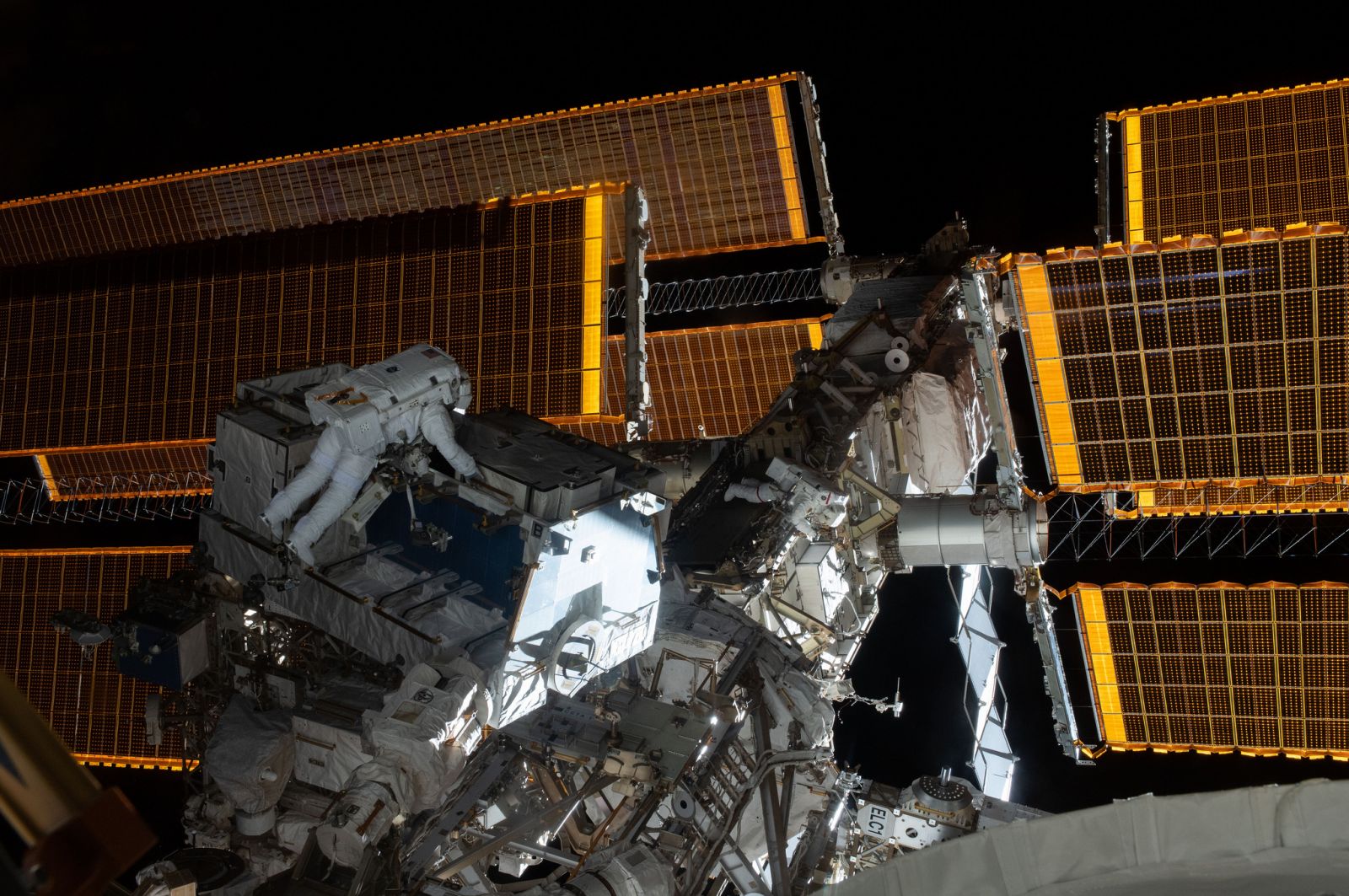 What a really great PR coup that’s gone abegging here. Even worse there couldn’t possibly be a spacewalk by two women till at least 2020 — when Dragon and Starliner begin flying routinely. Even the Russians have only one woman cosmonaut, Anna Kikina, who’s yet to be named to an ISS flight.

NASA PAO is known more for preferential treatment and cronyism than any actual public relations skills or professionalism. They’ve edited interviews to scrub awkward questions out, pass on skilled professionals to hire people with dui records, who later went on to forge driving permits and so on. The whole system from top to bottom is rotten and incompetent. https://www.clickorlando.com/news/nasa-employee-at-ksc-arrested-on-forgery-charges

It saddens me that there seems to be a real interest in what gender the astronauts are.
Identity politics are cancerous.