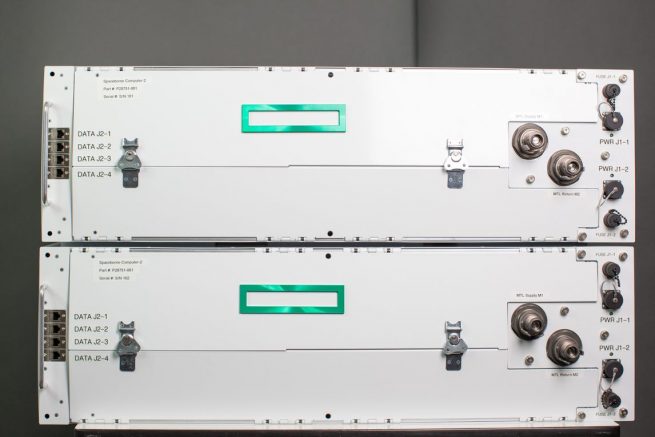 The Spaceborne Computer-2 is pictured in preparation for launch. Credit: NASA

Many different research investigations off Earth will be supported by Hewlett-Packard Enterprise’s pathfinding Spaceborne Computer-2, or SBC-2, to perform data processing and analytics.

This commercial off the shelf hardware “accelerates space exploration with the first-ever in-space commercial edge computing and artificial intelligence capabilities,” according to the company website. 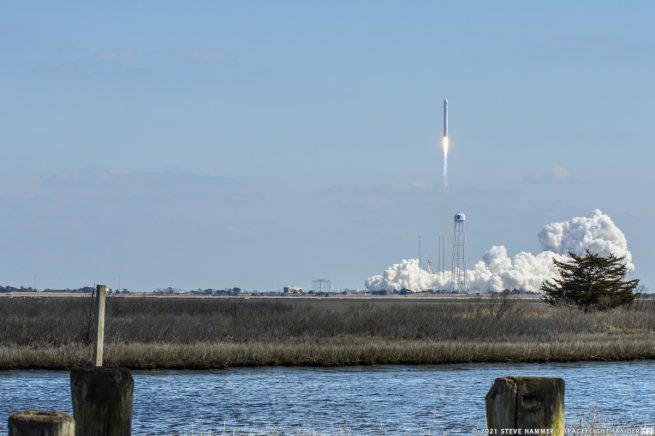 The ability for astronauts to process data at the edge of space in real-time will speed “time-to-insight” from months to minutes according to Hewlett-Packard Enterprise, or HPE.

The capability of experiments in space, medical imaging and DNA sequencing to name just a few, are expected to continue to build on the reliability and proof-of-concept since the company’s partnership with NASA launched in 2017 testing “affordable commercial off-the-shelf servers used on Earth,” but lightly modified to the endure the rigors of launching to the space station.

Currently the servers and hardware provided by HPE for space computers are operating aboard the International Space Station.

OrbitsEdge and its founder Rick Ward plans to expand the ability of computing space at the edge of Earth.

“The SBC-1 mission demonstrated that [commercial off the shelf hardware] could survive in space,” Ward told Spaceflight Insider. “SBC-2 is now demonstrating that useful work can be done that saves time, improves data quality and quantity and can save money.”

The ISS is a platform with lots of data-generating capabilities from the 4K cameras streaming video back to Earth, to the experiments determining whether worms lose strength in microgravity or attempting to build better solutions to combat eye disease. 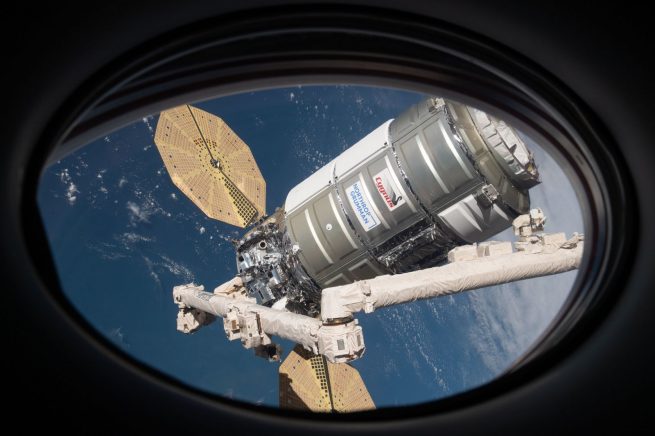 The NG-15 Cygnus spacecraft seen through the window of the Crew-1 Dragon spacecraft shortly after arrival. Credit: NASA

The common thread between these and all the other experiments aboard the ISS currently and those in planning phases is that they will all generate large amounts of data that previously had to be transmitted back to Earth before they could be processed and draw insights from the experiments.

With on demand edge compute, the data can be interpreted, compiled, compressed and if necessary sent down to Earth. The insights can also drive the ability to respond to unexpected events in experiments and improve outcomes.

HPE has an important role in proving out the business case for when OrbitsEdge moves to extend those capabilities beyond the ISS and into free space in low Earth orbit and beyond to cislunar space and beyond.

The Northrop Grumman Cygnus NG-15 spacecraft, named after Katherine Johnson, a mathematician known for her contribution to the Apollo 11 mission in 1969, arrived at the International Space Station on the morning of Feb. 22, 2021.