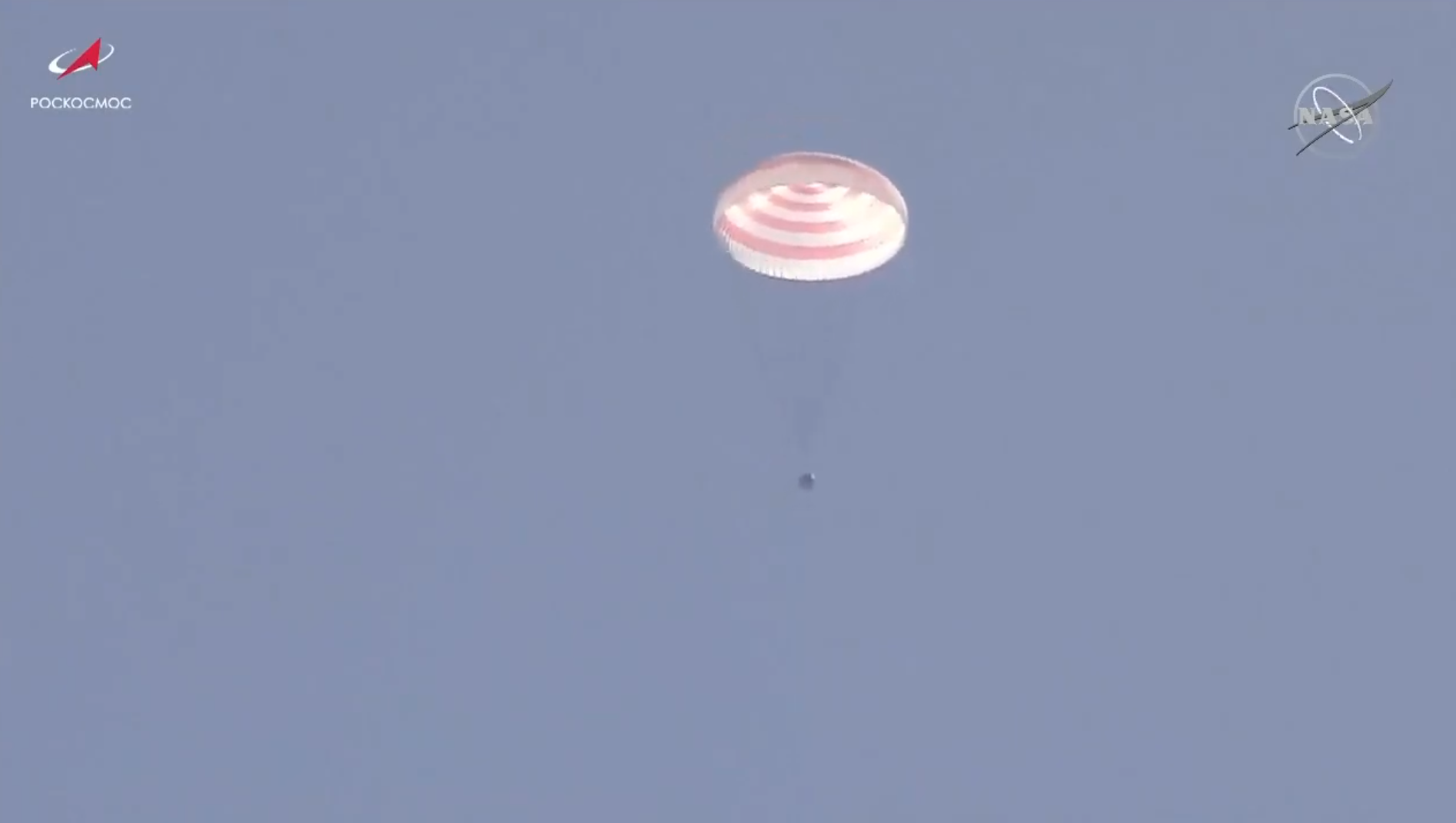 Soyuz MS-17 and its three crew members descend under a parachute toward the Kazakh Steppe in Kazakhstan. Credit: NASA 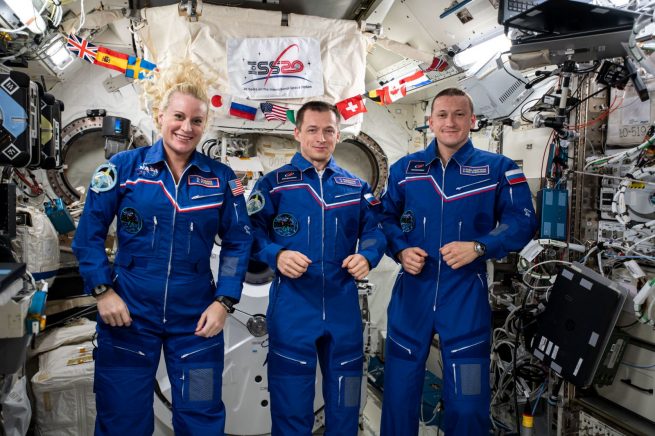 The return of this trio comes about a week after their replacements — Russian cosmonauts Oleg Novitsky and Pyotr Dubrov and NASA astronaut Mark Vande Hei — arrived at the ISS in Soyuz MS-18 on April 9.

Upon undocking from the outpost, the space station officially transitioned from Expedition 64 to Expedition 65 with Walker commanding the increment until Crew-1’s departure, currently slated for the end of April, about a week after the Crew-2 Dragon astronauts arrive.

For Soyuz MS-17, their journey home started when they boarded their spacecraft and closed the hatches between their vehicle and the ISS. This occurred at 6:24 p.m. EDT (22:24 UTC), about three hours before undocking.

Once the spacecraft undocked from the Poisk module, located on “spaceward” side of the ISS, several departure burns were initiated to gradually move Soyuz MS-17 away from the orbiting laboratory.

Over the next several hours, the spacecraft continued to move away from the ISS to the point where it performed its deorbit burn, allowing it to make its way back to Earth. The 4-minute, 39-second burn occurred at 12:01 a.m. EDT (04:01 UTC). 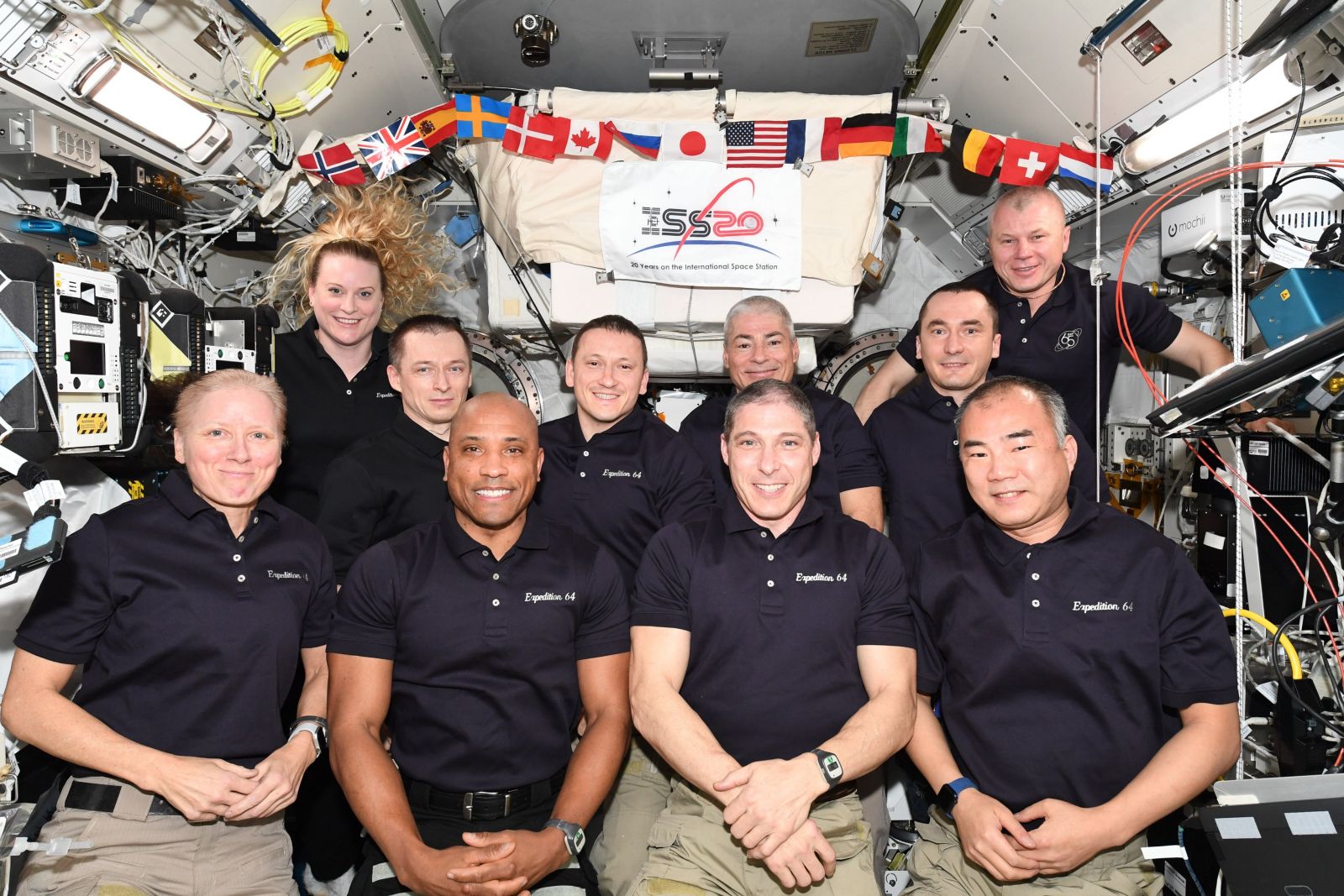 A photo of the 10 astronauts and cosmonauts from three different spacecraft together aboard the International Space Station. Credit: Sergey Kud-Sverchkov/Roscosmos/NASA

About 25 minutes later, Soyuz MS-17 performed “tri-module separation,” which separated the orbital module and the service module from the descent module. Only the descent module, where the crew resides, has a heat shield to allow for safe re-entry into the atmosphere.

Within minutes, Russian search and rescue teams reached the capsule and began the process of helping the crew exit the craft, which had landed upright. 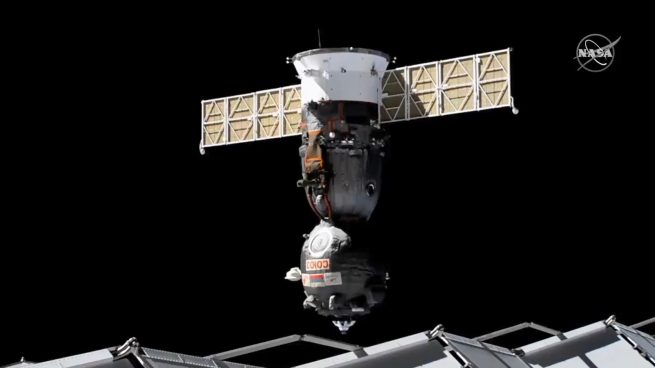 The first out of the capsule was Ryzhikov. He was followed by Rubins and then Kud-Sverchkov.

They were each moved to chairs near the capsule for initial medical checks and opportunities to communicate with friends and family via a satellite phone.

After several minutes, the three were transported into a nearby inflatable medical tent for additional checks and to get out of their Sokol launch and entry suits.

From there, the crew is expected to board helicopters to fly to Karaganda, Kazakhstan, where they will part ways. Ryzhikov and Kud-Sverchkov will fly to Moscow and Rubins will return to Houston.

This was Ryzhikov’s second spaceflight. His cumulative time in space now stands at 358 days. This was Kud-Sverchkov’s first trip to space.

Rubins concluded her second trip to the ISS. Her career time in space is now 300 days.