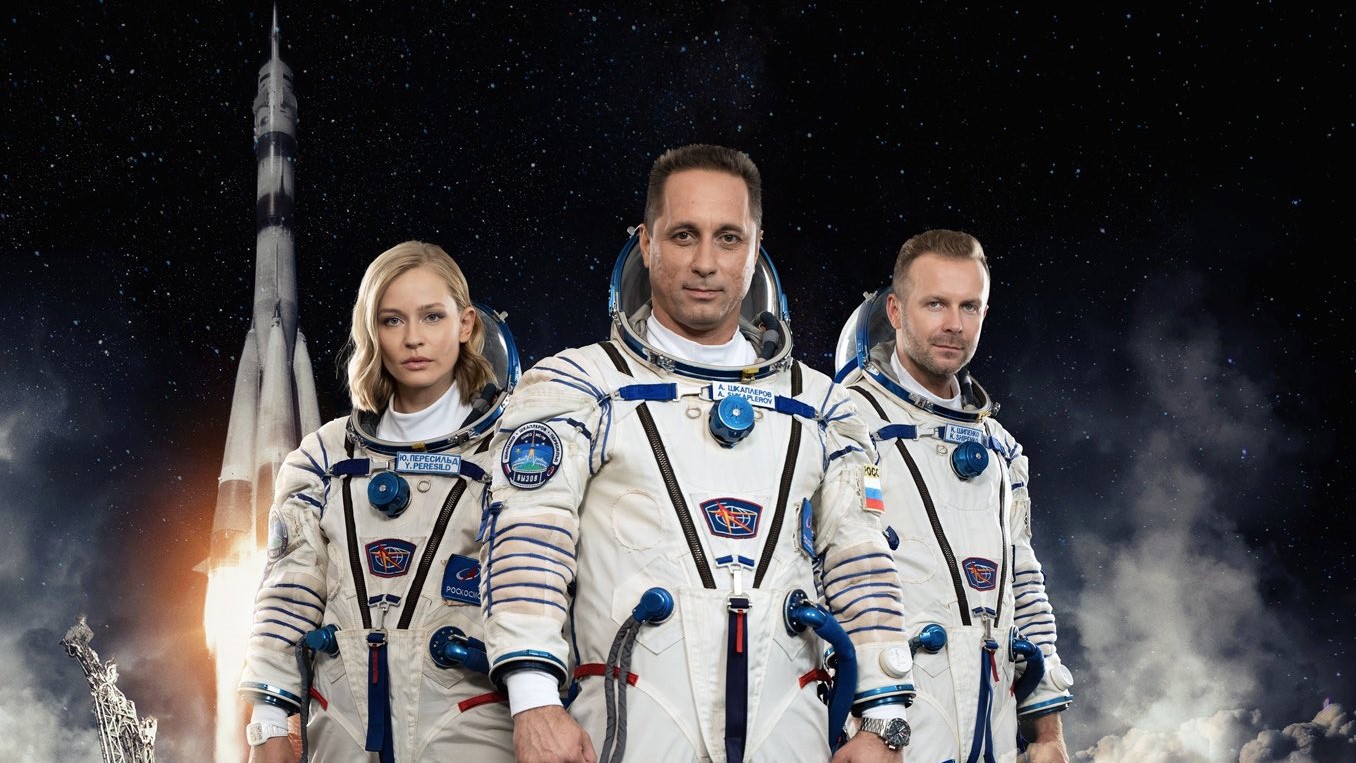 The Russian Soyuz MS-19 crewed spacecraft launched to the International Space Station on a mission to film scenes for a feature-length movie set aboard the orbiting outpost.

Liftoff took place atop a Soyuz 2.1a rocket at 4:55 a.m. EDT (8:55 UTC) Oct. 5, 2021, from Site 31 at Baikonur Cosmodrome in Kazakhstan. Aboard was professional Russian cosmonaut Anton Shkaplerov, 49, as well as a Russian film crew consisting of 38-year-old director Klim Shipenko and 37-year-old actress Yulia Peresild. Together, along with the help of several astronauts and cosmonauts already aboard the International Space Station, they are set to film the first feature-length movie partially set aboard the orbiting outpost. 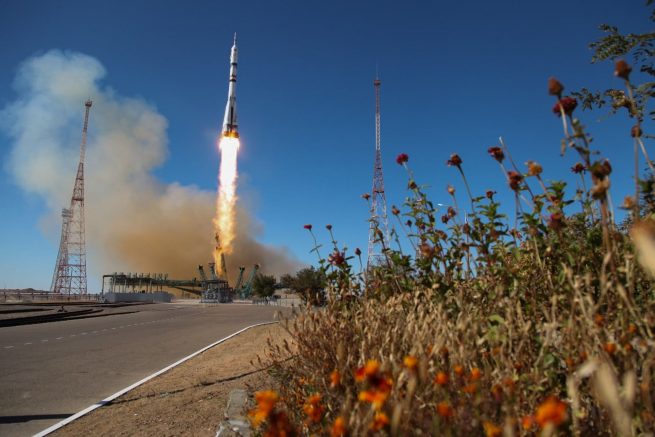 After launch, Soyuz MS-19 and its crew arrived at the ISS in just two orbits of Earth. The spacecraft was set for an autonomous docking with the Earth-facing port of the Rassvet module shortly after 8 a.m. EDT (12:00 UTC). However, the KURS docking system — the system used for autonomous docking — experienced issues forcing Shkaplerov to perform a manual docking.

Shortly after docking, Roscosmos (the Russian state corporation for space activities) Director General Dmitry Rogozin congratulated the crew and asked Shipenko and Peresild how they were doing following their ascent and docking.

They said they were doing well and even managed to do some filming during the docking process.

“It was a little bit dramatic at the end in order for your movie to be more dramatic,” joked Rogozin.

After around three hours of leak checks between the Soyuz and ISS, the hatches between the two vehicles were opened at 11a.m. EDT (15:00 UTC). After filming some initial hatch opening an entry scenes, a welcoming ceremony and video conference with friends and family on Earth was then performed. For the next 12 days, 10 people will inhabit the International Space Station. 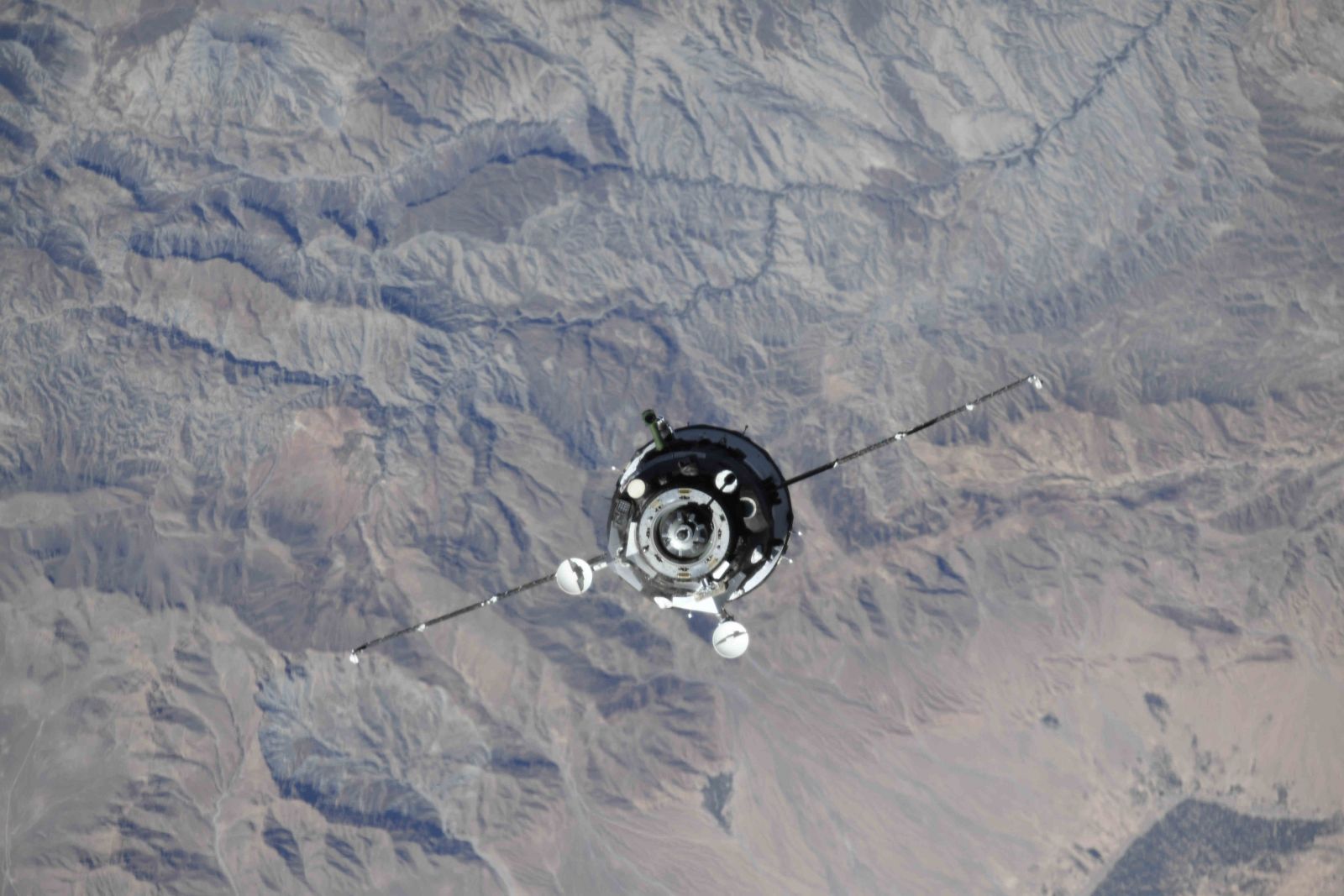 Shipenko and Peresild (who is only the fifth Russian woman to fly to space) are expected to spend the next 12 days filming some 35 to 40 minutes worth of the movie, which is called “Challenge.”

According to Collect Space, Challenge is about a Russian cosmonaut requiring emergency surgery in order to survive returning to Earth after experiencing a cardiac arrest during a spacewalk at the ISS. That surgery needs to be performed by a surgeon, played by Peresild, who is launched to the outpost in order to perform the procedure. 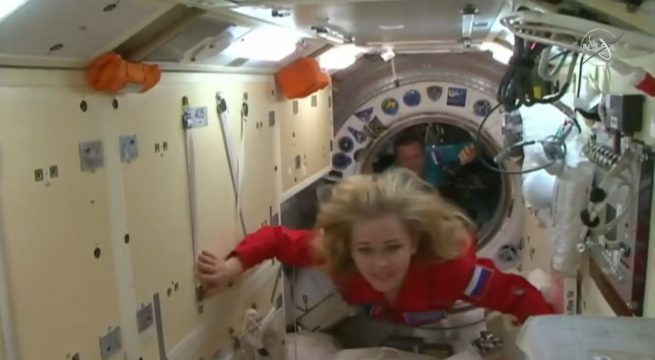 Yulia Peresild, front, floats into the International Space Station with her director and producer Klim Shipenko following behind her. Credit: NASA

Shipenko, in addition to directing on orbit, is also expected to fill the role of make-up artist, sound editor and cinematographer, according to Collect Space.

At the conclusion of the 12-day filming period, Shipenko and Peresild are slated to return to Earth with Novitsky, who has been in space since April, in Soyuz MS-18.

That means the film director and actress will be taking the seats of Dubrov and Vande Hei, who launched aboard that spacecraft with Novitsky. Soyuz MS-18 is set to land in Kazakhstan on Oct. 17.

Meanwhile, Dobrov and Vande Hei will return to Earth in March 2022 with Shkaplerov aboard Soyuz MS-19 after spending nearly a year in orbit.

For NASA’s Vande Hei, that’ll make his flight the single-longest for an American astronaut, beating the 340-day record set by Scott Kelly in 2016 by some 10 or more days. His total time spent in space will accumulate to nearly 521 days over his two flights. 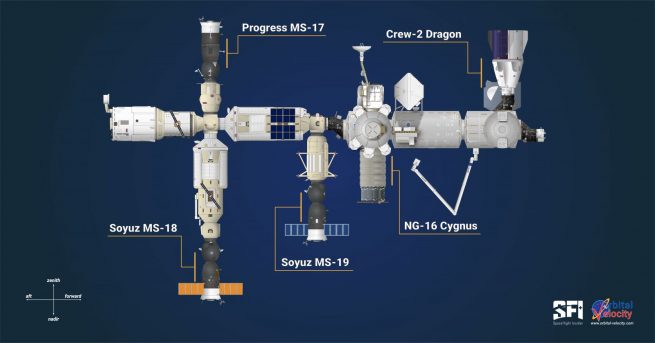 Shkaplerov, who is on his fourth flight to space, has already logged more than 533 days in space from his previous flights. With his current long-duration stay aboard the ISS, he is set to move to seventh place in the record for the most time spent in space.

Dubrov is on his first spaceflight.

Today’s flight was the first Soyuz launch without a NASA astronaut since Soyuz TM-30 in 2000, which was the last crewed flight to the Russian Mir space station.

Overall, this was the 65th Soyuz spacecraft destined for the ISS and the 148th to fly since the Soyuz 1 in 1967.

The next Soyuz mission, Soyuz MS-20, is expected to occur in December 2021. Assuming all goes according to plan, it will be the first dedicated “tourist” flight to the International Space Station. Aboard will be professional Russian cosmonaut Alexander Misurkin, who will be on his third flight, and two spaceflight participants — billionaire Yusaku Maezawa and his photographer Yozo Hirano.

Soyuz MS-20 is slated to last for about 12 days with the majority of that time spent at the ISS.