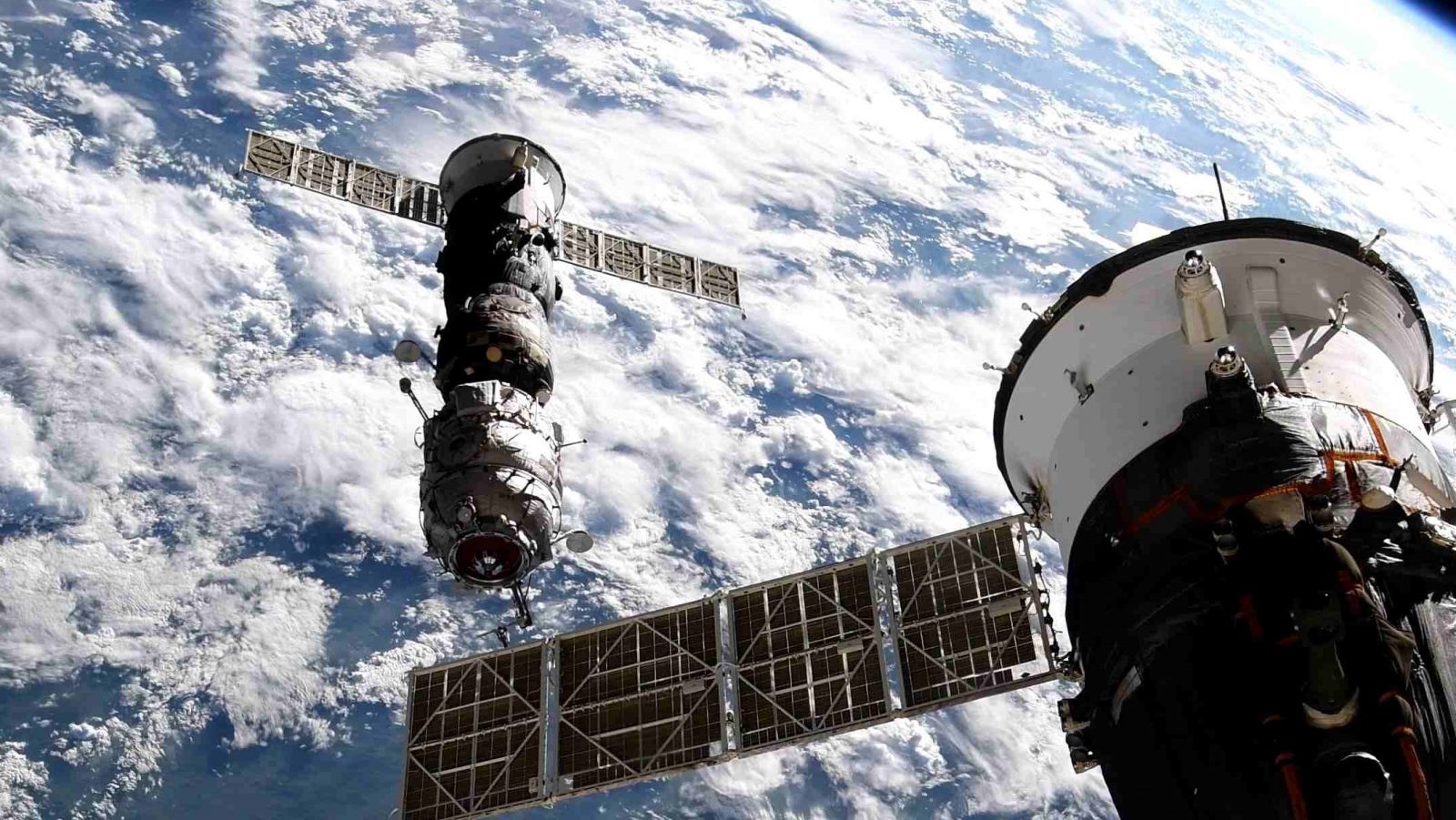 After 20 years of service, the Russian Pirs module departs the International Space Station with the help of Progress MS-16. Credit: Roscosmos

After serving the International Space Station for 20 years, the Russian Pirs module was detached from the orbiting outpost and pulled away by the Progress MS-16 cargo ship.

The detachment of Pirs from the Earth-facing port of the Zvezda service module, which took place at 6:55 a.m. EDT (10:55 UTC) July 26, 2021, came almost a week after the launch of the Nauka module, which is set to take Pirs’ spot at the ISS as early as July 29.

Following the separation of Pirs and Progress MS-16, the cargo craft began a series of maneuvers to push the duo away from the outpost and set it up on a trajectory to eventually perform a deorbit burn. 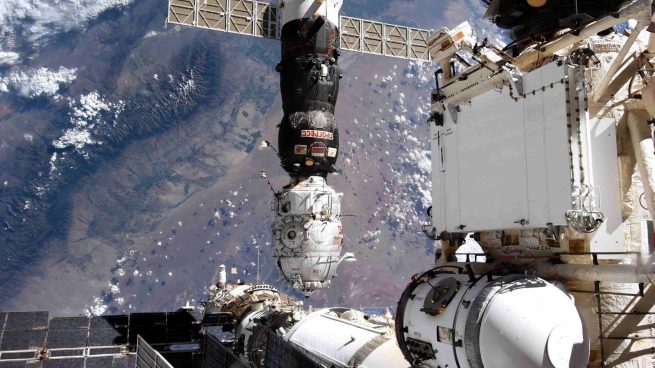 Pirs, which is Russian for pier, was the first major ISS module to be decommissioned at the two-decade-old outpost. However, the space station’s partner space agency’s plan to keep the orbiting laboratory as a whole operating for at least the next five years, if not the remainder of the decade.

In the coming years, additional modules and solar arrays are expected to be sent to the ISS and a new commercial Axiom segment is set to begin assembly as early as the mid-to-late part of the decade.

It was brought to the ISS via a modified Progress service module. Collectively its mission was called SO-1 and Pirs is formally called the “docking compartment.” 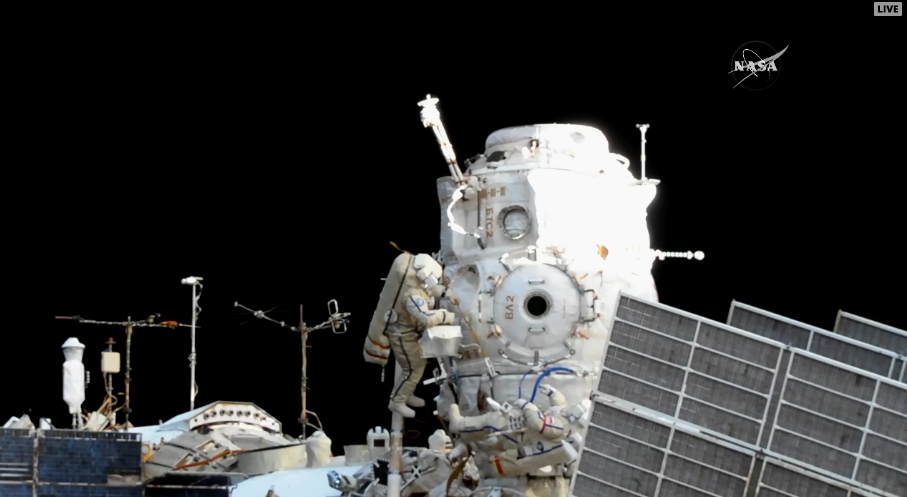 A view of Pirs during a Russian spacewalk. Credit: NASA

Once Pirs was docked at the Earth-facing port of the Zvezda module, it served two major purposes. It was an airlock for Russian-based spacewalks and it provided an additional docking port for Progress and Soyuz spacecraft.

Pirs also allows for the transfer of fuel between Progress resupply ships to the larger Zarya or Zvezda modules, both of which have been in space since 1998 and 2000, respectively.

The SO-1 service module was detached sometime after Pirs’ arrival at the ISS to independently perform a destructive reentry in Earth’s atmosphere. 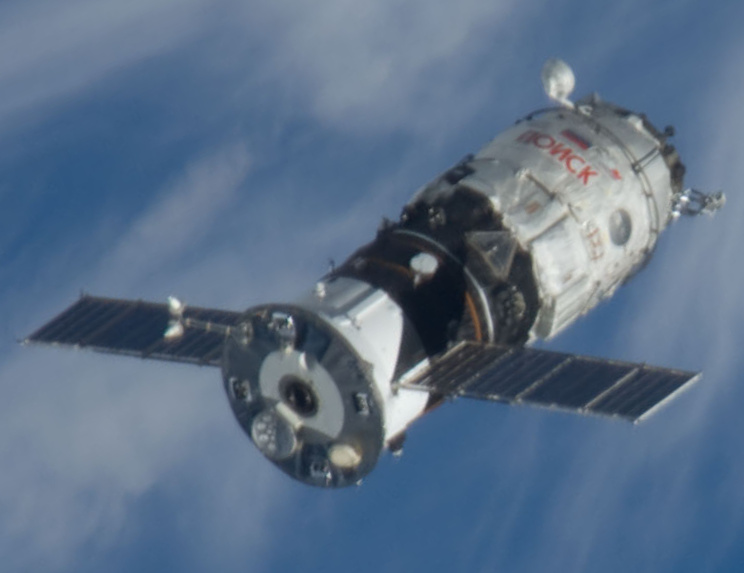 The Poisk module rendezvous with the ISS in 2009. It’s nearly identical to Pirs and uses a similar service module design that brought both elements to the outpost. Credit: NASA

Initially, Pirs was meant to be a temporary module until a larger module was finished and launched to replace it. That eventually became the Nauka module, which was initially supposed to fly to the ISS in 2007.

However, 14 years worth of delays meant that the tiny docking compartment continued to serve as an airlock and place for Russian spacecraft to attach with.

In 2009, a similar module called Poisk, which is Russian for search, was launched to the ISS and docked at the space-facing port of Zvezda. It initially served as a backup airlock to Pirs as well as an additional docking port for Russian spacecraft.

As Poisk is also called the “Mini-Research Module 2,” it also has some science capabilities

It was launched in a similar fashion to Pirs — with a modified Progress service module. After its arrival, the service module detached and was deorbited.

With Pirs now gone, Poisk will be the primary spacewalking location for Russian-based EVAs, as it has done for the previous two in 2021, which were both used to decommission Pirs by disconnecting various power and data cables from the module.

Now that Pirs has been removed, the next step will be for the Canadian robotic arm — Canadarm2 — to walk from the U.S. side of the ISS to a grapple fixture on the Zarya module in order to be maneuvered for its cameras to look at the now-vacated Earth-facing Zvezda docking mechanism. 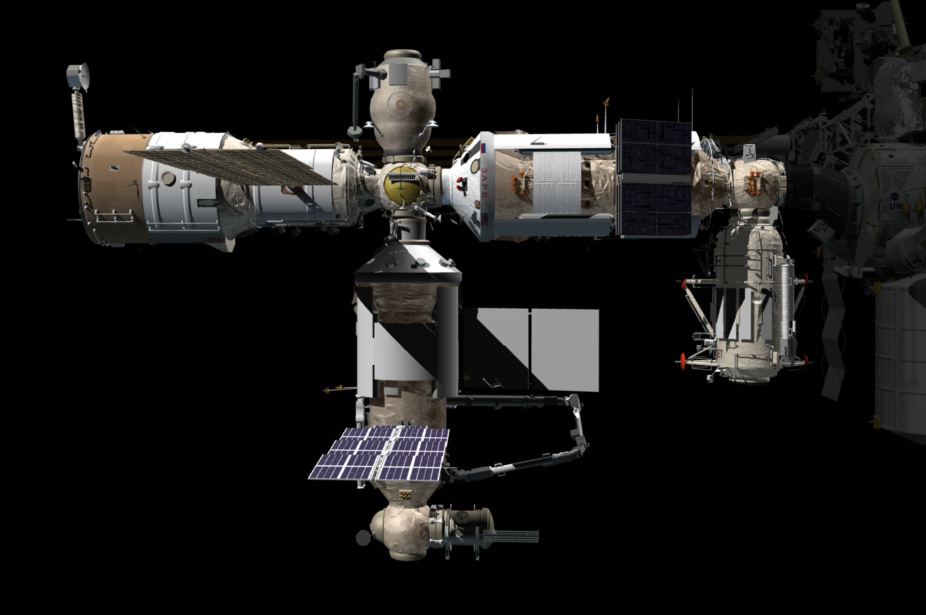 The Nauka Multipurpose Laboratory Module is slated to dock as early as July 29, 2021. Credit: NASA

Should the inspection find any foreign object debris, or FOD, then a contingency spacewalk is expected to be performed by the two Russian cosmonauts aboard the ISS — Oleg Novitsky and Pyotr Dubrov.

However, if nothing is discovered, as is expected, then Nauka will be cleared to dock. That docking is currently anticipated for 9:25 a.m. (13:25 UTC) July 29. However, it’s unclear if that is still the plan as the module has experienced a number of technical issues since its launch. 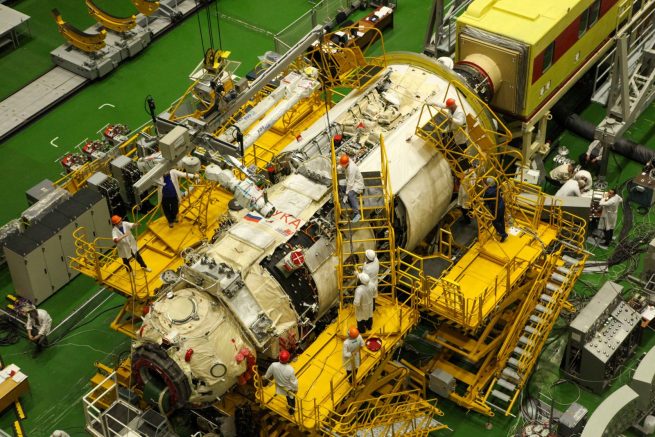 The Nauka module in Baikonur being prepared for launch. Credit: Roscosmos

These have included problems with propulsion systems as well with rendezvous systems, among others.

That said, the fact that Roscosmos went ahead with the removal of Pirs is a good sign of the agency’s confidence in Nauka arriving at the ISS successfully. Throughout the last week, technicians have worked through the problems that have cropped up and continued to gradually raise the module’s orbit in order to meet with the ISS.

Moreover, once the module arrives, it’ll eventually get a radiator and experiment airlock attached to it, both of which are currently stowed externally on the Rassvet module, which has been at the ISS since 2010.

After Nauka is fully attached with power and data cables connected, another Russian segment addition is slated to be launched — the Prichal node module. It’ll be located on the space-facing port of Nauka. It’ll be sent to the ISS using the same method used by Pirs and Poisk — a modivide Progress service module. That launch is slated for November 2021.