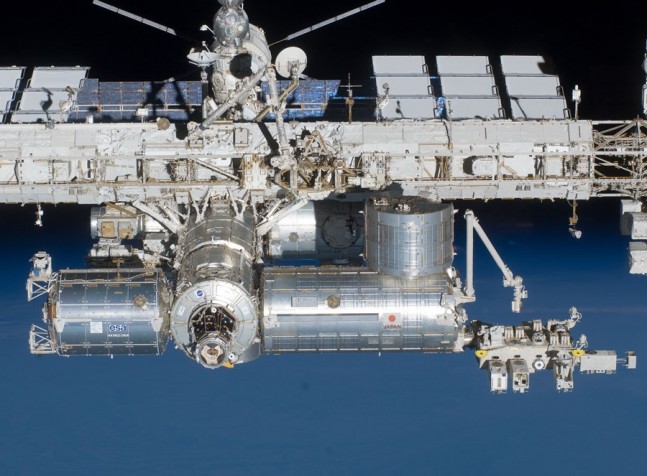 Reports from Russia last week indicate that at least some factions of the country’s space sector are considering ending the partnership with the International Space Station (ISS) in favor of a new Russian station. This comes less than a month after all of the heads of ISS space agencies reaffirmed their commitments to the station through 2020. This latest announcement reinforces statements made by the country’s Deputy Prime Minister and suggest a growing divide among the 16 nations that participate on the ISS.

On Monday Nov. 17, the Russian paper Kommersant reported that a senior official of the Central Research Institute of Machine Building (a research center for the Russian Federal Space Agency) asserted that the country could begin constructing a new station as early as 2017. The basis for this new station, according to Kommersant, would be the three modules Roscosmos is currently planning on attaching to the ISS between 2017 and 2018. According to the source, “The initial configuration will be constructed on the foundation of the Multipurpose Laboratory Module, a node module, and the OKA-T free-floating laboratory spacecraft.”

The Kommersant article even noted the expected orbital inclination of the reported Russian space station. The ISS currently orbits at 51.6 degrees, offering sparse views of the Russian mainland. The new station would allegedly orbit at 64.8 degrees. At this inclination, ninety percent of Russian territory would be visible. Moreover, as Russia continues to consolidate its space industry within its domestic borders, a station at a higher inclination would be more easily serviced from the Vostochny Cosmodrome under construction in the Russian Far East. The space station’s boosters are reportedly to be comprised of the untested Progress-MS and Soyuz-MS, as well as from components of Russia’s modernization and industrial repatriation efforts. The station has been reported as a proving ground and way station for lunar missions. Construction at the Vostochny Cosmodrome under construction in the Russian Far East. Image Source: RT

Rumors have abounded for years regarding Russian intentions about completion of the ISS mission. The Moscow Times reports that proposals for a new Russian station using modules from the ISS date as far back as 2004. The Kommersant report suggests that Roscosmos is considering implementing that plan earlier than the termination of the ISS, withdrawing it support two or three years before the country’s stated commitment.

Yet, despite the senior position of the Kommersant source and the level of detail specified in the report, details from within the space agency support many industry analysts are skeptical of the claims.

Leaks from Roscosmos’ budget requests and planned ISS participation all confirm the space agency’s intention of remaining faithful to its pledge to remain a partner until 2020. That includes an unprecedented $6.8 billion allocation over the remainder of the ISS’ lifecycle. Deputy Prime Minister Dmitry Rogozin stressed, in response to the story, that Russia is committed to the 2020 date. He hinted, however, that any further extension could be unlikely, and that a decision may come by the end of the year.

During Russia’s recent military actions in Ukraine and the subsequent sanctions placed on the nation – Rogozin stated that Russia would cease export of the RD-180 rocket engine, close U.S.-based GPS stations within Russia – and end Russian participation on the ISS – in 2020. Rogozin made these statements in May of this year.

The Central Research Institute did not confirm the authenticity of the Kommersant report when questioned by the Moscow Times. The Russian Interfax news agency reports that Roscosmos denies any such plans are in place, and that such a project would present both technical and financial difficulties.

The United States announced in August of this year that it would commit to an extension of the ISS at least until 2024. To date, all ISS partners have committed through 2020, including Russia.

The United States needs to separate itself from Russia ASAP and get our own rocket motors and stop paying Russia for transportation to station. It’s time we invest in American jobs and stop giving Russia money to keep their people employed.

Considering the international flavour of the latest Soyuz flight to the ISS (Russian, American, Italian), this is very disappointing. Oh, what we could accomplish as a species if politics and petiness didn’t get in the way.

That being said, if Russia insists on operating outside the accepted norms of civilized behaviour, then maybe a separation is necessary. But the rest of the world had better stand up and take notice, or we’ll find ourselves chasing after the Russians (or Chinese) again, just like the 1960’s. But don’t just invest in America. Invest in an international community of similar interests. There’s alot that the world has to offer.

The major question should be can Russia really afford to build and run a space station on its own in todays world economic market. Putin is crazy and can’t be predicted, but aside from his dream of recreating the past greatness of the Soviet state, will he want to take that large a hit to his economy? I have doubts that he could assemble an international partnership as economically influential as ISS

Remember when Gorby offered Reagan: Lets go to Mars together, which perhaps should have been followed up! The ISS was placed into the orbit it was, so the Russians could reach it. Now they want their own higher orbital facility. Hell the ISS is supposed to be a partnership. If so why are we paying upwards of 70 mil a seat? That doesn’t sound like a partnership to me, but what do I know? We bent over backwards to convince the Russians to join the ISS project. Maybe it is time to set them adrift.

This international thing is not working for us. The United States ends up paying the tab. Right now were paying Russia to fly with them, like the above comments say, how is that a partnership. And now were letting the ESA build the service modules for SLS and were paying for that too. The only thing were accomplishing is keeping our people UNEMPLYED and making sure the foreigners stay employed and using Americans tax dollars to accomplish it.