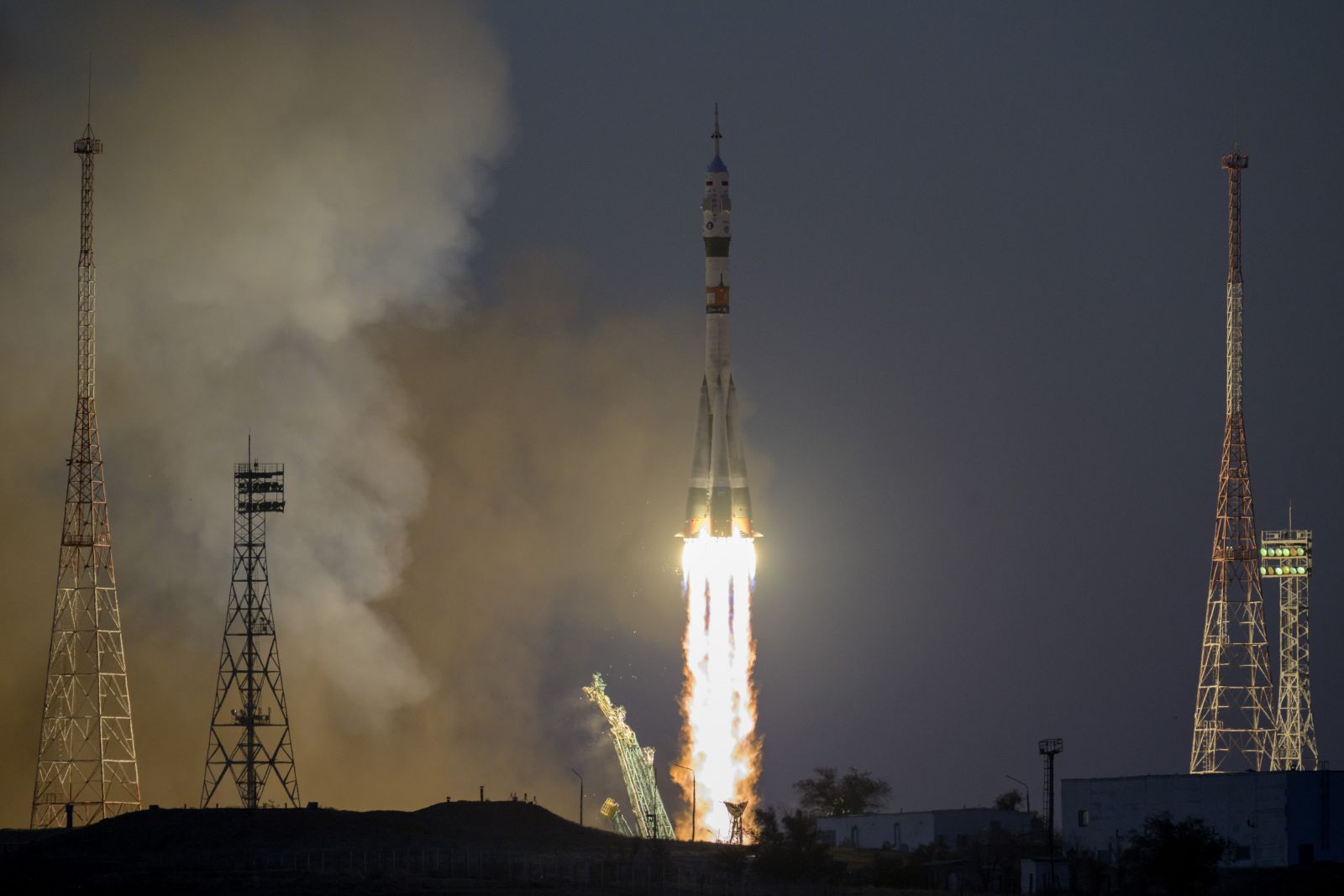 Soyuz MS-22 docked with the Earth-facing port of the Rassvet module at 1:06 p.m. EDT (17:06 UTC). After several hours of leak checks, the trio entered the space station to begin their six-month stay aboard the orbiting outpost. 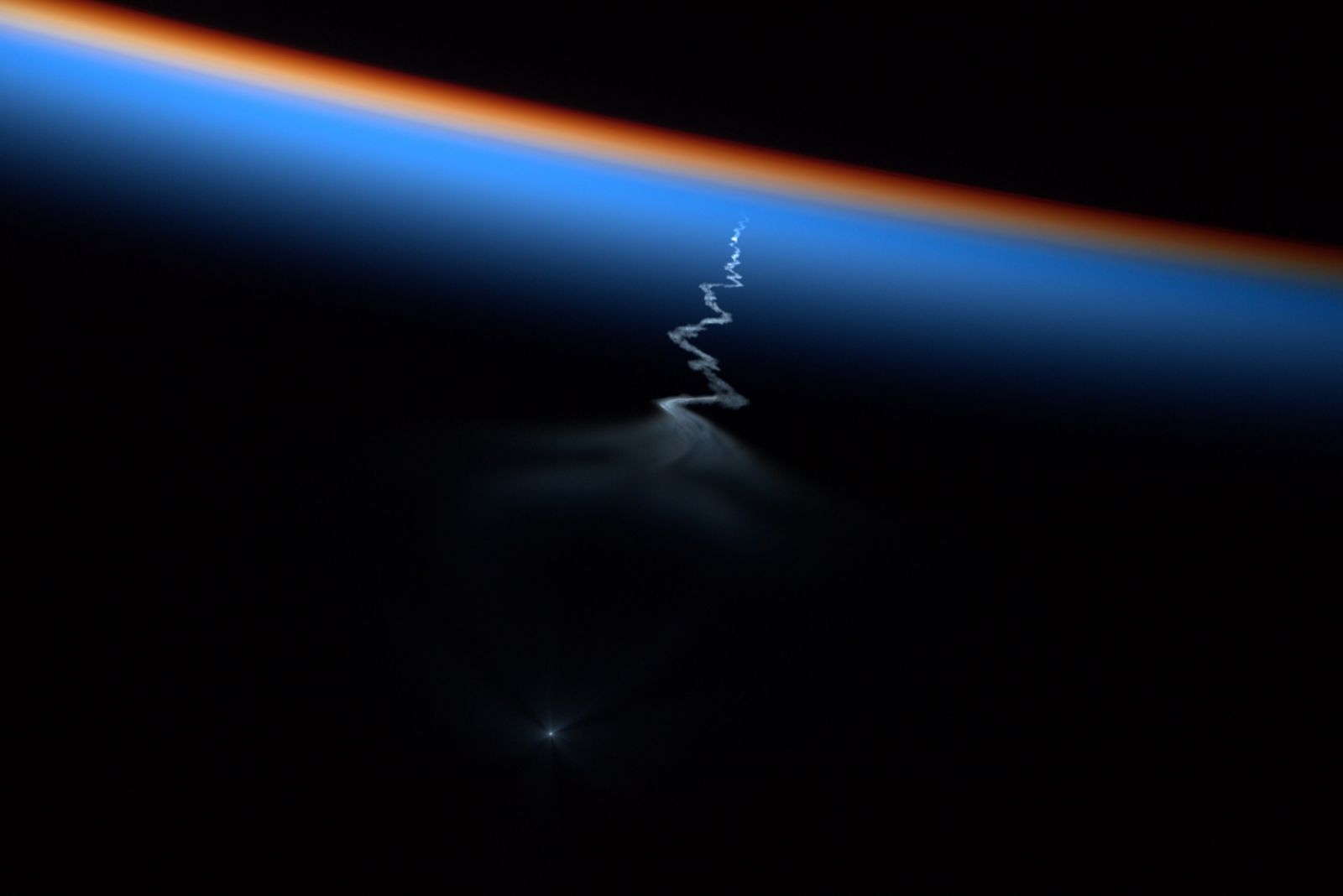 The launch of Soyuz MS-22 as seen from the International Space Station. Credit: Samantha Cristoforetti / ESA

This is the first mission part of the Russia-United States crew swap program which will see American astronauts flying on Soyuz and Russian cosmonauts flying on commercial crew spacecraft.

This particular mission saw Rubio fly in a Soyuz spacecraft while Russian cosmonaut Anna Kikina is slated to launch a couple weeks from now aboard SpaceX’s Crew-5 mission to the ISS.

Prokopyev, Petelin and Rubio are replacing the Soyuz MS-21 crew — Russian cosmonauts Oleg Artemyev, Denis Matveev and Sergey Korsakov — who have been aboard the ISS since March as part of Expedition 67. 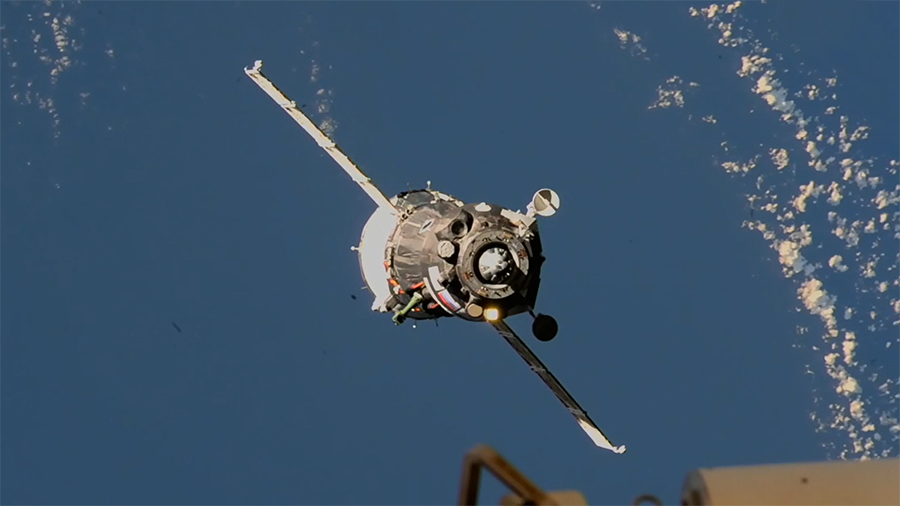 When Soyuz MS-21 leaves the ISS (currently scheduled for Sept. 29), Expedition 67 will formally end and Expedition 68 will begin.

Also aboard the outpost are the astronauts of Crew-4 — NASA’s Kjell Lindgren, Bob Hines and Jessica Watkins, and the European Space Agency’s Samantha Cristoforetti. They have been in space since late April and are slated to return to Earth about a week after Crew-5 arrives at the ISS.

Crew-5 is currently slated to launch at 12:45 p.m. EDT (16:45 UTC) Oct. 3 aboard Crew Dragon Endurance. Aboard will be NASA’s Nicole Mann and Josh Cassada, Japanese astronaut Koichi Wakata and Russia’s Kikina. Docking is slated for about a day after launch.