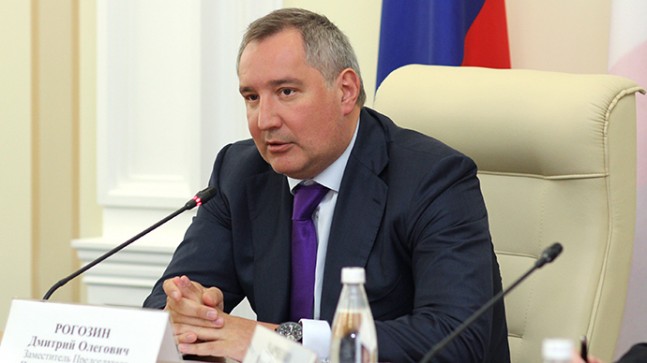 News network RT reports that Russian Deputy Prime Minister Dmitry Rogozin has announced a ban on Washington from using Russian-made rocket engines on missions carried out for the U.S. Department of Defense. According to RT, the decision to limit the use of these engines is one which stems from how these engines will be used – and suggests that the touted relations between the U.S. and Russia are continuing to decline.

“We proceed from the fact that without guarantees that our engines are used for non-military spacecraft launches only, we won’t be able to supply them to the US,” Rogozin is cited as saying by Interfax news agency.

Mr. Rogozin, who heads the country’s defense industry, announced that Russia is considering halting the operations of all American GPS stations on its territory, starting from June 1. However, Russia has stipulated that this would only take place if the U.S. would fail to host similar stations for Russia’s version of GPS – the GLONASS system before the end of this month. A comparison of the GPS and Glonass systems. Image Credit: Moscow News

At the present time, the U.S. is dependent on the Russian-built RD-180 and NK-33 (known in the U.S. as the AJ-26) rocket engines, which are used on United Launch Alliance’s (ULA) Atlas V family of launch vehicles and the Antares rocket which is produced by Orbital Sciences Corporation. The Atlas V is one of the two launch vehicles which carry out all missions under the Evolved Expendable Launch Vehicle (EELV) program (the other being the Delta IV rocket).

On April 30 of this year, Judge Susan G. Braden of the U.S. Court of Federal Claims issued an injunction which stopped ULA from procuring 36 Russian-made RD-180 engines. The injunction originated from ULA’s alleged violation of recent U.S. government sanctions against Russia due to the turmoil in the Ukraine.

In response to preliminary injunction that halted United Launch Alliance’s (ULA) purchase of the Russian-built RD-180 rocket engines, ULA has stated, “The letters submitted by U.S. Departments of State, Treasury and Commerce explicitly stated that NPO Energomash is not subject to any of the current sanctions and that ULA’s continued purchase of the RD-180 does not directly or indirectly contravene the Ukraine sanctions.” NASA is currently dependent on Russia for flights to the International Space Station using the Soyuz rocket. Photo Credit: NASA

Given that the RD-180 is produced by Russian firm NPO Energomash, SpaceX founder and CEO Elon Musk had criticized their use delivery defense payloads to orbit. For his part, Rogozin was somewhat optimistic this situation can be resolved.

“We’re starting negotiations, which will last for three months. We hope that by the end of summer these talks will bring a solution that will allow our cooperation to be restored on the basis of parity and proportionality,” Rogozin said.

He did not rule out more severe actions if the issue could not be settled, stating that the GPS stations would: “be permanently terminated.” Some of Rogozin’s more stunning statements suggested that Russia might be considering leaving the International Space Station partnership by 2020.

“We currently project that we’ll require the ISS until 2020,” Rogozin said. “We need to understand how much profit we’re making by using the station, calculate all the expenses and depending on the results decide what to do next.”

The use of the word profit, could refer to the $70 million that NASA pays per seat on Russia’s Soyuz spacecraft. At present, the United States lacks the ability to deliver astronauts to orbit and is relying on Russia to carry crews to the space station.

Relations between the U.S. and Russia have been on the decline ever since Russia’s military actions in the Ukrainian Republic of Crimea. The chilling of relations between the two provided an opportunity for SpaceX to tout its exclusively U.S.-built Falcon 9 launch vehicle. The Russian PM’s recent remarks have served to underscore the issue of the use of Russian-built rocket engines.

The situation has once again come to the fore with Rogozin’s statements that his government does not want the RD-180 used for missions carried out on behalf of the DoD. His comments on RT suggest that the recent chain of events were caused, in part, by the ever-changing status of U.S. space efforts. It is also likely that the fact he is one of several Russian officials which were placed on a sanctions list due to the situation in the Crimea might also have played a part.

“We are very anxious about developing serious hi-tech projects with such an unreliable partner as the U.S., which politicizes everyone and everything, which are ready to risks prospects that affect the interests of the whole human being but not only the U.S.,” Rogozin said.

Things have changed from the time when Soviet Union disintegrated in nineties. Putin’s Russia in recent time is assertive and working in line with his policy of multi polar world